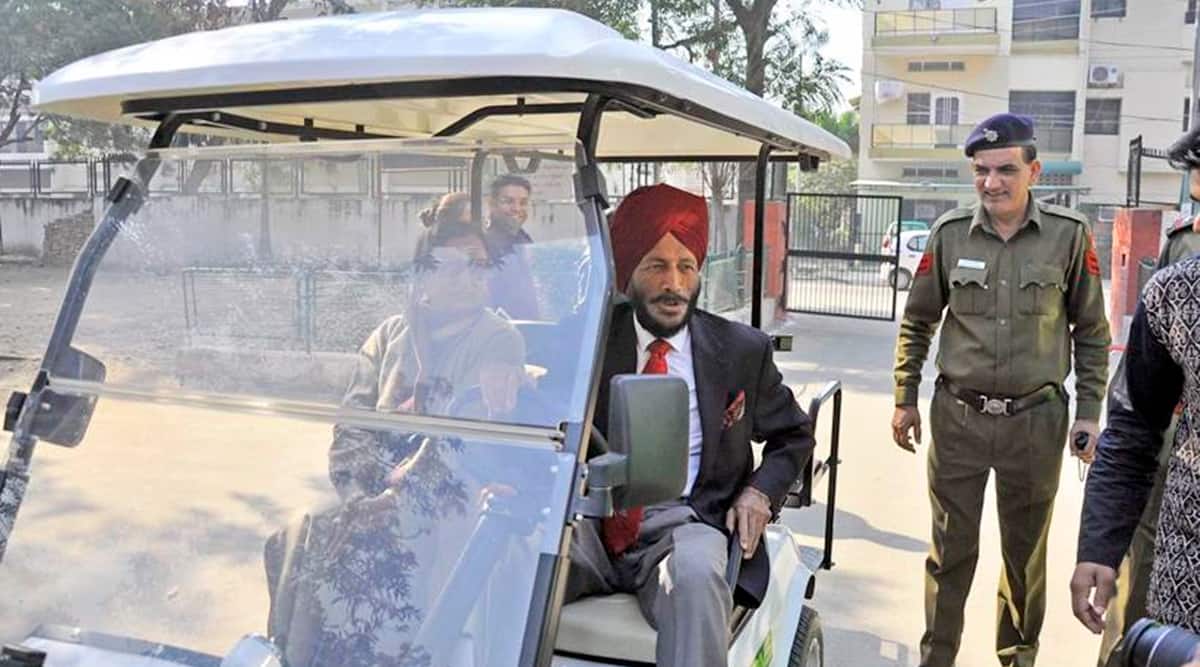 “One of our cooks had fever earlier this week and when he told us, all of us decided to get tested on Wednesday. Unfortunately, my husband Milkha Singh has tested positive for Covid-19. He was asymptomatic till last evening and had slight fever last night. He is in isolation at home and the fever has subsided now,” said Nirmal Kaur, Milkha Singh’s wife while speaking with The Indian Express. While Singh, 91, has been a regular at the Chandigarh Golf Club, the former athlete has been staying indoors for the last 2-3 months. His son and International golfer Jeev Milkha Singh is currently in Dubai, where he had gone to compete in a tournament, and will be arriving to India later this week. Singh was supposed to attend the opening up of the Covid Care Mini Centre at Sector 43 Sports Complex inaugurated by UT Administrator VP Singh Badnore on Thursday.

“He was invited for the inauguration and he was to attend the event today. he had been following all the precautions including double mask. Right now, we are in touch with the doctors at PGI and they have prescribed him antibiotics. The United Sikhs NGO has also sent an Oxygen concentrator in case he needs it and by god’s will and prayer of his fans, Sardar ji will recover from this. Jeev is in Dubai and will be back to India later this week. His wife Kudrat has been taking care of all of us and the whole family is following all the precautions,” added Kaur.