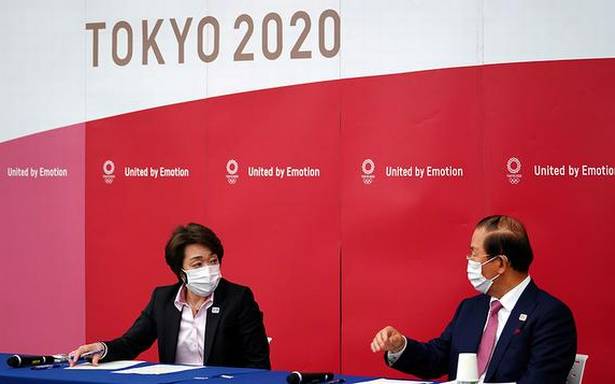 Olympic Minister Tamayo Marukawa says Japan has not been consulted by the IOC about the Chinese vaccines, and that Japanese athletes would not take them.

Japan will not take part in China’s offer — accepted by the International Olympic Committee — to provide vaccines for “participants" in the postponed Tokyo Games and next year’s Beijing Winter Games.

Olympic Minister Tamayo Marukawa said on Friday that Japan had not been consulted by the IOC about the Chinese vaccines, and that Japanese athletes would not take them. She said the vaccines have not been approved for use in Japan.

“We have been taking comprehensive anti-infectious disease measures for the Tokyo Games in order to allow participation without vaccinations,” Ms. Marukawa said. “There is no change to our principle of not making vaccinations a prerequisite.”

Announced by IOC President Thomas Bach on Thursday, the surprise deal comes as China faces mounting international pressure over the internment of at least 1 million Muslim Uyghurs, which has been labeled a “genocide” by several governments and human-rights bodies.

The IOC has indicated it is a sports body and will not meddle in domestic issues in China.

The IOC initially said it would not require athletes to get vaccines, but only encourage it. The deal with China puts more emphasis on getting vaccines to young, healthy athletes and others.

The IOC has said it will pay for the vaccines but gave no indication of the cost or quantity.

Ms. Marukawa pointed out that the Olympics is being held as if vaccines are not available, relying on testing, masks, social distancing and keeping athletes in a “bubble.” Distribution of China’s vaccine will be through international agencies or existing vaccine agreements countries have with China, Mr. Bach said.

China, where the COVID-19 outbreak emerged in late 2019, has actively engaged in vaccine diplomacy, using doses developed by Sinovac and Sinopharm. Trials have produced generally lower levels of efficacy than vaccines produced outside China.

Mr. Bach said Thursday “that a significant number of Olympic teams have already been vaccinated." He did not name the countries.

“The IOC will make every effort to have as many participants in the Olympics and Paralympic Games arriving already vaccinated in Japan this summer," Mr. Bach said.

About 80% of Japanese in recent polls say the Olympics should be postponed or canceled, and almost as many do not want fans from abroad.

Ms. Hashimoto said again that the decision on fans from overseas will be made before the torch relay begins on March 25. Numerous reports in Japan say the decision has already been made to ban foreign visitors.

She also said a decision on venue capacity will be made in April.

“The sooner the better,” she said. “At an earlier stage it is better to present the direction. We’ve been receiving requests to make the decision sooner.