Having played in the 2001 US Open, Leander Paes and Mahesh Bhupathi look back on how terror unfolded. 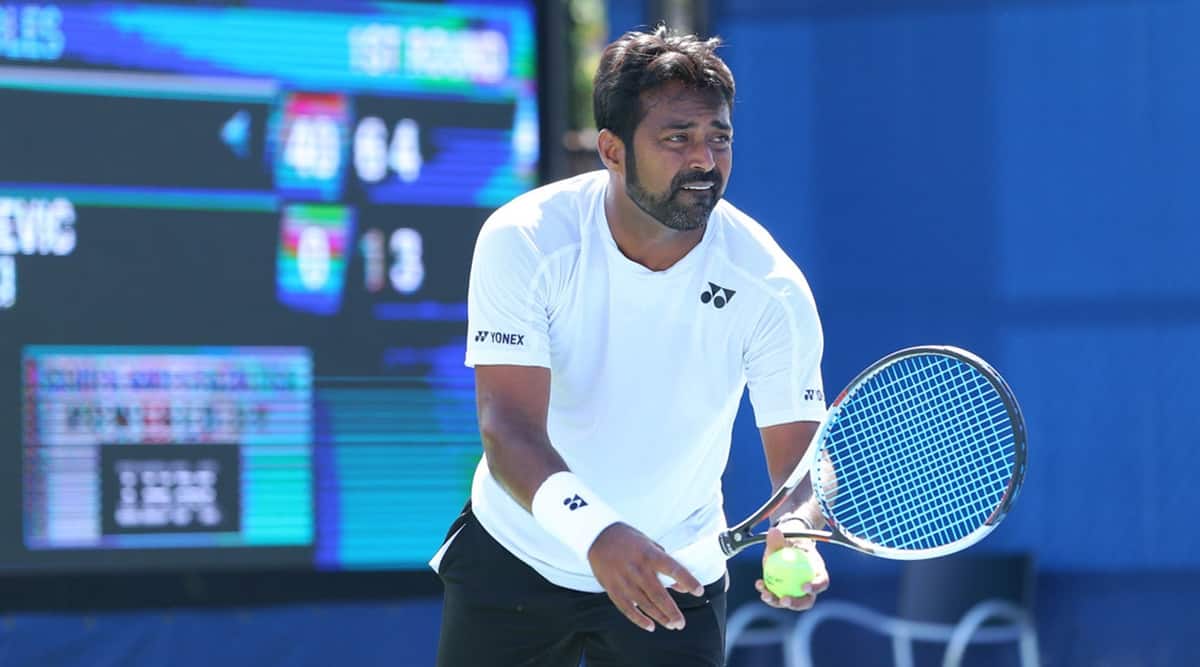 The twin towers crashed to the ground, smoke and debris rose, thousands died and the world changed. Travel was no longer the same since September 11 and sportspersons faced additional hurdles. For professional shooters, carrying arms and ammunition, the ordeal had begun at security checks, while tennis players found it harder to carry their racquets as cabin baggage. Some of those who were close to Ground Zero and others for whom air travel was not as smooth as before recall their travails.

The flight to Frankfurt from New York had been smooth until a German security team ‘stormed’ the aircraft. It was an unusual sight, Leander Paes remembers. At that point, as he was in the air, he hadn’t known about the coordinated terror attacks in Lower Manhattan. The plane was scanned before the team allowed passengers, including Paes to deboard. Paes recalls asking a high-ranking security official what was the reason for the entire ordeal, as he waited for his connecting flight back to India.

“The head of security basically took me to his office, sat me down and turned on the television,” he says. A day earlier, Paes was at the World Trade Centre Tower 1 before he took a car to the airport. He watched in horror the news about planes crashing into the towers. “That’s where I saw the twin towers go down.”

Paes’ regular doubles partner Mahesh Bhupathi was also glued to the television, watching scenes unfold from his New York apartment, around 72 blocks away from ground zero. Paes-Bhupathi had lost in the first round of the US Open but were to play a Davis Cup tie in Winston Salem, North Carolina, later in the month. “In the beginning we thought it was a plane crash, and then we saw the second plane going into the building,” Bhupathi says. “There was a lot of fear and we had friends in the WTC vicinity who couldn’t get out. They had to walk all the way to my apartment, it was just a mess.”

This Saturday marks the 20th anniversary of a terror attack that claimed nearly 3,000 lives. It happened two days after Lleyton Hewitt won his first-ever Grand Slam title at the US Open, and ten days before India was to play an away World Group Playoff tie against the United States in the Davis Cup.

As the world watched live footage of the twin towers collapsing, tennis wasn’t on anybody’s mind. “Honestly, I don’t think anyone was really thinking of tennis at the time. When this happened, everyone was just thinking about life. Perspective changes,” Bhupathi adds. But as professionals, they had to get back on court eventually. And the Davis Cup tie, between three-time finalists India and the USA, the most successful team ever in the competition, with 32 titles (31 at the time, the last came in 2007), was the first big tennis event scheduled on American soil. But that tie was already in doubt because of the attacks.

The Davis Cup tie was originally scheduled from September 21 to 23. Eventually it was shifted to October 12-14. It gave players some time to travel for tournaments should they choose. “I think it had to be postponed,” James Blake, a former World No.4 and current Miami Masters tournament director, tells The Indian Express. “It would have been so difficult to concentrate on tennis at the time. And it would also have been tough to travel for both teams so quickly when the travel industry wasn’t sure how to react.”
Read |India vs England: What transpired before fifth and final Test was cancelled

Blake was in Augusta, Georgia, when the attacks took place. Like Bhupathi was worried about his friends, Paes was worried about his coach who was in New York, Blake feared for his father who worked in the city as well. “I contacted him and made sure he was okay, but then realised how much the world had changed,” he says. “I had to change my plans because now no planes would be flying for a while. I was lucky to be able to rent a car. I drove all the way from Augusta to Tampa (Florida) to go home.”

Blake, then a 21-year-old yet to consolidate his position in the top 100, decided to play tour events in Hong Kong and Tokyo before he and Andy Roddick were selected to play the singles matches against India. Those quick forays abroad though gave the youngster a brief glimpse into what tennis players could face when they travelled. “It was very strange to travel at that point,” he says. “I didn’t know what to expect, and it seemed kind of eerie after weeks of just being at home not knowing what was going to happen. And not knowing anything about the future of the tour and travel.

“There were a lot more regulations and things were much more strict (during travel). The racquet bag became more of an issue at that point. Before 9/11, (carrying) tennis racquets was never questioned, but now some airlines didn’t want to allow the racquet to be carried on (in flight).”

Eventually, the Americans and the four Indians – Bhupathi, Paes, Harsh Mankad and Fazaluddin Syed – flew into Winston Salem – over 550 miles away from New York. In the Davis Cup, the home-away format had veterans like Paes and Bhupathi expecting a hostile crowd. But the mood had changed. “The atmosphere was fantastic. The public and the American team was fantastic. They welcomed us very well,” Paes says. Sport was back, but what took place just over a month earlier had not been forgotten. Players observed a minute’s silence before the national anthems were played on the opening day. “It was a packed stadium, and there were a lot of tributes to the New York police, fire department and other services by the players and the fans,” Bhupathi adds.

And then it was business, as usual. Roddick and Blake charged through the opening rubbers to give the Americans a 2-0 lead. Then the team of Donald Johnson and Jared Palmer became the eighth pair the Lee-Hesh combination would beat in their unbroken Davis Cup record of 24 consecutive doubles wins. The tie ended as Roddick bested Paes in four sets, and Blake beat Mankad in a dead rubber to give the US a 4-1 win. Yet the score remained an insignificant detail in the tie. The Lawrence Joel Coliseum that hosted the indoor contest seats over 14,000 spectators. In the wake of 9/11, there was fear around large gatherings.

“It impacted the tennis world and the sport world in general because it made everyone question the safety of any large gathering. It made people much more aware that there are bad actors out there and that getting too comfortable could be dangerous,” Blake says.

Yet sport endured, and that was the most important thing, Paes asserts. “It’s important that sport is a vehicle to overcome any sort of trying time for humanity. My parents played through the Olympics in 1972 in Munich (when a Palestinian terrorist group abducted and killed 11 Israelis),” says the 48-year-old.

“After 9/11, we played in the Davis Cup. Now through the Covid-19 pandemic, all sports have returned. We’re watching the US Open again now live, with stadiums full of people. It’s good to see the audiences back. The human race has persevered through global issues and we’ve always succeeded, it’s just a matter of time.”