Serena Williams held centre stage on the opening day of the 2022 US Open at the Arthur Ashe Stadium on Monday.

Serena, who three weeks ago announced her forthcoming retirement from tennis, became only the fourth woman in the Open Era to win matches in her teens, 20s, 30s and 40s, advancing to the second round with a 6-3, 6-3 victory over 80th ranked Danka Kovinic of Montenegro. 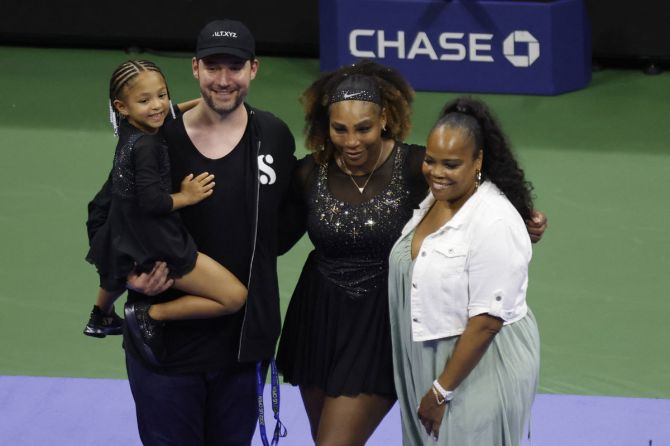 Watching her attain the milestone from courtside was daughter Olympia. She donned braids with white beads on them, just as her mother did when she first won the US Open as a teenager in 1999.

Olympia also sported a black bedazzled top which matched the one her mother wore on court for the match.

‘It was either her wear beads or me, so…’ Williams said after the match. ‘I wanted to do it, but I just didn’t have the time.’ 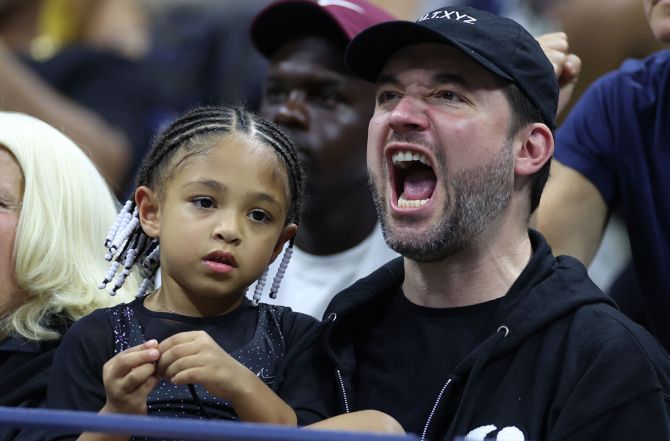 Williams was pregnant with Olympia while playing in, and winning, the 2017 Australian Open for her 23rd Grand Slam title.

Olympia was born later that year and turns 5 on Thursday, September 1, 25 days before her mom turns 41 on September 26.