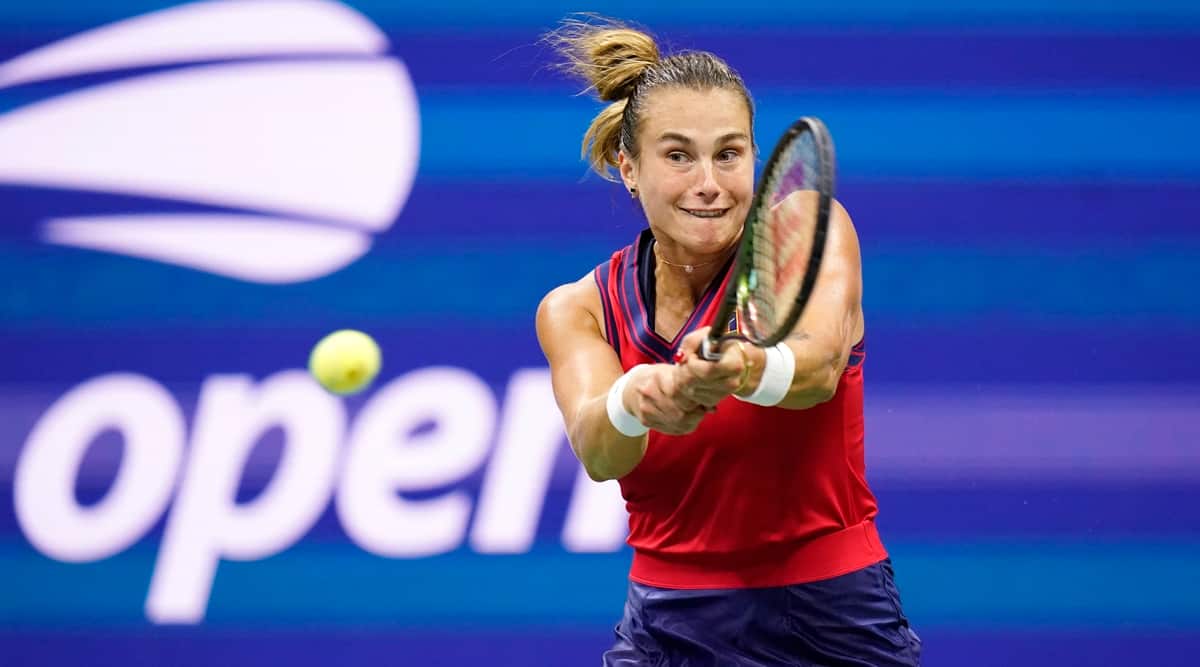 World number two Aryna Sabalenka bulldozed her way past Barbora Krejcikova 6-1, 6-4 on Tuesday to reach the U.S. Open semi-final for the first time.

Sabalenka had three double faults in the first game at Arthur Ashe Stadium but still managed to hold serve, then came back in the second game to break a listless Krejcikova, who had just five winners in the first set and struggled badly with her serve.

Krejcikova, who captured her maiden major at Roland Garros this year, saw her serve broken at the start of the second set and while she got a bit of her spark back as the match went on it was too little, too late.

Belarusian Sabalenka, who reached the semi-final at Wimbledon, won eight of the first 10 points in the second set and did not face a single break point after fending off five of the six she faced in the first set.

She closed out the match after one hour and 26 minutes with an ace and beamed at the cheering New York crowd.

“I’m really enjoying my game here and every second on this court,” said Sabalenka, who won the Madrid Open in May.

In the semi-final, she will face 19-year-old Canadian Leylah Fernandez, who has defeated former champions Naomi Osaka and Angelique Kerber, as well as world number five Elina Svitolina, to reach the last four.

“She’s playing well, she’s moving well,” said Sabalenka. “I would say it’s like nothing to lose for her.”

It was yet another upset win for Fernandez but hardly a shock considering she had already knocked out four-time major champion Naomi Osaka in the third round and three-time Grand Slam winner Angelique Kerber in the fourth.

If there was any lingering worry that the fearless Canadian would buckle under the mounting pressure, Fernandez removed it by prevailing in a nerve-jangling third set tiebreak 7-5 to clinch a spot in the last four.

Rated one of the best players yet to win a major, Svitolina might have fancied her chances of returning to the U.S. Open semi-finals against a 73rd ranked teen.

But Fernandez, who celebrated her 19th birthday on Monday, has shown that she is no ordinary teenager after registering a string of upsets that have made her a Flushing Meadows darling.

“I would say it’s the maple syrup,” said Fernandez when asked what they were feeding them up north to make the Canadians perform so well at the U.S. Open.

In a U.S. Open hit by a number of big-name withdrawals, young talents such as Fernandez and 18-year-old Briton Emma Raducanu have stepped up to grab the spotlight in the absence of Roger Federer, Rafa Nadal and Serena Williams.

Raducanu will get her chance to follow Fernandez into the semi-finals on Wednesday when she takes on Olympic champion Belinda Bencic.