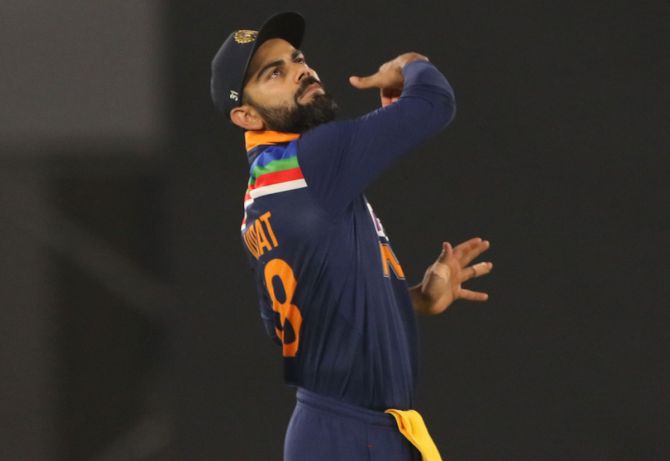 The Uttarakhand Police trolled India captain Virat Kohli after he was dismissed for a duck in the first T20 International against England on Friday, as they came up with a quirky meme on social media to warn their citizens against rash driving. But the move backfired as the police department was forced to delete their social media posts following huge outrage from netizens.

Kohli was out without scoring, caught by Chris Jordan off the bowling of leg-spinner Adil Rashid, as he tried to hit over the top. India finished on 124/7 in their 20 overs before England completed an emphatic eight-wicket victory with 27 balls to spare, to take a 1-0 lead in the five-match series. 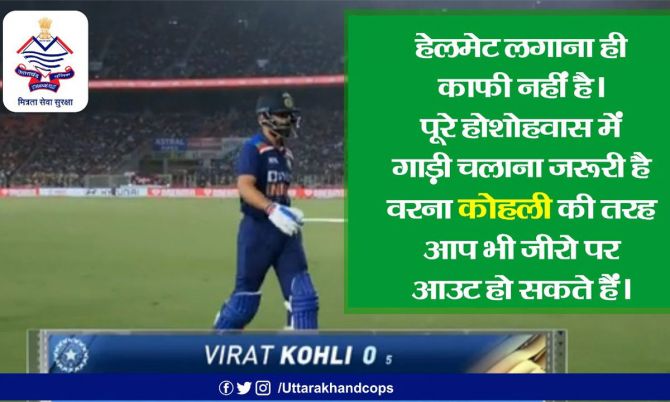 “Just putting on a helmet is not enough! It is important to drive in your complete senses or else you will also, like Virat Kohli, get out for a zero,” Uttarakhand police said on their tweet.

But netizens were not too impressed with Uttarakhand police mocking the Indian captain.

“Dude, the number of international century @imVkohli have is greater than the highest score of your gully cricket.. Yeah, we are disappointed by his form and i guess he is too.. But this type of tweet was unacceptable atleast from a verified twitter handle,” said Usaid Khan on twitter.

“Sir plzz delete this. It is not in good taste. We should support our champion players when they are out of form…’ commented Praful Lidhoo.

“you should not make fun of such a world class cricketer if he is not scoring in two or three matches it means he is the bad  cricketer If our nation people make fun  players then outside people also make fun,” said Nikhil Kumar Chourasia.