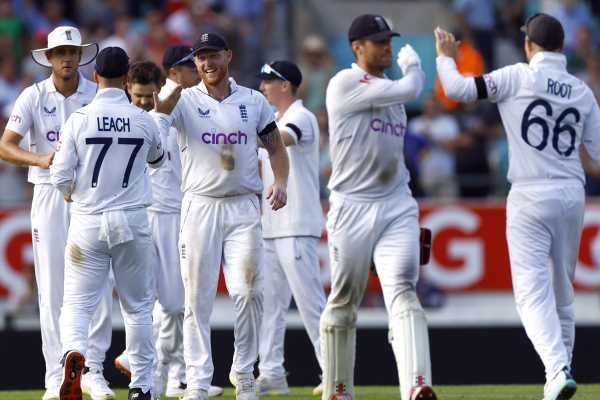 England’s dominant home summer has convinced former skipper Michael Vaughan that Ben Stokes and his men are capable of wresting the Ashes urn from traditional rivals Australia next year.

England’s 4-0 drubbing in Australia earlier this year was a catalyst behind a leadership change with New Zealander Brendon McCullum taking over the coaching reins of the Test side and Stokes as the captain.

The team have displayed a fearless brand of cricket, termed ‘Bazball’, under the new leadership winning six out of seven Tests which included a 2-1 series victory against South Africa.

“At the start of April, if you had said they had a chance to win back the Ashes next year we would have said there was no way they could do it,” Vaughan wrote in his column for the Daily Telegraph.

“But, on the back of a remarkable summer of Test cricket, it is clear: England can regain the urn next summer.”

“Australia will respect the aggressive way that England have played this summer. And they will fear it too, knowing that England can attack and are so dangerous from all positions.”

Playing an aggressive brand of cricket without any fear of failure made current England team such an exciting side, the 47-year-old said.

“The leadership group of Stokes and head coach Brendon McCullum have been so clear in releasing the shackles of any pressure on the field,” he wrote.

“They have sent a clear message to the opposition that they are out to win, from any position.”

The team can get even better by mixing tact with their usual gung-ho approach, Vaughan said referring to the second Test against South Africa.

“If they want to be the best team in the world for a period then they will have to play more consistently – combine that flair they have displayed all summer with that toughness and shrewdness.”