Having elected to bat first, New Zealand suffered yet another batting collapse at the Shere Bangla National Stadium in Dhaka. 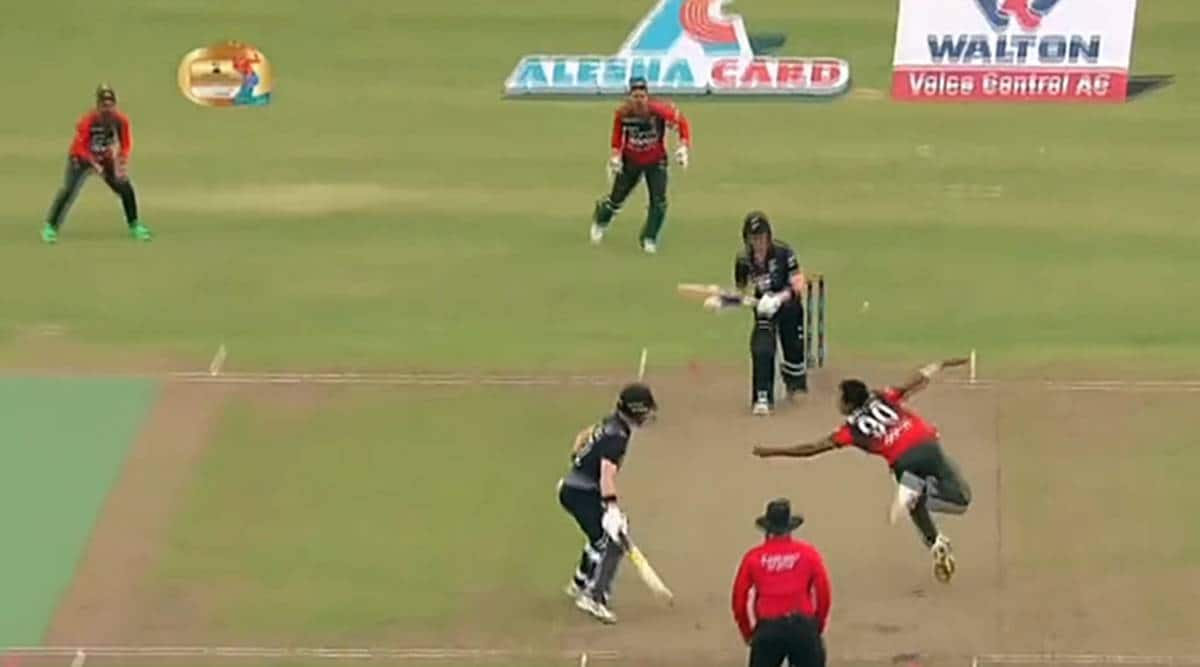 A relentless Bangladesh continued their dominance over New Zealand in the fourth T20I of the five-match series as they bowled out the Kiwis for a meager score of 93.

Having elected to bat first, New Zealand suffered yet another batting collapse at the Shere Bangla National Stadium in Dhaka.

While left-arm spinner Nasum Ahmed inflicted the damage in the initial overs, Mustafizur Rahman wreaked havoc in the death overs.

The left-arm paced bowled a splendid spell and took as many as four wickets.

Besides putting a bowling exhibition, Mustafizur also showcased his fielding skills during his spell when he caught and bowled New Zealand’s Cole McConchie for a duck.

With the track being slow and dry, Rahman unleashed one of the lethal weapons in his armoury – the slower delivery. McConchie tried to drive the full-length delivery straight down the ground. However, the talismanic bowler showcased his quick reflexes and took a brilliant one-handed catch.

Meanwhile, Bangladesh held their nerves to win the fourth T20I against New Zealand with six wickets in hand.

With the victory, they take an unassailable 3-1 lead in the series