Two cricketers with modest origins met for the first time a couple of days ago.

One raised in Ranchi, who worked as a ticket collector with the Indian Railways for a couple of years before becoming one of the current millennium’s bona fide cricket legends.

The other who moved to Mumbai from north India, ready to do anything to just get a chance to play cricket, living in a tent at the city’s Azad Maidan and forced to sell street food to meet his daily expenses.

Much is expected from 18-year-old Yashasvi Jaiswal, star of India’s under-19 team and now a Rajasthan Royal. 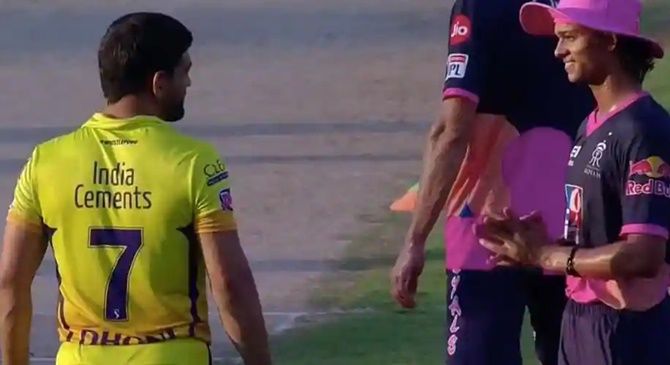 After the toss before the Chennai Super Kings-Rajasthan Royals game, Royals Captain Steve Smith walked away as Yash walked up to Mahi with a smile.

When MSD looked at the 18 year old, Yash greeted The Master with a shy Namaste.

We don’t know what Dhoni said to Yash, but we are sure they must have been words of encouragement.

Yash’s IPL debut was disappointing, but we have great expectations from the young man.

May the Force be with him always!