A string of emotions ran through India pacer Mohammed Siraj when the Indian national anthem was being played out before the start of the 3rd Test at the Sydney Cricket Ground on Thursday.

Siraj revealed that he got teary-eyed thinking about his father, who died in November last year. The pacer, who was by then with the Indian team in Australia, did not go back to India for his father’s funeral.

Talking about the emotional moment that was captured on camera, Siraj said: “Just remembered my father at that time. I was really emotional. He wanted me to see playing Test cricket. Wish he could see me playing for India.”

Former cricketers Mohammad Kaif and Wasim Jaffer hailed pacer Siraj for his commitment towards playing for the country.

“I just want certain people to remember this picture. He is #SirajMohammed and this is what the national anthem means to him,” tweeted Kaif. 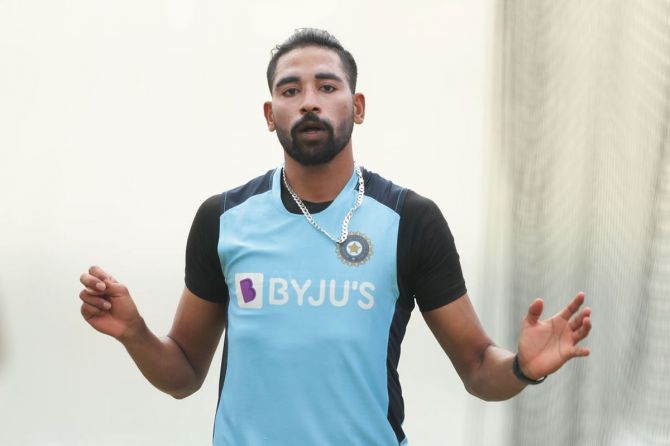