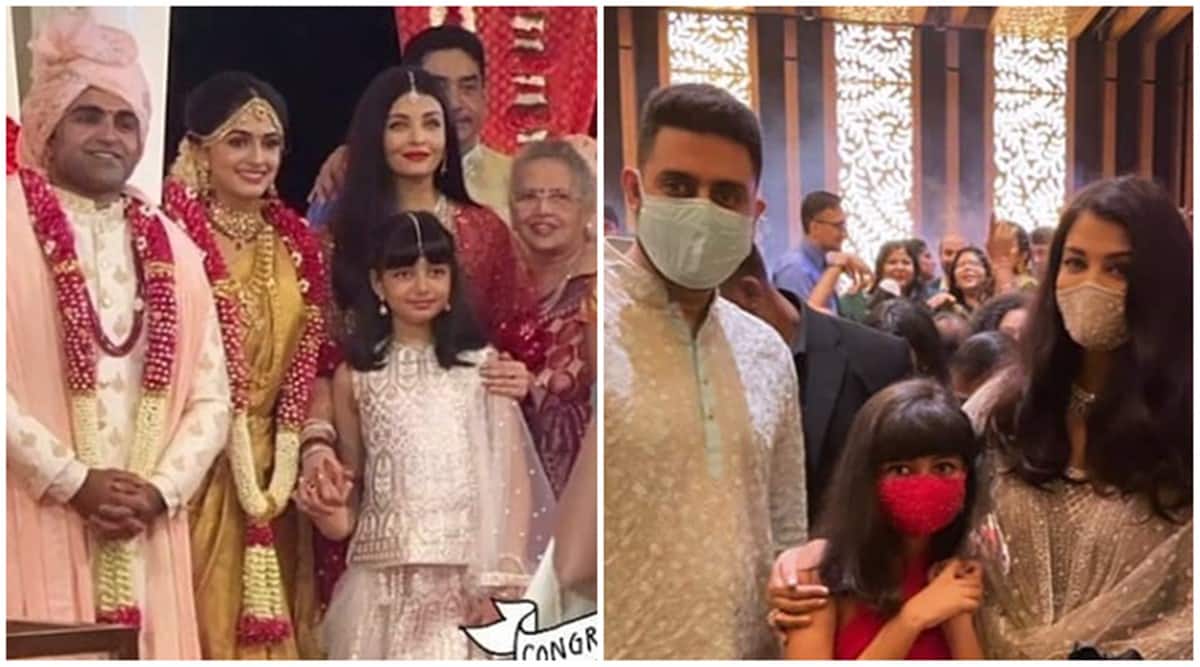 Aishwarya Rai Bachchan, Abhishek Bachchan and their nine-year-old daughter Aaradhya are making the most of the family time, suggest their latest pictures from a relative’s wedding.

The Bachchan family and Aishwarya’s mother Vrinda Rai were recently clicked attending the actor’s cousin Shloka Shetty’s wedding festivities. In one of the pictures from the wedding ceremony, posted on Aishwarya’s fan page, the actor strikes a pose with the newly-weds, Aaradhya, her mother and rest of the relatives for a family picture.

In another photo, Aishwarya, looking radiant in a red traditional outfit, is seen with two relatives. Abhishek, who could not make it to the wedding ceremony, made sure he didn’t miss any fun as Aishwarya made a video call to him from the function. A cute picture of Aishwarya blushing while holding her phone as Abhishek from the other end waves to a relative standing next to his wife has surfaced online.

The Ludo star, however, attended a pre-wedding ceremony, where he was clicked with Aishwarya and Aaradhya- all wearing masks. The couple colour coordinated their outfits. While Abhishek wore a grey kurta pyajama, Aishwarya sported a beautiful sequined lehenga. Aaradhya was seen in a dark pink lehenga.

On the work front, Abhishek Bachchan will be next seen in social-comedy Dasvi, which the actor announced Monday evening. While Aishwarya has Mani Ratnam’s historical drama, Ponniyin Selvan, as an upcoming project.