Aly Goni is the new captain in the Bigg Boss house, and Nikki Tamboli makes life difficult for him!

Thursday’s episode resumes with the captaincy task where the contestants have to dance all night.

In the first round, Eijaz Khan and Rubina Dilaik were ousted from the captaincy race.

After the second round, Kavita Kaushik and Jaan Kumar Sanu get removed.

In the third round, Aly Goni wants to target Nikki Tamboli and convinces Rahul Vaidya to vote against her.

When Bigg Boss asks which contestants should leave the task, the majority of votes go to Nikki.

She gets upset with everyone who voted against her, especially Abhinav Shukla.

Despite the drama, Nikki is eventually out of the task along with Rahul Vaidya. 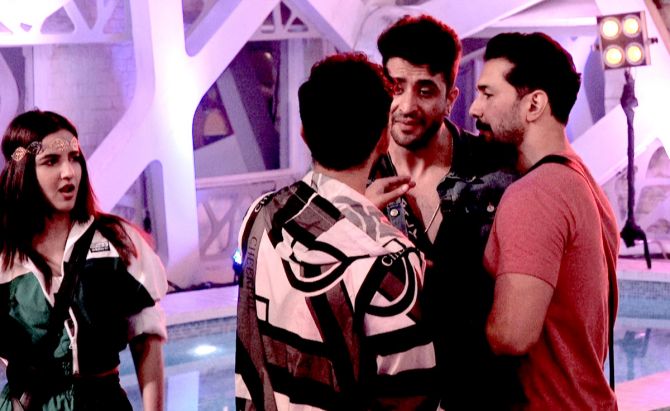 The dancing session continues and singer Shaan enters the house.

He reveals that he would be singing his new song for the very first time in the Bigg Boss house.

On one hand, Pavitra Punia-Eijaz dance with each other and flirt and on the other hand, Aly and Shardul discuss who should leave the captaincy race next.

When the fourth round ends, Pavitra breaks the rule and backs out from the captaincy task as she knew Aly and his gang would target her.

She says she does not give anyone the power to remove her from a task and therefore is backing out on her own terms with dignity.

Shardul also breaks the rule and leaves the task. 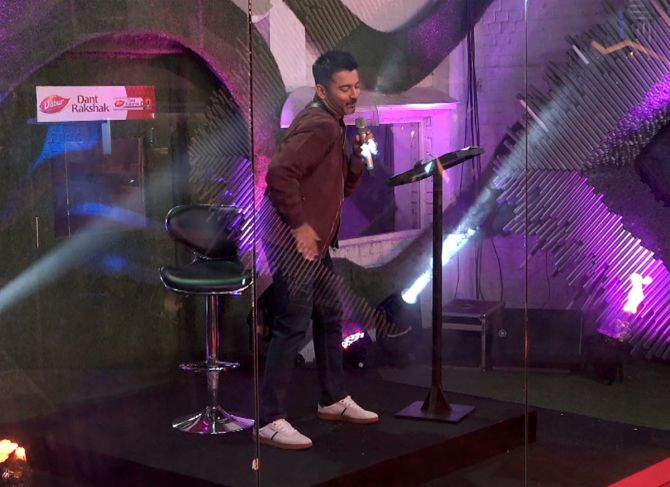 Aly, Jasmin and Abhinav are the last three contestants in the race to become the new captain.

As decided, Abhinav backs out from the task next and allows Jasmin and Aly to move forward to the last round.

That’s when composer-singer Sachin Sanghvi enters the house and gets everyone grooving to some of his peppy tunes.

Despite being out of the competition, Nikki dances her heart out and it’s fun to watch.

Aly and Jasmin dance together on a romantic number before the latter breaks the rule and opts out from the task to make Aly the winner.

With that, Bigg Boss announces that Aly is the new captain. 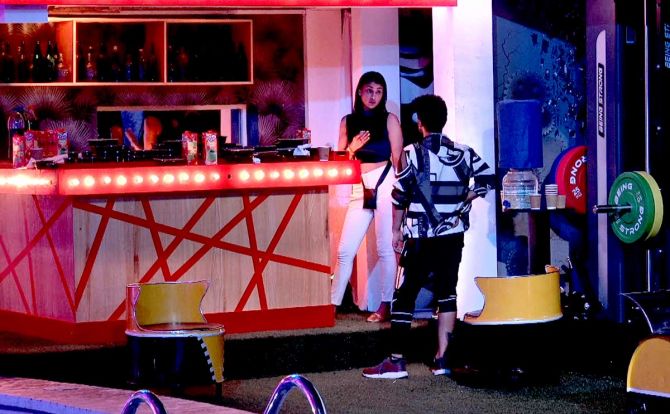 The next morning, Nikki refuses to wake up even after warnings from Bigg Boss.

As the house captain, Aly tries to get her out of bed, but Nikki doesn’t budge.

Aly loses his cool and throws water on her. Even that does not work. In the garden area, Abhinav, Rubina and Kavita talk about Nikki, Eijaz and Pavitra.

While Abhinav says that Nikki is doing drama just to get attention, Kavita points out that Eijaz and Pavitra are also back together for their fake love angle.

Aly is upset with Nikki and vents his anger in the kitchen area.

He promises to make Nikki’s life hell in the house if she continues with her antics.

Finally, Nikki gets up and leaves the bedroom area, but not without getting into a heated argument with Aly.

A little later, Aly sits with Nikki in the garden area and asks her why she is acting up.

He says she’ll face consequences for her behaviour when she becomes the captain as no one will follow rules then.

Nikki defends herself and says she doesn’t consider Aly captain of the house. 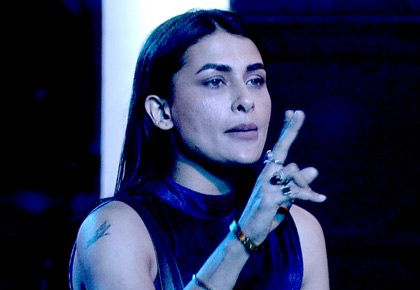