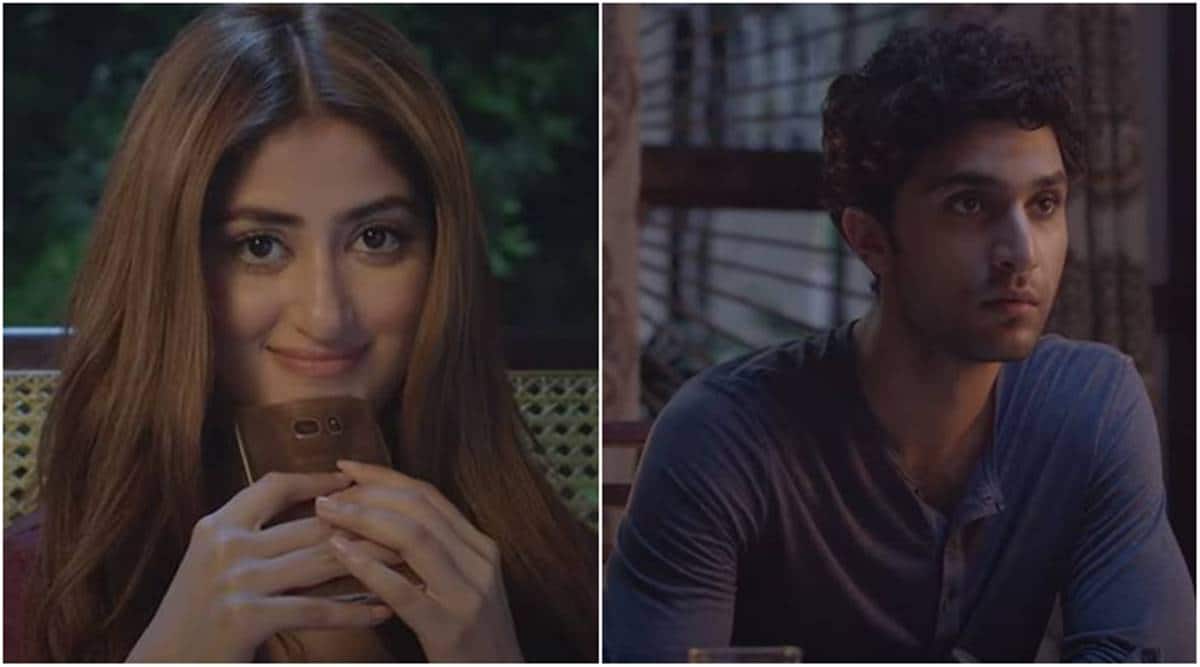 Dhoop Ki Deewar trailer is out, and it is thought provoking and engaging. The trailer, featuring Sajal Aly as Sara from Pakistan and Ahad Raza Mir as Vishal from India, portrays story of two families affected by the strife between the nations.

The video begins with a blame game where we see Aly and Mir’s respective characters giving media interviews and talking about how their families have been destroyed because of India-Pakistan conflict. The families tag each other as ‘dushman (enemy)’. However, an online chat between Sara (Sajal) and Vishal (Ahad) changes their perspective on the situation. Their families do not understand how the two can have empathy for each other but their shared history of loss and grief brings them together. Sara and Vishal are seen asking their families till when will this game of death continue.

Sajal and Ahad are brilliant in the show and shine in every frame that they appear.

Earlier, in a statement, director Haseen Hasan said the show “has an underlying message of peace, harmony and joy of life.” Zindagi Gulzar Hai writer Umer Ahmed, who has penned Dhoop Ki Deewar, said the show draws inspiration from the thought that grief transcends borders and barriers.

“No matter which country, religion or belief you belong to at the end of the day the grief lived is the same everywhere and it is much bigger than you and me. It is a story of love, grief and loss that people across borders and overseas can relate to on a human level,” the writer said.

The show synopsis reads, “Dhoop Ki Deewar chronicles the story of Vishal (Mir) from India and Sara, played by Aly, from Pakistan, who find their lives interconnected after losing their fathers in war. While Aly is known for her performance in the Sridevi-fronted feature film Mom and the telefilm Behadd, Mir has appeared in serials like Sammi and Ehd-e-Wafa.”

Dhoop Ki Deewar is the third ZEE5 Pakistani original after Churails and Ek Jhooti Love Story. The series is scheduled to stream on ZEE5 India from June 25 onwards.