This week's 'First of Many' features Rajeev Khandelwal. In the fifth edition of our exclusive series, the actor talks about his debut acting project, Kya Hadsaa Kya Haqeeqat. 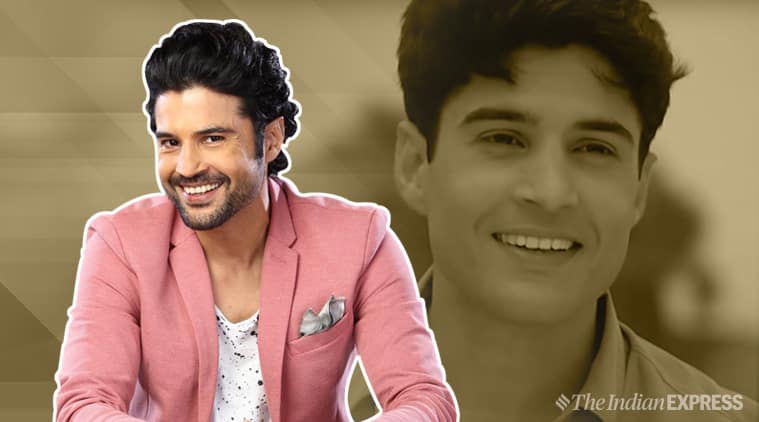 In the series titled First of Many, the who’s who of the industry will revisit their first acting project. They will reveal how they landed the role and what was their experience on the first day of shoot.

Rajeev Khandelwal can be called the first superstar of Indian television. This Ekta Kapoor find was a massive heartthrob in the early 2000s, and his Sujal Garewal from Kahiin To Hoga still remains one of the most popular and loved small screen characters.

He might have moved on to films and tried his hands even in the digital space, but Rajeev’s stardom comes from his loyal fans who have been around him ever since he made his acting debut in Ekta’s Kya Hadsaa Kya Haqeeqat.

Rajeev, whose other popular shows include Time Bomb 9/11, Left Right Left, Sacch Ka Saamna and Reporters, has also been part of films like Aamir, Shaitan and Table No 21. After venturing into the digital space with ALTBalaji’s Haq Se, he will next be seen in Coldd Lassi Aur Chicken Masala.

But before that, Rajeev shares with us how he landed his first ever acting role of Raj Karmarkar in TV show Kya Hadsaa Kya Haqeeqat in 2002.

1. How did you land the lead role in Kya Hadsaa Kya Haqeeqat?

My first show was Ekta Kapoor’s Kya Hadsa Kya Haqeeqat (KHKH) where we had all these senior and popular actors around me and Smriti Irani was playing my sister. Smirit Ma’am now (laughs). And I was this small town boy who was picked from an audition.

I had moved my base to Mumbai. But I used to come back to Delhi because Mumbai used to scare me. I used to be not at peace in Mumbai because each time I would go for an audition, there would be hundreds of people. I was living at a friend’s place and I wanted to give him privacy for at least 20 days a month. So, I used to shoot an ad, make some money and then come back to Delhi for 10-15 days. During one of those trips, I read in the paper that Balaji was auditioning at ARSD college in Delhi for a show called Kahiin To Hoga (KTH). I had auditioned for Sujal actually. That audition is a big story.

I remember when I went there, the entire city had got up for the audition. There were people from all walks of life, from businessmen to youngsters, chaiwalas and autowalas, who ever thought they can make an entry into television. I thought this is some fake thing as they just have to fill their tapes and go back and then probably pick somebody from their own circle. There was this guy named Vishal, I still remember his name. So, I peeped in and said, ‘Okay, this is not for me’. Maybe it was my nervousness after seeing so many people. And Vishal saw me. He said, ‘Excuse me, hold on. You have come for the audition?’ I said, ‘Yes, but I am running late. I have to go.’ He said, ‘Just wait, I will audition you.’ I don’t know why, but I stayed back and I auditioned for a character named Piyush in the same show and then Sujal. The brief given to me for Sujal was Mr Bachchan film meets somebody else meets somebody else kind of a thing. And within five days, I got a call from Balaji, and they wanted me to come to their office and meet Ekta. 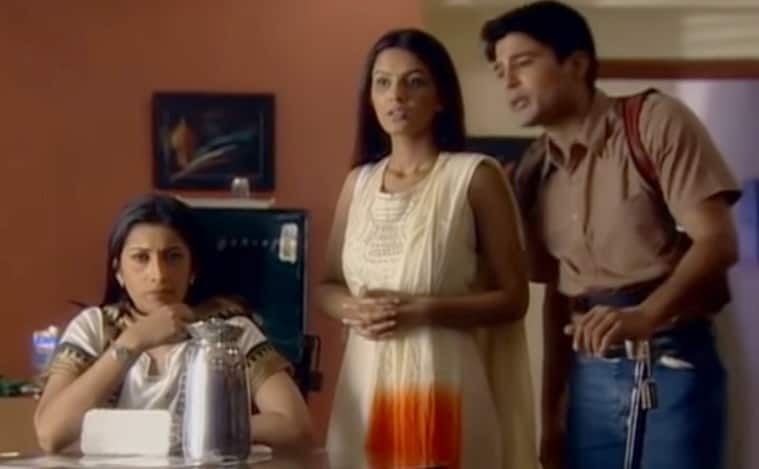 Like every newcomer, I thought I will do films and not TV or Balaji. This is a factory because I remember that time there were 20 shows of Balaji. So, I was running away from the truth. And then at one point, I thought first let someone select you, then pick what to do and what not to do. You are assuming in your mind that you won’t do TV when nobody hasn’t called you yet. I somewhere was trying to tell myself that if I am picked, and then if I say no, I will be more confident in life that I got an offer which I rejected. So, thinking all this, I decided to go and meet them in Mumbai.

I went there and said no to Ekta because I was offered KHKH. She said, ‘This is the central character in that series and I want you to do it.’ I said, ‘Ok let’s try it, what’s the big deal.’ I thought first let me try and excel in this and then aim for movies and all that stuff.

2. What do you remember of your first day on set?

I remember my first director was Anurag Basu. He only did around 8-10 episodes, and then Santram Varma, another director came in.

The location of my first day of shoot was Madh Island. I remember this actor. I forgot his name. He was a senior model. He was there. I remember Smriti Irani was there though my first scene was not with her. She was already quite famous because of her first show. No, I wouldn’t remember the scene actually. But I remember mugging up my lines. I remember the room where I was sitting. I remember that actor was there and the one playing my father was there.

I must have taken months and months because each time I saw myself on screen, I used to cringe that ‘kya bakwaas acting karta hai’, but I don’t know why I was being received well by people.

When the show got over, I was picked for Kahiin Toh Hoga. Initially somebody else was playing Sujal. When I finished KHKH, I heard that Balaji was looking for someone to replace Sujal after 15-16 episodes. And I didn’t know what KTH was. For me, it was as good as KHKH. KTH was touted as an interesting romantic show. Then one fine day, Ekta called me to her office and said, ‘I want you to play Sujal!’ For me, the exciting part was that everyone was talking about the show even when it had not come on air. And then I was told the show was coming at 11.30 pm. I had lost all hope that now who will watch it. So then in my head, I was prepared that I will continue with my struggle. Of course, people proved that I was completely wrong. I know it was the character that had an appeal.

3. Were you nervous? How many retakes did you take?

I had no understanding about camera and acting. I did not formally work as an actor in front of the camera before that. So needless to say, I was super nervous. I remember I didn’t eat and the whole thing was to get that first day right. I was hoping that my first scene is not with some senior actor, but with someone new as me. My first instinct was to not forget my lines, and upset any co-actor or the director. Expressions and all I thought we will see later. I think I was terrible on day one. But I just kind of got it right in terms of my dialogue.

I don’t end up giving a lot of takes. Either they think that’s all his capability is, so better ok the shot (laughs) or we manage somehow because I don’t generally forget my lines. So, I don’t think there were a lot of retakes. And by the end of it, I earned everyone’s love also. So, I remember people doing ‘vajrasana’ with me on the set after lunches, and I remember I made all of them conscious about eating well. I remember great camaraderie on the set with everyone. But the first day wasn’t very bad.

4. Who were your co-stars? How was the rapport with them when you got to meet them again later?

I am still the same guy. After that show, I kept meeting Smriti because I was part of Balaji and we used to meet on a number of occasions. She has always been very good. I met her a few years back for a panel discussion at Indian Express only. She was very sweet and very humble. She was just the same. Of course, her role has changed. Her responsibilities are different now. She is a national figure. After she entered politics, I never bumped into her. Also, every other actor whom I meet, it is the same. And why should it change?

5. If given a chance to go back to your debut role, what will you like to change or do better?

I will definitely do 100 times better now. I will not just think about my lines, but more about my approach, mannerism, body language and get better with the camera. So yes, definitely I would turn it around completely.

6. One film or role that inspired you to become an actor?

It was my own failure on stage that inspired me to become an actor. I went up on stage and couldn’t perform beyond 30 or 40 seconds. I was booed away. I didn’t know how to show my face. It is more like salvaging my lost pride then when I was a tiny tot actually. I was in class 4. I told myself that I will become an actor, but then that was more out of childishness or whatever. But it always stayed with me. So, probably my whole life is kind of a redemption of sorts because of that failure.