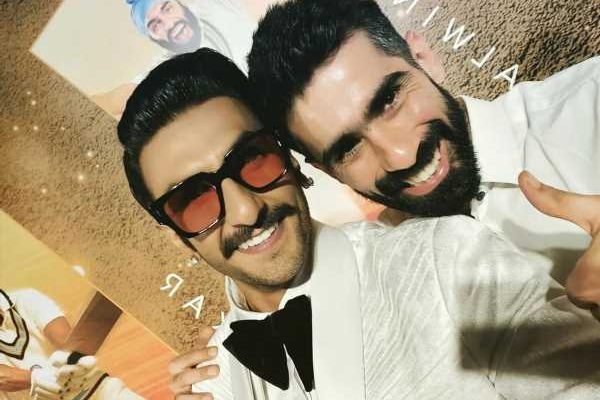 Rajiv Mehra has trained actors Ranveer Singh and Shahid Kapoor for their films ’83 and Jersey respectively, and the results are for all to see.

A lot of rigorous training has gone into making the muscular Simmba transform into the leaner, athletic Kapil Dev.

“When Ranveer came to me for the practice session, he was 85 kilos. In 1983, Kapil Dev was around 72-73 kilos, so we knew we had to lose about 12-13 kilos. Kapil Dev was not muscular. He was athletic. So I had two major goals for Ranveer — building an athletic physique and losing the muscle that he had built up,” Rajiv tells Rediff.com Contributor Sameena Razzaq, and explains just how he did it.

Ranveer Singh’s physical transformation in ’83 is dramatic. What impresses you the most about this actor?

The first thing that comes to my mind is his extreme dedication.

He will never settle for anything that is less than perfect.

If you tell him ‘ye chal jayega‘ he will say no, if you are saying ye chalega, that means ye nahin chalega.

Unless he hears a yes, he will not stop.

His work ethic impresses me.

He will just give in. He will not ask questions. You tell him and he will just do it.

I got the confidence to train him because he had completely given in. He respected and trusted my ways.

Of course, he has this personality that can intimidate people, but when he becomes friendly with you, the way he respects your skill and gives in to it, you know you can do your best and he will also get his best out of it.

There were days when I would tell him, Ranveer, let’s take a break and he would be like, no, I have more in myself.

We used to have eight hour sessions everyday.

His energy is unbeatable. How did you transform this muscular Simmba into a fit sportsperson?

When he came to me for the practice session, he was 85 kilos.

We had about six months, so we were not pressed for time.

Kapil Dev was not muscular. He was athletic.

So I had two major goals for Ranveer — building an athletic physique and losing the muscle that he had built up.

Weight loss is a by-product of the training, so we didn’t have to worry about that.

Getting into the mindset of practicing of an athlete and behaving like one was important, so we began working on that.

Sleep was a neglected part of his routine because of his lifestyle, so I told him that enough sleep is a major lifestyle change he added to his routine.

So he started sleeping more, the recovery was more and the stress hormones were less.

We had put him on a strict diet plan.

He likes sweets a lot.

Every few days, he would tell me that he ate a couple of spoons of Nutella and I would tell him don’t worry, it will burn out during the training.

While training for athletic performance, we were also training to avoid any injury.

Once you get injured, you have to rest it out and your preparation goes for a toss because the weight comes back.

We focused on recovery and Prehab exercises.

Prehab exercise is not very accepted in India. As of now, people do injury-prevention exercises. But rather than getting injured and then treating your injury, we used to foresee the injuries that could happen based on the movements he had to do and make a plan.

Ranveer had a knee injury at that time. How did you make sure it did not get worse?

I would not say he had a knee injury, but that he was carrying a niggle in the knee which was constantly troubling him.

I think he was carrying it from the shoot of Padmavaat. He had fallen off a horse and that’s how he injured his knee. It never recovered completely.

Every time a fast bowler jumps and lands on the crease in his run up, there is a lot of body weight that the front leg ends up taking.

So we focused on Isometric exercises for strengthening quadriceps, calf and hamstrings.

Isometric is an ignored form of exercise and I had to convince Ranveer to do it.

Once he started training this way, he would feel very fatigued and this routine went on for three to four weeks.

These kind of exercises are boring, but they have long lasting benefits.

The next step was to train his body to land.

The major milestone came when we started practicing these jumping and landing drills, and he told me that he did not feel any pain. He said he felt confident about jumping for the first time after his injury.

That’s when I thought he was ready to bowl injury free. Kapil Dev is an all rounder, but his trademark was his outswinger. What went into getting that right? Also, was there coordination between Balwinder Singh Sandhu, the official coach for bowling, and you?

Yes, we were always in tandem.

Ballu sir, Ranveer and I would always be together in the morning sessions.

Ballu sir had, of course, seen and experienced everything first hand. He knew the players, so all those detailed inputs made my job easier.

Ballu sir was the one who taught the technique.

There’s a poster, which shows Kapil Dev’s action in the Gather phase. He does this very peculiar thing with his wrist when he is about to bowl. That is a Kapil Dev trademark, and we could not get that wrong.

A lot of effort went into getting the timing of the jump right, to get that action of the wrist going at the right time.

How different was training Shahid Kapoor for Jersey from Ranveer?

It was completely different because Ranveer was a complete beginner and Shahid had a background of cricket.

Shahid has played cricket as a young boy, so for him, it was more unlearning of things initially.

Since he had not learnt those things professionally, they were wrong in technique at some point and had to be unlearnt to learn new things.

For Ranveer, it was a completely clean slate. 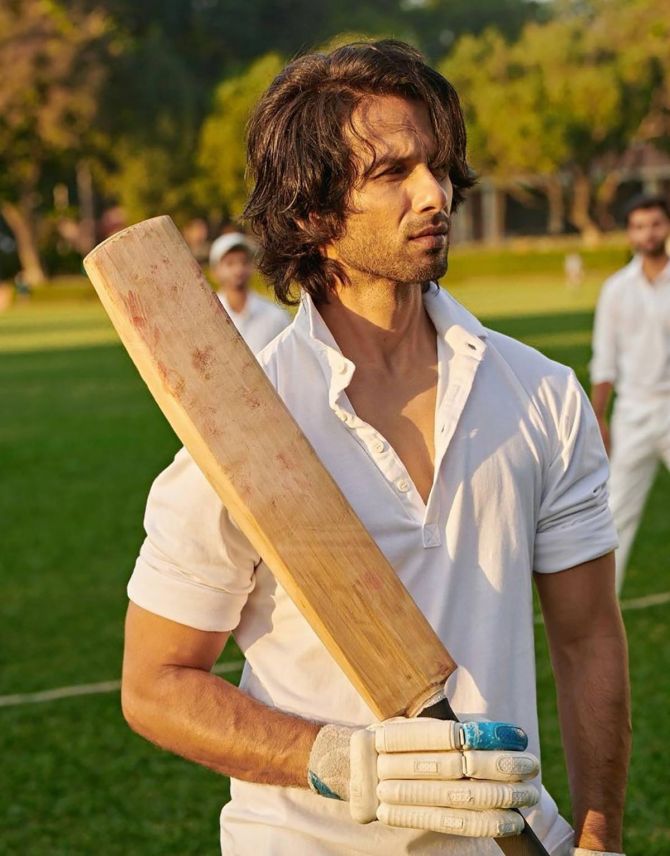 What was more challenging — training Ranveer to be a fast bowler or making Shahid an ace batsman?

Hands down, training Ranveer to be a fast bowler.

There is no comparison.

With Shahid, we had a lot of flexibility.

We had an open arena because he did not have to replicate anyone. He just had to learn the technique.

I am sure Ranveer must have watched hundred videos of himself comparing himself to Kapil Dev. We had split screen videos one month prior to shoot.

We made everything in a split screen where we used to see him bowl and then see Kapil Dev bowl, just to understand.

Fast bowling is the toughest skill in cricket, so training Ranveer to become Kapil Dev was very difficult. Who do you think is more passionate about fitness: Ranveer or Shahid?

Both. They have realised that it is their body that will fetch them whatever characters, whatever fame they want, so both of them respect their bodies as temples.

I have only recently worked with them, but I think they have been doing their fitness regime for very long time.

Both of them are really flexible so the chances of injury lessened to a great extent. What fitness tips would you give our readers?

You have to have a sustainable lifestyle.

There is no point in doing something extreme for one or two weeks or months and then giving up and getting back to square one.

You have to do something that you can imagine doing for the next 15 years of your life.

Having an active lifestyle where you move is key.

Humans are made to move, not to sit.

Secondly, sleep as much as possible.

That is something lacking in everybody’s lifestyle but that is the only thing that can help you recover and rejuvenate for the next day.

Drink a lot of water.

The best form of exercise is playing a sport. Take up any sport recreationally or professionally.

There is no age limit.

When we were done with ’83, Ranveer was so much into sport, he played for the next six months while prepping for Jayeshbhai Jordaar. He played badminton, tennis, football, cricket, basketball…