Dharmendra said he and Jagdeep got along well and the two of them saw several ups and downs in their life and rose to stardom through their hard work and dedication. 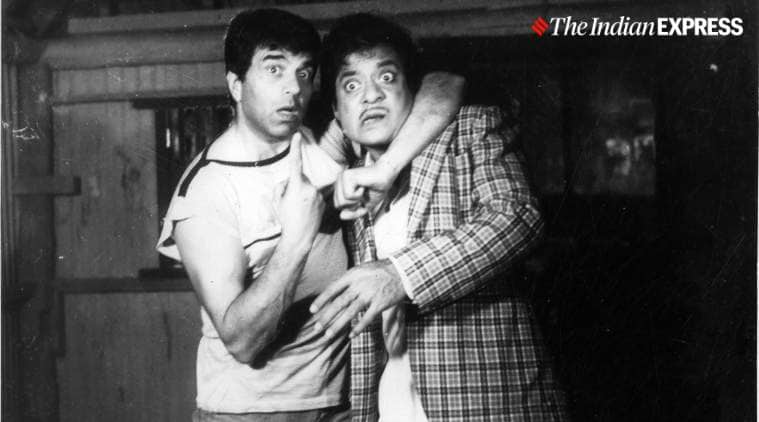 Veteran actor Dharmendra, who worked with Jagdeep in over a dozen films including Sholay, on Thursday remembered his colleague as a star who made him feel welcome when he was just starting out.

Dharmendra said he and Jagdeep got along well and the two of them saw several ups and downs in their life and rose to stardom through their hard work and dedication.

Jagdeep, 81, died at his residence in suburban Mumbai on Wednesday night. He was laid to rest at a cemetery in south Mumbai’s Byculla neighbourhood at around 2.30 pm on Thursday in the presence of family members and close friends.

Dharmendra said Jagdeep was a stellar performer, who excelled in both comic and emotional parts.

“When I started working he was a star, I was a newcomer. But he was a very warm, humble and down to earth person. He was not only a comedian but a great actor. There were films where he did emotional parts so well. He could make people laugh and cry.

“He could play any character with ease. He had made a place with his work in everybody’s heart. He reached such great heights in his career all on his own. There are some people, who cannot be forgotten and he is one of them. He can never be forgotten,” Dharmendra told PTI.

Also read | Jaaved Jaaferi: My father had a tragic life and out of it came the comedy | Amitabh Bachchan on Jagdeep: We lost another gem |  Prem Chopra: Jagdeep’s comic timing was impeccable | Jagdeep (1939-2020): Soorma Bhopali lives on | Jagdeep: ‘An actor with impeccable comic timing’ | Jagdeep Dies At 81: A Pictorial Tribute To ‘Soorma Bhopali’

The 84-year-old star said Jagdeep was a “pure” soul in an industry full of fake people.

“There are a lot of fake people in the industry, they don’t always praise or give due. People like Jagdeep and me need love and we are grateful we are receiving so much love and respect from aam janta (public). It is because we made a place in everyone’s heart and not mind, through our work.”

Talking about Jagdeep’s one of the most iconic characters Soorma Bhopali from their 1975 film Sholay, Dharmendra said he added “jaan” (soul) in the character.

“He will be remembered as Soorma Bhopali because he got the language, the accent, the flavour of the character pitch-perfect.”

Dharmendra said he kept in touch with Jagdeep and the two would often visit each other.

“I remember those times we spent together while working on films, we would talk about life, struggle, cinema, acting, the process. It is difficult to express my feelings for him. I am deeply saddened from within today. May his soul rest his peace and may God give strength to his family,” he said.

“He had given me old coins…some annas (former Indian currency unit), which he would collect. I still have them with me. I am going to cherish them,” he added.