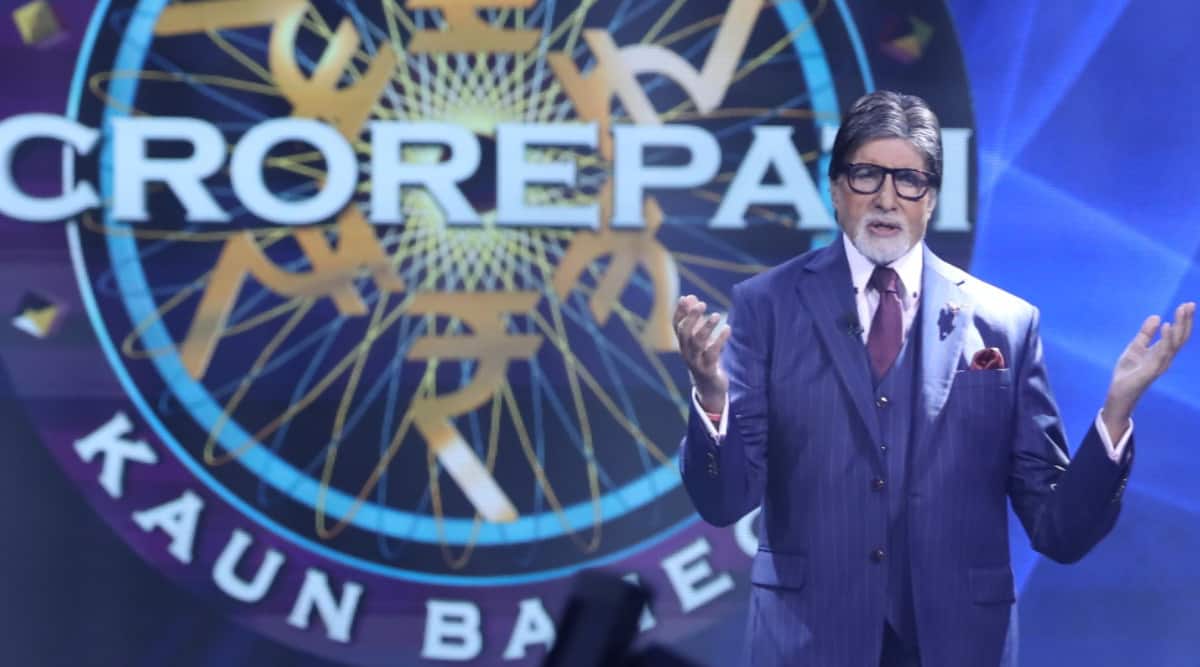 20 years ago, on July 3, Kaun Banega Crorepati hit television screens for the first time. Taking a risk, Bollywood megastar Amitabh Bachchan also made his television debut with the game show. Tonight, KBC will kick start its twelfth season with Big B coming back as the charming host.

Earlier this month, the team started the shoot with safety precautions and measures in place due to the coronavirus pandemic. To ensure a safe working environment, for the first time, the show will not have a live audience. Their presence not only added vibrance and energy to the shoot, but they also cheered on contestants when they were on the hot seat. This season, the makers will include the sound of the audience during the final edit, just like in IPL. Also, the host will be seen interacting more intimately with the contestants to keep the emotions flowing.

The in-studio audience also had an important job – punch in the right answer when a contestant took the ‘audience poll’ lifeline. With no live audience, the makers had to also let go this lifeline option. Instead, they have now got back ‘video-a-friend’ as a lifeline. Apart from this, a contestant can seek the help of an ‘intelligent expert’, take a ’50-50′ option or even ‘flip the question’.

Kaun Banega Crorepati 12 showrunner and creative producer Sujata Sanghamitra shared with indianexpress.com that they have also included an additional option in the ‘flip the question’ lifeline. “Now the contestant will have 11 options. We added ‘my city, my state’ as a new category. It will be interesting as that will have questions closer to their home, and world. Maybe that can be a help for them,” she shared.

Wanting to keep the show pacy and include more questions, the makers had introduced a timer a couple of years back. Sharing more about the time limit, Sanghamitra shared that contestants will get 45-seconds for the first five questions, and 60-seconds for the next five. Post which there will be no time constraint to give the right answer. The time limit for the video-on-call has also been increased to 45-seconds. Host Amitabh Bachchan will be seen addressing the timer as ‘Miss Chalpadi’. Apart from normal questions, contestants will also get audio-visual questions, and many questions on current topics.

Again, for the first time, from the usual 10, this time, there will be only eight contestants in the fastest finger round. This has been done to maintain social distancing between the contestants. The distance between the hot seat and host Amitabh Bachchan has also been increased for the same reason. Also, the set has been intelligently designed so that the contestants cannot rush in excitement to Big B.

Coming to contestants, this season, the auditions were held digitally. The channel shared that this led to record-breaking participation. Once the contestants were selected, they flew down to Mumbai, and went into self-quarantine for a given period at a hotel. They were tested for coronavirus before they stepped onto the set. The contestants have even shot the reality video themselves this season.

Kaun Banega Crorepati 12 will be a 95-episode season (19 weeks). However, Sujata Sanghamitra shared that a final call on the same will be taken later. With so much restrictions, the team’s current priority is to ensure that they shoot as many episodes as possible. While from Monday-Thursday, common people will take the hot seat, Fridays will be dedicated to real-life heroes or Karamveer.

This season, viewers watching KBC at home will again get a chance to participate in the game through SonyLIV’s Play Along feature. The winners of the same will get a chance to participate in the main show in the last week. Every day, 10 people can win Rs one lakh each, apart from winning a car, television sets, mobile phones, bluetooth speakers and gift cards on Play Along. Sanghamitra also shared that this season one can even play the fastest finger round for the first time, and win some cool goodies.

Another highlight of every season is Amitabh Bachchan’s style statement. Priya Patil, KBC stylist, told indianexpress.com that this season the focus was first on health and safety. “Last year, I had introduced tie-knots which was appreciated, but I had to go up to him and fix it after every break. To maintain social distancing, I have introduced elements like brooches and collar pins that can be easily sanitised, and put on the garments. This way the styling team is not required on the set often,” she shared. Patil also added that Big B will once again wear three-piece suits and bandhgalas for the Karamveer episodes. She said, “Also, you will see him dressed in a lot of block colours like blue, maroon and purples. It’s always a pleasure to dress this superstar. Anything you give him to wear, and it starts looking good.”