Sony TV posted a sneak peek of an upcoming episode of Kaun Banega Crorepati 13 where actor Genelia D'Souza is seen sharing a message for her die-hard fan. 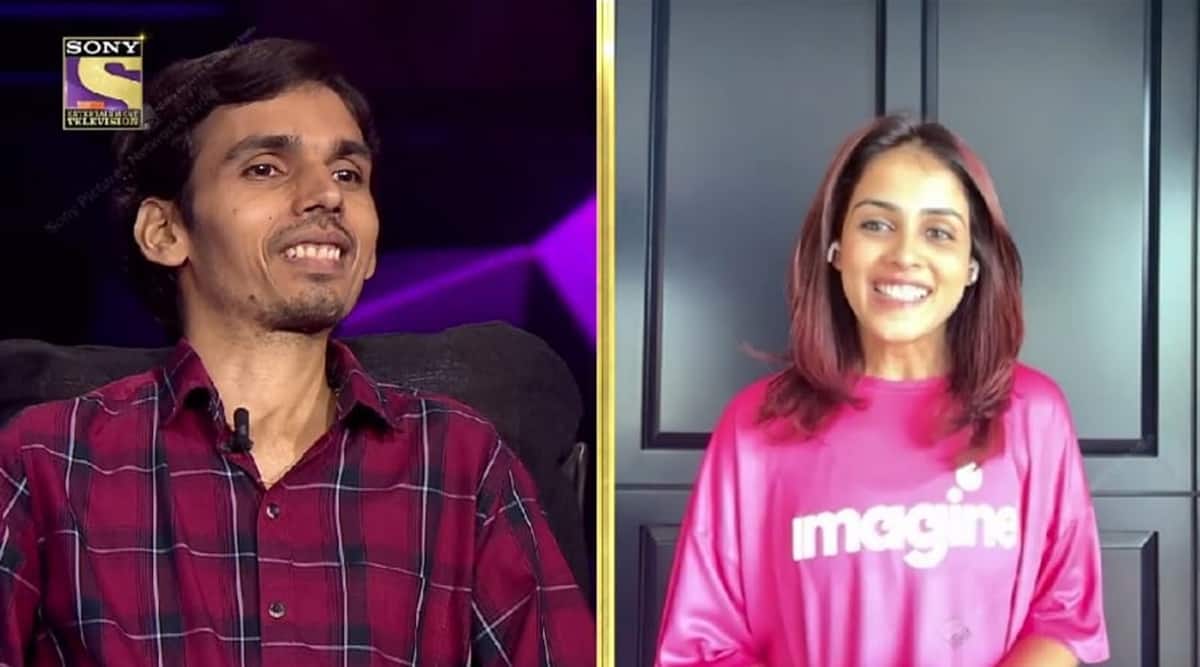 Kaun Banega Crorepati 13 is all about impossible dreams turning into reality. For Pankaj, a contestant of the Amitabh Bachchan-hosted Kaun Banega Crorepati, the show not only fulfilled his dream of sitting on the hot seat but also meeting his favourite star, Genelia D’Souza.

In a sneak peek posted on Sony TV’s Instagram handle, host Amitabh Bachchan is seen asking Pankaj who his favourite actor is. To which Pankaj promptly replies, “Genelia D’Souza”.

When Amitabh Bachchan jokes that unfortunately she is married, Pankaj quips, “I don’t have any issues with that. After all, I don’t have to marry her!” as Bachchan erupts into laughter.

The megastar then plays a video message from Genelia D’Souza for Pankaj. Shocked and elated to see his idol on screen, Pankaj says, “Since the day I have seen you, you have been my first crush, love and everything.” To which, Genelia answers, “Pankaj, thank you so much for your love and I want to tell you I love you too.” The actor’s sweet message left her fan blushing.