Rhea Chakraborty is back in Mumbai. The actor was spotted at the airport on Sunday evening with brother Showik Chakraborty and father Indrajit Chakraborty. 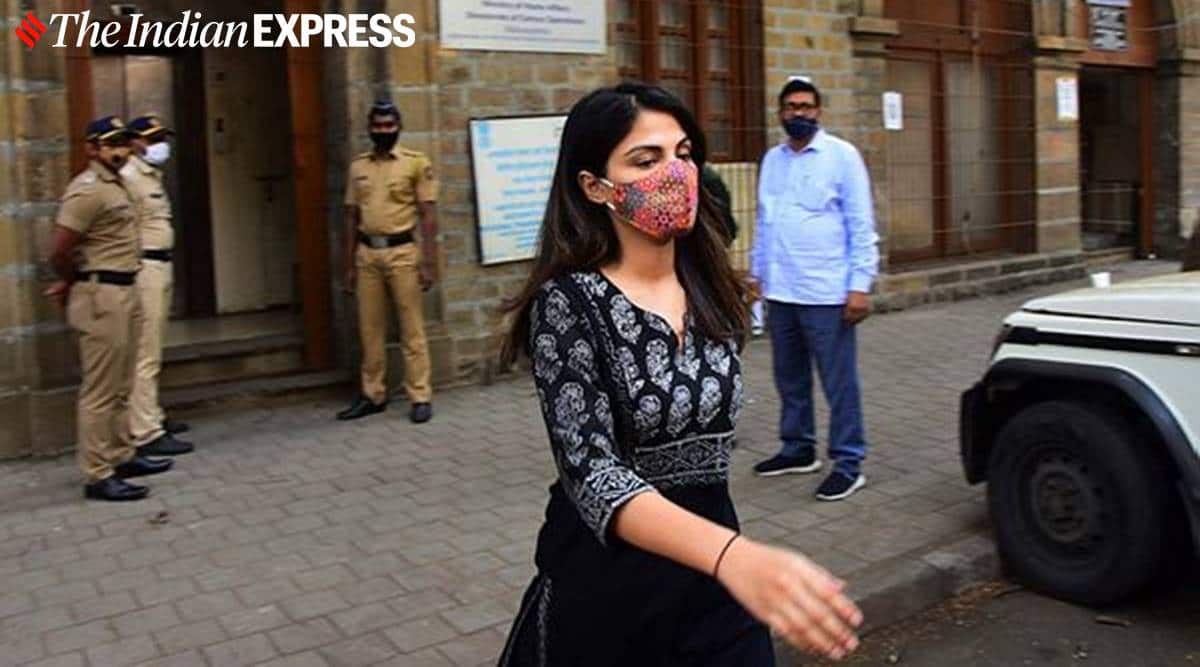 Actor Rhea Chakraborty was spotted at Mumbai airport on Sunday evening. The actor, who was accompanied by her brother Showik Chakraborty and father Indrajit Chakraborty, was seen wearing a white over-sized hoodie shirt that had “Man-Up” written over it.

This is not the first time when the actor flaunted a t-shirt with a strong statement. In September last year, a similar message on Rhea’s tee went viral. The actor sported a black t-shirt with “Roses are red, violets are blue, Let’s smash patriarchy, Me and you” written over it.

The actor, who has been inactive on social media since Sushant Singh Rajput’s demise, is expected to make her Bollywood comeback soon. Filmmaker Rumi Jaffrey had earlier confirmed that the actor will return to films. He told Spotboye, “Rhea will return to her work early next year. I met her recently. She was withdrawn and quiet. Didn’t speak much. Can’t blame her after what she has gone through. Let the heat and dust settle down. I’m sure Rhea will have a lot to say.”

She was supposed to star in Jaffrey’s Chehre, which features Amitabh Bachchan and Emraan Hashmi in the lead role. However, the poster of the film did not feature Rhea; she wasn’t tagged by the makers either.

Rhea has been in the news since Sushant Singh Rajput passed away on June 14, 2020. She was taken into custody on September 8, 2020 by the Narcotics Control Bureau (NCB), in a drugs case related to the actor’s death. The Jalebi actor was granted bail after nearly a month in jail.

Rhea’s brother Showik was also one of the accused. He was jailed on September 4 and was granted bail on December 2.

Earlier this year in January, Rhea, along with her brother Showik, visited the Narcotics Control Bureau (NCB) office in Mumbai to mark their attendance. This is in accordance with their bail, where Rhea and Showik need to report before the NCB on the first Monday of every month for six months.

Her first social media appearance was at Raghu Ram and his wife Natalie Di Luccio’s party, held earlier this year.

Raghu’s brother Rajiv had posted a picture with her on social media. However, he soon took down the post and issued a statement, which read, “I seem to have created unnecessary trouble with my irresponsible choice of words on a post. Rhea is a dear old friend, and I’m happy to meet her again, and I wish her well.”