Tom Hardy movie Venom 2 is all set to release a day prior to the earlier announced release date. The Andy Serkis directorial will hit theatres on October 14, a Thursday. Meanwhile, in Maharashtra, where cinema halls will finally be allowed to function from next month, Venom: Let There Be Carnage will have its grand premiere on October 22.

Venom 2 is releasing around the same time as the original had done in 2018. The antihero flick stars Tom Hardy as the titular protagonist whose body hosts the alien symbiote. Tom plays a reporter in the film. 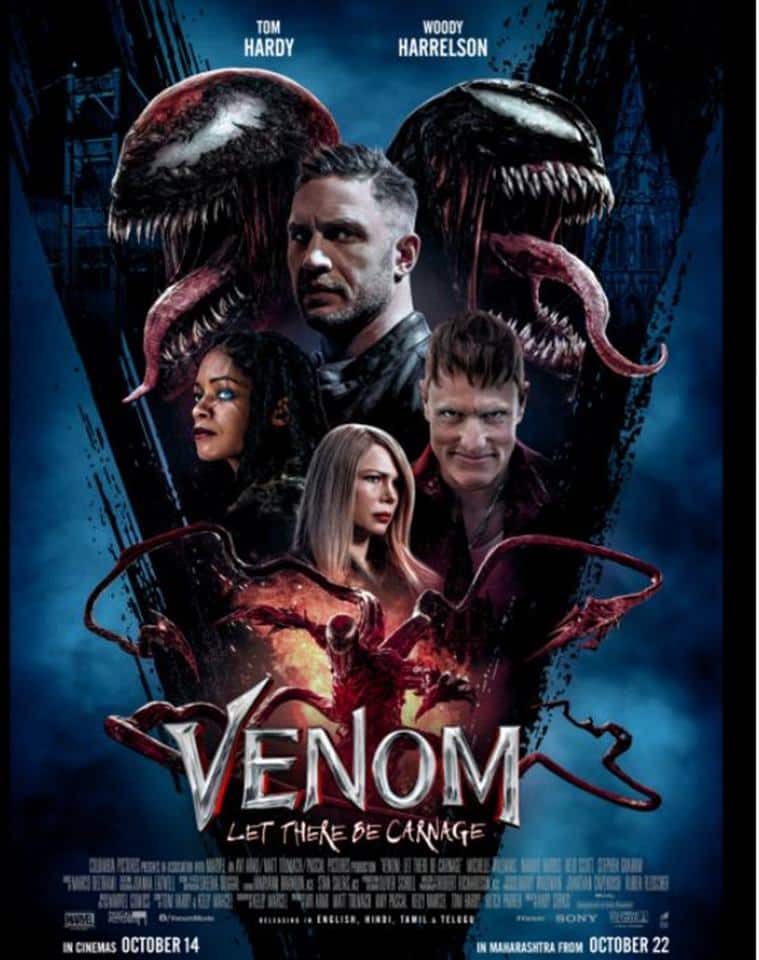 While Venom had done a spectacular business at the box office, it had garnered mixed reviews. Meanwhile, the sequel stars Woody Harrelson’s Carnage as the main antagonist. It is their showdown that is said to be the main draw of the actioner. Apart from Hardy and Harrelson, Venom: Let There Be Carnage also features Michelle Williams, Naomie Harris and Stephen Graham in key roles.

Earlier, while talking about the movie, Serkis had told CinemaBlend, “We’re 40 days into the shoot and it’s really thrilling. We’ve got the magnificent Tom Hardy, who’s obviously at the center of it, and we sort of see a deepening of the relationship between him and obviously there’s a nemesis character and… that’s all I can say.”