The virus has taken different paths in countries as leaders have tried to tamp down the spread with a range of restrictions. Shared, though, is a public weariness and a growing tendency to risk the dangers of the coronavirus, out of desire or necessity 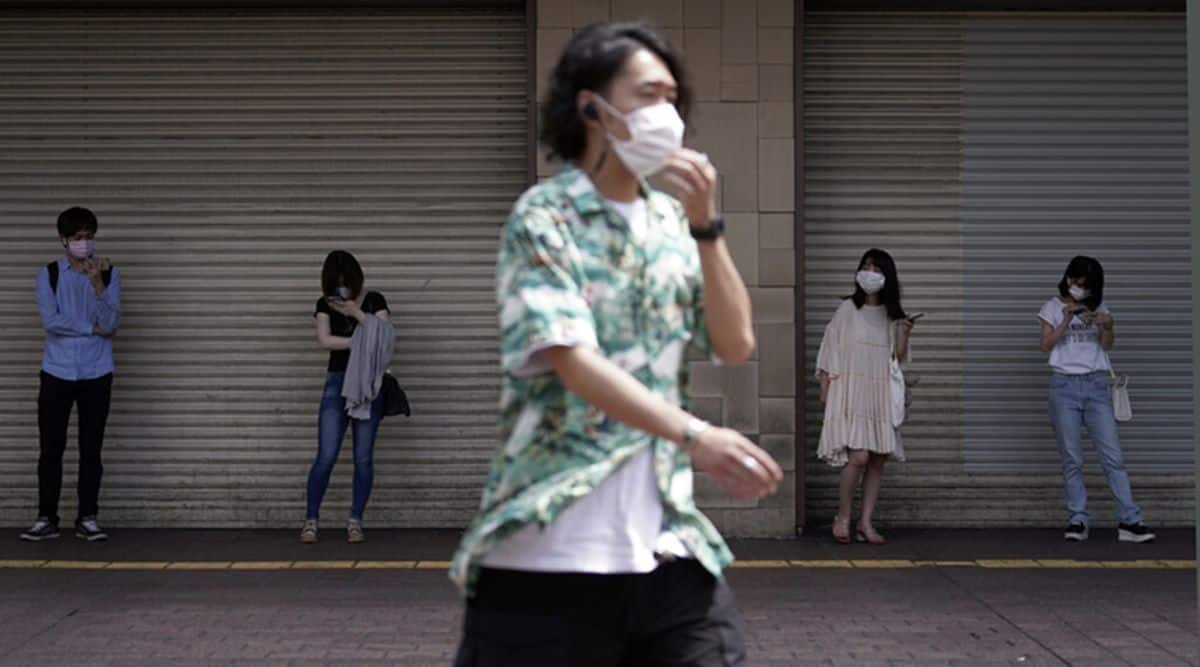 When the coronavirus began sweeping around the globe this spring, people from Seattle to Rome to London canceled weddings and vacations, cut off visits with grandparents and hunkered down in their homes for what they thought would be a brief but essential period of isolation.

But summer did not extinguish the virus. And with fall has come another dangerous, uncontrolled surge of infections that in parts of the world is the worst of the pandemic so far.

The United States surpassed 8 million known cases this past week and reported more than 70,000 new infections Friday, the most in a single day since July. Eighteen states added more new coronavirus infections during the seven-day stretch ending Friday than in any other week of the pandemic.

In Europe, cases are rising and hospitalizations are up. Britain is imposing new restrictions, and France has placed cities on “maximum alert,” ordering many to close all bars, gyms and sports centers. Germany and Italy set records for the most new daily cases. And leaders in the Czech Republic described their health care system as “in danger of collapsing,” as hospitals are overwhelmed and more deaths are occurring than at any time in the pandemic.

The virus has taken different paths through these countries as leaders have tried to tamp down the spread with a range of restrictions. Shared, though, is a public weariness and a growing tendency to risk the dangers of the coronavirus, out of desire or necessity. With no end in sight, many people are flocking to bars, family parties, bowling alleys and sporting events much as they did before the virus hit, and others must return to school or work as communities seek to resuscitate economies. And in sharp contrast to the spring, the rituals of hope and unity that helped people endure the first surge of the virus have given way to exhaustion and frustration.

“People are done putting hearts on their windows and teddy bears out for scavenger hunts,” said Katie Rosenberg, the mayor of Wausau, Wisconsin, a city of 38,000 where a hospital has opened an extra unit to treat COVID-19 patients. “They have had enough.”

In parts of the world where the virus is resurging, the outbreaks and a rising sense of apathy are colliding, making for a dangerous combination. Health officials say the growing impatience is a new challenge as they try to slow the latest outbreaks, and it threatens to exacerbate what they fear is turning into a devastating autumn.

The issue is particularly stark in the United States, which has more known cases and deaths than any other country and has already weathered two major coronavirus surges; infections spiked during the spring in the Northeast and again this summer across the Sun Belt. But a similar phenomenon is setting off alarms across Europe, where researchers from the World Health Organization estimate that about half the population is experiencing “pandemic fatigue.”

“Citizens have made huge sacrifices,” said Dr. Hans Kluge, the WHO’s regional director for Europe. “It has come at an extraordinary cost, which has exhausted all of us, regardless of where we live or what we do.”

If the spring was characterized by horror, the fall has become an odd mix of resignation and heedlessness. People who once would not leave their homes are now considering dining indoors for the first time — some losing patience after so many months without, others slipping in a fancy meal before the looming winter months when the virus is expected to spread more readily. Many people are still wearing masks to support their neighbors and keep others safe, but sidewalks that were decorated with chalk messages of encouragement for health care workers and others at Easter are likely to be bare at Halloween.

“In the spring, it was fear and a sense of, ‘We are all in it together,’” said Vaile Wright, a psychologist at the American Psychological Association who studies stress in the United States.

“Things are different now,” she said. “Fear has really been replaced with fatigue.”

In New York, Indra Singh, 60, took the toddler she babysits to a playground on a recent morning.

“I am so tired of everything,” she said, pulling at the black mask on her face and worrying about what she will do when the weather turns cold. “Is it going to be over?” she said. “I want it to be over.”

Medical treatments for the virus have vastly improved since the spring, and deaths remain lower than at the worst peak, but the latest growth in coronavirus infections has left public health officials worried. More than 218,000 people have died in the United States since the start of the pandemic, and daily reports of deaths have stayed relatively consistent in recent weeks, with about 700 a day.

In some parts of the world, behavior has changed, and containment efforts have been tough and effective. Infections have stayed relatively low for months in places like South Korea, Japan, New Zealand, Australia and China, where the virus first spread. After a dozen cases were detected in the Chinese city of Qingdao, authorities sought this past week to test all of its 9.5 million residents.

“We have very little backlash here against these types of measures,” said Siddharth Sridhar, an assistant professor of microbiology at the University of Hong Kong. “If anything, there’s a lot of pushback against governments for not doing enough to contain the virus.”

The response in the United States and much of Europe has been far different. While residents willingly banded together in the spring, time has given rise to frustration and revolt.

Hot spots are emerging in the South and the Mid-Atlantic region of the United States and expanding rapidly in the Midwest and the Mountain West. Illinois this past week recorded its highest daily number of confirmed cases since the pandemic began and the most deaths in a single day since June.

In Spain, a summer of travel and dancing has led to a new surge this fall. In Germany, health authorities on Thursday registered 7,334 infections in a 24-hour period, a national record. Even Italy, which imposed one of the most sweeping lockdowns in Europe this spring, is now seeing disturbing new growth and considering a 10 p.m. curfew nationwide.

The virus has seeped through communities, rural and urban. In Chicago, public schools remained closed to students for a sixth consecutive week as the city’s rate of positive coronavirus tests inched up near 5%. In Gove County, Kansas, population 2,600, nine people have died from the virus in recent days, health officials reported. Clusters of infections have emerged from a spa in Washington state, a hockey league in Vermont, a Baptist church in North Carolina and a Sweet 16 party on Long Island.

Sick people are telling contact tracers they picked up the virus while trying to return to ordinary life. Beth Martin, a retired school librarian who is working as a contact tracer in Marathon County, Wisconsin, said she interviewed a family that had become sick through what is now a common situation — at a birthday party for a relative in early October.

Mark Harris, county executive for Winnebago County, Wisconsin, said he had been frustrated by the “loud minority” in his county that had been successfully pushing back against any public health measures to be taken against the pandemic.

They have a singular frame of mind, he said: “‘This has been inconveniencing me long enough, and I’m done changing my behavior.’”

In the Czech Republic, a politically divided nation, people met the initial order to shelter at home this spring with an unusual show of unity. They began a national mask sewing campaign, recognized around the world for its ingenuity. Confidence in the government, for its handling of the crisis, reached a record 86%.

Since then, support for the government response has plummeted, and the country is now experiencing the fastest increase in virus cases in Europe. Roughly half of the more than 150,000 cases recorded in the Czech Republic have come in the past two weeks, and more than half of the country’s nearly 1,300 deaths have come this month.

Poland is not far behind, with an explosion of new cases and a waning interest in volunteerism. The country of 38 million has the lowest number of doctors per capita in the European Union, and some doctors are now refusing to join coronavirus teams, concerned about safety protocols.

“We are on the brink of catastrophe,” Pawel Grzesiowski, a prominent Polish immunologist, told the Polish radio station RMF FM.

There are growing signs that the ongoing stress is taking a toll. In the United States, alcohol sales in stores are up 23% during the pandemic, according to Nielsen, a figure that could reflect the nation’s anxiety as well as the drop in drinks being sold at restaurants and bars.

Overdose deaths, too, are on the rise in many cities. In Cuyahoga County, Ohio, which includes Cleveland, there were recently 19 overdose deaths in a single week, far more than most weeks.

“Like a lot of other people, I’ll be happy to see 2020 end,” said Dr. Thomas Gilson, the county’s medical examiner.

In the initial days of the pandemic, Shanna Groom, 47, kept busy spreading uplifting messages in her neighborhood in Murfreesboro, Tennessee. She drew smiley faces in chalk in her driveway, waved the school flag when teachers did a drive-through visit of the neighborhood and positioned a teddy bear in her window as part of a “bear hunt” for neighborhood children.

The bear, which was dressed like a nurse, wearing a mask and mint green scrubs, sat in her dining room window for months. This month, Groom finally removed the bear to paint the room.

“It kind of made me a little sad,” said Groom, who is a nurse. “We were doing sprints in the beginning, and now it’s a marathon. We’re a little tired.”

In many states, businesses are open and often operating free of restrictions, even as hospitalizations have been driven up. This past week in Wisconsin, a field hospital at the state fairgrounds with a 530-bed capacity was reopened for coronavirus patients.

Dr. Michael Landrum, who treats coronavirus patients in Green Bay, Wisconsin, said mask use is more widespread than in the spring, personal protective equipment is easier to come by for hospital workers, and treatment of the virus is more sophisticated.

Back then, it was not as hard to figure out where sick patients had contracted the coronavirus. There were outbreaks at meatpacking plants in town, and many cases were tied to them. Now it is more complicated.

“The scary scenario is the number of patients who really just don’t know where they got it,” Landrum said. “That suggests to me that it’s out there spreading very easily.”