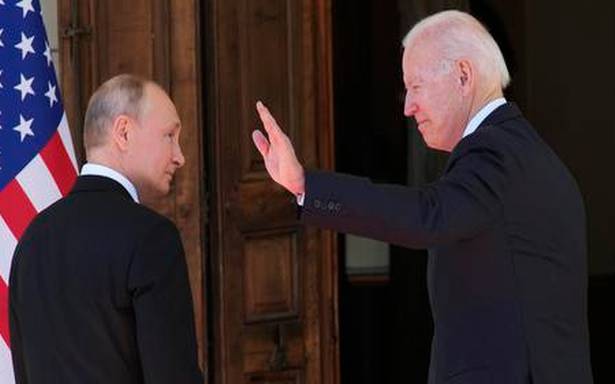 The call will take place as tensions continue between Russia and Ukraine.

U.S. President Joe Biden and his Russian counterpart, Vladimir Putin, will hold a phone call on Thursday — their second call in December. The call, which will take place as tensions continue between Russia and Ukraine, was requested by Mr. Putin, according to Biden administration officials, and will focus on several dialogues the two countries are scheduled to participate in the next month.

Why has Putin amassed troops near the border with Ukraine? | In Focus podcast

During Thursday’s interaction, “President Biden will make clear that there is a diplomatic path to de-escalating tensions in the region if President Putin is interested in taking it,” a senior administration official, who did not want to be named, told reporters on a Wednesday briefing call.

The U.S. and Russia are scheduled to hold a bilateral Strategic Stability Dialogue on January 10 in Geneva. However, Mr. Biden and Mr. Putin will not personally participate in those discussions in Geneva, the official said. A NATO-Russia Council meeting is scheduled for January 12 and the Organisation for Security and Cooperation in Europe for January 13.

Russia has massed about 100,000 troops along the border with Ukraine, according to Ukraine and the West’s estimates. Ten thousand troops had begun returning to their bases after military exercises, Moscow announced on Saturday. However, most of these returning troops were not part of deployments at the border, as per reports.

Mr. Biden would tell Mr. Putin that the U.S. and its allies were “prepared for diplomacy and for a diplomatic path forward, but we are also prepared to respond if Russia advances with a further invasion of Ukraine,” the official said.

Ukraine had proposed short-term confidence-building measures with Russia, including a recommitment to a 2020 ceasefire, the official said. The U.S was also “prepared to discuss security and strategic matters” that have been the topic of private and public discussion recently.

The Biden administration has been consulting its European allies, including this week, U.S. officials have said in the run-up to Thursday’s call.