After a landslide election victory for his Prosperity Party in June, Abiy Ahmed's new government still faces a host of challenges, including the deadly conflict in Tigray. 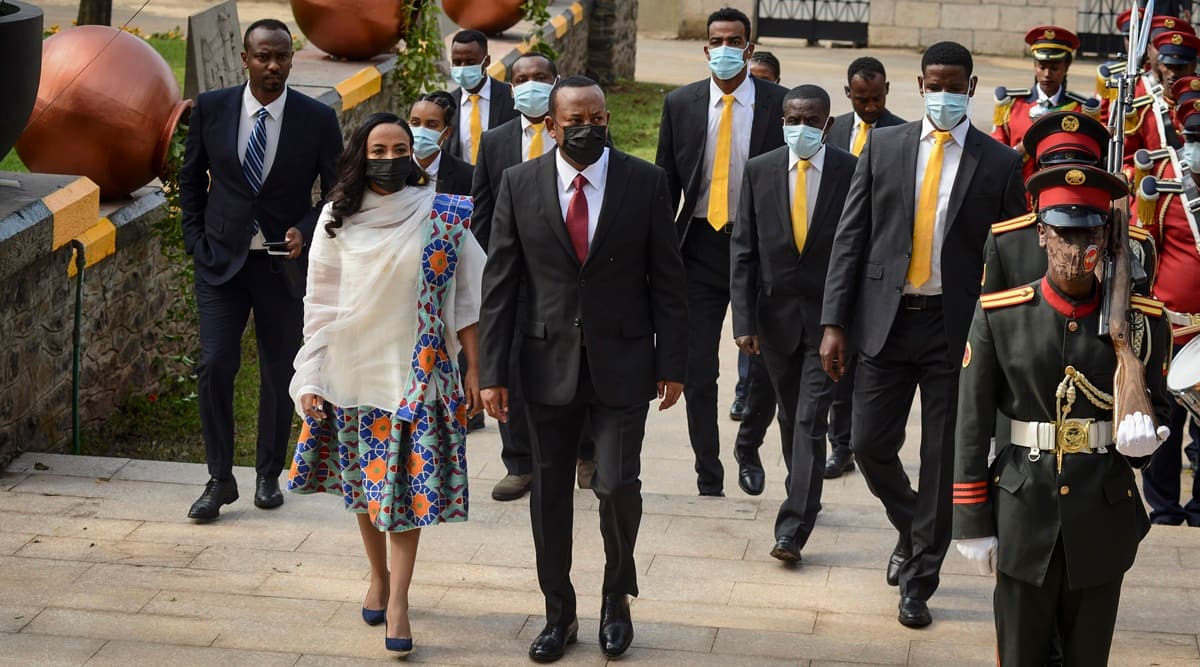 Ethiopian Prime Minister Abiy Ahmed was sworn in on Monday for a second five-year term.

His inauguration comes as a nearly year-long war in the northern region of Tigray spreads into other parts of the country and watchdogs warn that repressive government practices are on the return.

Signs bearing a flower and the words “New Beginnings” were seen across the capital ahead of Monday’s ceremony.

“I, Abiy Ahmed Ali, today in the House of People’s Representatives, accept the appointment as prime minister, as I pledge to undertake responsibly and with faith to the constitution the responsibility placed upon me by the people,” he said while being sworn in by Supreme Court Chief Justice Meaza Ashenafi.

“Today is a milestone yet only a beginning of a season of hope,” Abiy’s senior adviser Mamo Mihretu said on Twitter. “The road ahead might be daunting, but we shall not be weary.”

What happened in the election?

Abiy’s Prosperity Party was declared the winner of parliamentary elections in June.

The vote was criticized and even boycotted by some parties, who said their candidates had been arrested. Yet, electoral observers said it was better run than previous elections.

The embattled Tigray region was excluded from the polls.

Races for one-fifth of parliament seats had to be delayed because of security or logistical issues.

Authorities held elections for some of those seats last week. The results, which will not have a major bearing on the balance of power in parliament, are expected later this month.

How did Abiy rise to power?

Abiy has served as prime minister since 2018. He was appointed by Ethiopia’s ruling coalition after his predecessor Hailemariam Desalegn stepped down amid widespread protest.

Abiy’s appointment was preceded by his election as chairman of the ruling four-party coalition officially known as the Ethiopian People’s Revolutionary Democratic Front (EPRDF).

Abiy dissolved EPRDF to form the Prosperity Party in 2019. The move led to a falling out with the Tigray People’s Liberation Front (TPLF), which had dominated the coalition for nearly three decades.

Ethiopia’s government is under growing international pressure over its handling of the war in Tigray.

Humanitarian conditions in Tigray are worsening as people begin to starve to death under what the UN has called a “de facto humanitarian blockade.”

The 11-month deadly conflict is weakening Ethiopia’s economy, once one of Africa’s fastest-growing. It also threatens to isolate Abiy, once seen as a regional peacemaker who received the Nobel Peace Prize in 2019 for restoring ties with neighboring Eritrea.