Merck said it would seek emergency authorization from the Food and Drug Administration for its drug, known as molnupiravir, as soon as possible. The pills could be available by late this year. 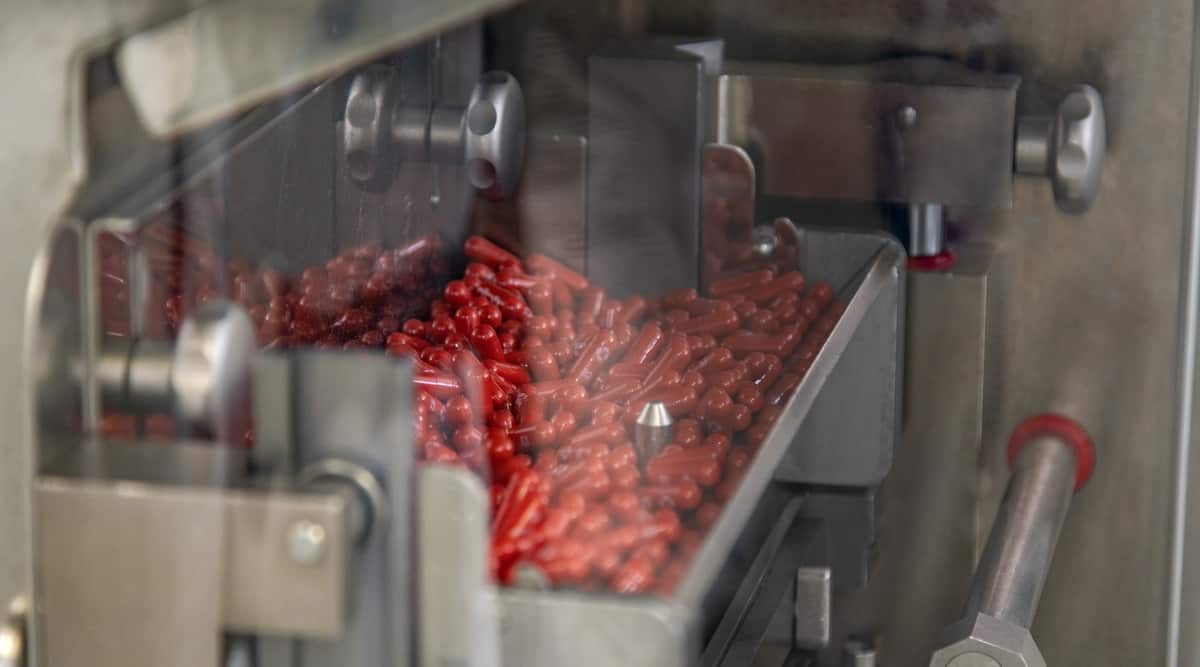 Drugmaker Merck said Friday that its pill to treat COVID-19 was shown in a key clinical trial to halve the risk of hospitalization or death when given to high-risk people early in their infections.

The strong results suggest that a new wave of effective and easy-to-use treatments for COVID will gradually become available in the United States, though supply is likely to be limited at first. Merck said it would seek emergency authorization from the Food and Drug Administration for its drug, known as molnupiravir, as soon as possible. The pills could be available by late this year.

Merck’s drug would be the first pill to treat COVID-19. It is likely to be followed by a number of other antiviral pills that other companies are racing to bring to market. They have the potential to reach more people than the antibody treatments that are being widely used in the United States for high-risk patients.

“I think it will translate into many thousands of lives being saved worldwide, where there’s less access to monoclonal antibodies, and in this country, too,” said Dr. Robert Shafer, an infectious disease specialist at Stanford University.

White House officials Friday hailed the strong trial data, but they noted that the antiviral pills were no substitute for more Americans getting vaccinated. Despite the growing number of governments and companies mandating vaccines, only 56% of Americans are fully vaccinated.

“The right way to think about this is this is a potential additional tool in our toolbox to protect people from the worst outcomes of COVID,” said Jeff Zients, a White House coronavirus adviser. Vaccination, he said, “remains far and away our best tool against COVID-19. It can prevent you from getting COVID in the first place, and we want to prevent infections — not just treat them when they happen.”

The results of clinical trials of two other antiviral pills, one developed by Pfizer and the other from Atea Pharmaceuticals and Roche, are expected in the next few months.

The Merck drug — named for Mjölnir, the hammer wielded by thunder god Thor in Norse mythology — is designed to stop the coronavirus from replicating by inserting errors into its genetic code. Doctors will prescribe the treatment to patients, who will receive the pills from pharmacies. The drug is meant to be taken as four capsules twice a day for five days — a total of 40 pills over the course of treatment. The federal government has placed advance orders for 1.7 million courses of treatment, at a price of about $700 per patient. That is about one-third of the current cost of a monoclonal antibody treatment, which is typically given to patients via intravenous hookups.

The limited number of doses that the U.S. government has ordered means that only a small fraction of those who fall ill from COVID are likely to be able to receive the treatment, at least initially. Merck said Friday that it expected to be able to make enough pills for 10 million people by the end of this year, though it is unclear how many of those doses would go to the United States or other countries.

COVID has killed nearly 700,000 Americans. Roughly half of those deaths occurred this year, even as vaccines became widely available.

Merck said an independent board of experts monitoring its clinical trial recommended that the trial be stopped early because the drug’s benefit to patients had proved so convincing. The company said the FDA had agreed with that decision.

The monitors looked at data through early August, when the study had enrolled 775 volunteers in the United States and overseas. Seven percent of those in the group that received the drug were hospitalized, and none died, compared with a 14% rate of hospitalization and death in the group that received placebo pills. Mild side effects, which can include headaches, were reported at the same rate in both groups.

The Merck pill appeared to be less effective than monoclonal antibody treatments, which have been in high demand recently. Studies have shown that they reduce hospitalizations and deaths by at least 70% in high-risk COVID patients. But the antibody treatments are expensive, are typically given intravenously and are cumbersome for hospitals and clinics to administer.

Angela Rasmussen, a virus expert and research scientist at the Vaccine and Infectious Disease Organization at the University of Saskatchewan, said that antiviral pills could have a greater effect by virtue of reaching more people.

If the pills cut hospitalizations and deaths by half, “that is going to translate to an objectively larger number of lives saved potentially with this drug,” she said. “Maybe it isn’t doing the same numbers as the monoclonal antibodies, but it’s still going to be huge.”