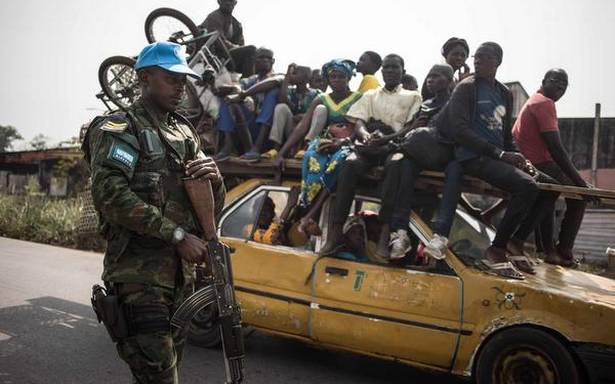 Refugees have crossed into Cameroon, Chad and the Republic of Congo

More than 2,00,000 people have fled fighting in the Central African Republic since violence erupted over a December election result, the U.N. refugee agency(UNHCR) said on Friday, with nearly half crossing into the Democratic Republic of Congo.

The CAR Army, backed by U.N., Russian and Rwandan troops,has been battling rebels that are seeking to overturn a December 27 vote, in which President Faustin-Archange Touadera was declared the winner.

“Refugees have told UNHCR that they fled in panic when they heard gun shots, leaving their belongings behind,” spokesman Boris Cheshirkov told journalists in Geneva.

About 92,000 refugees have reached DRC and more than 13,000 have crossed into Cameroon, Chad and the Republic of Congo. The rest are displaced inside the Central African Republic.