Indonesian divers were assisted by remotely operated vehicles as they searched for bodies and black boxes from Flight SJ182. The recovery operation was hindered by tons of debris and layers of mud. 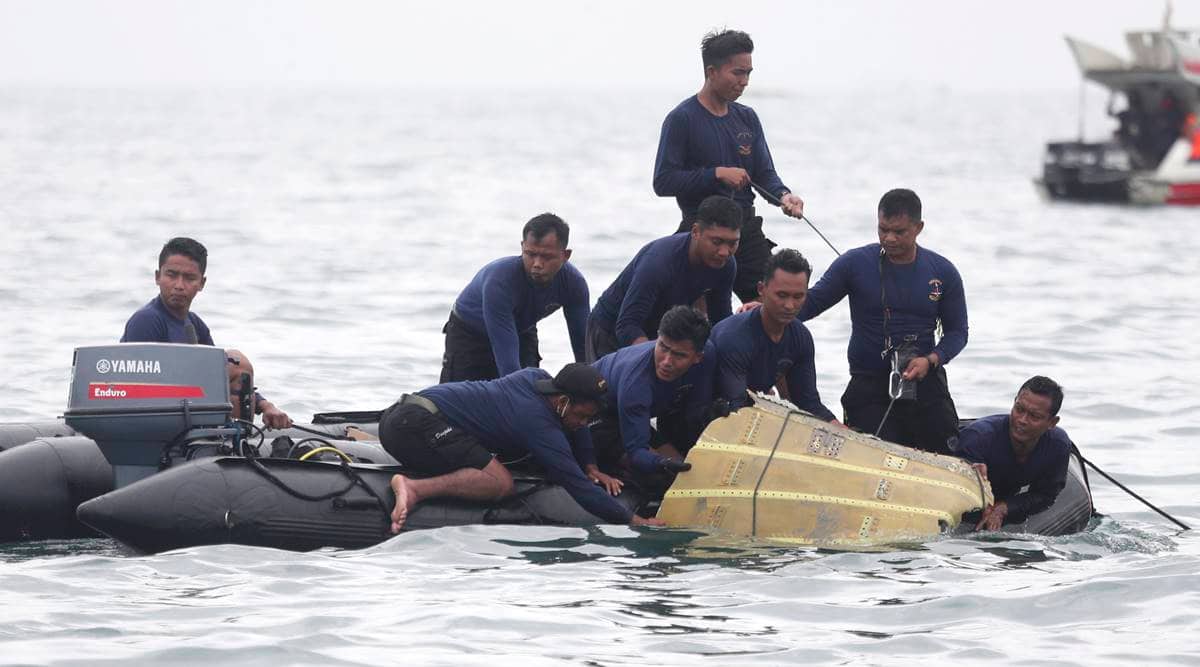 Indonesian divers on Tuesday were aided by a remotely operated underwater vehicle as they resumed the search for the remains of the victims and sought to recover the flight recorders from the Sriwijaya Air jet.

The Boeing 737-500 plane crashed into the Java Sea minutes after taking off from Jakarta’s main airport on Saturday afternoon with 62 people on board.

Authorities have narrowed down the approximate location of the black boxes, after picking up signals from the devices, which record information about the speed, altitude, and direction of the plane as well as flight crew conversations.

But the search has been hindered by the tons of plane debris and layers of sea mud underneath which the boxes may be buried in waters about 23 meters (75 feet) deep.

The recordings could prove crucial to understanding what caused a catastrophic loss of control after take-off.

While the remote-controlled vehicles scoured the seabed, navy vessels with sonar searched from the surface.

Once the black boxes are retrieved, Indonesia’s National Transportation Safety Committee (KNKT) expects to be able to read the information in three days.

About 160 divers are part of the 3,600 personnel involved in the search operation.

“They’ve got to go through garbage and other debris [on the seafloor] and the mud and visibility are also a challenge,” Yusuf Latif, a spokesman for Indonesia’s search-and-rescue agency Basarnas, said on Tuesday.

The searchers, assisted by 13 helicopters, 54 large ships, and 20 small boats, have found parts of the plane and have sent scores of body bags containing human remains to police identification experts who on Monday identified their first victim.

Flight attendant Okky Bisma, 29, was identified by his fingerprints, a police official said.

What happened to Flight SJ182:

# The flight was bound for the city of Pontianak, northwest of Jakarta

# There were 62 people on board, including 10 children

# A sea-and-air search effort was launched, including 11 navy ships, two helicopters, and 300 personnel

# The SJ182 was the third Indonesian budget airline crash since 2014.

It was the second major air crash in Indonesia since 2018 when 189 passengers and crew were killed after a Lion Air Boeing 737 MAX also plunged into the Java Sea soon after taking off.