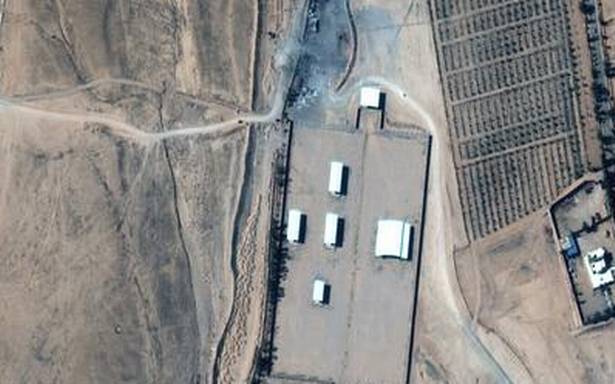 The White House has said that through the airstrikes in Syria, President Joe Biden protected US personnel and facilities, and deterred the risk of additional attacks "over the coming weeks".

On Thursday, airstrikes in Syria targeted facilities belonging to a powerful Iranian-backed Iraqi armed group, reportedly killing one fighter and wounding several others.

The strikes came in the wake of recent attacks on US interests in Iraq, including a rocket attack last week which killed a civilian contractor and injured a US service member and other coalition troops.

"The president is sending an unambiguous message that he’s going to act to protect Americans, and when threats are posed, he has the right to take action at the time, and in the manner of his choosing," White House Press Secretary Jen Psaki told reporters.

"He also is going to take these actions in a manner that’s deliberative, and that has the objective of de-escalating activity in both Syria and Iraq," she said.

Asked if the airstrikes influences reopening talks with Iran, Psaki said the status of that, at this point in time, remains that the U.S. is open to having these diplomatic conversations.

Right now the Europeans have issued an invitation and "we are waiting to hear back”, she said.

Responding to a question on the legal authority of conducting the strikes in Syria, Psaki said as a matter of domestic law, the President took this action pursuant to his article two authority to defend US personnel.

"The targets were chosen to… correspond to the recent attacks on facilities, and to deter the risk of additional attacks over the coming weeks. As a matter of international law, the US acted pursuant to its right to self defence as reflected in Article 50-1 of the UN Charter. The strikes were both necessary to address the threat and proportionate to the prior attacks,” Ms. Psaki said.

She added that the national security team conducted a legal “review” in advance.

At a separate news conference, Secretary of State Antony Blinken said that in the last 10 days there were multiple occasions attacks on American people, positions, interests that took lives and injured others.

"So we had both to respond to those attacks but also to an ongoing threat that was very clear," he said.

"We took this action that I think was focused, proportionate, but also effective in degrading some of the capacity that the militia in question had to perpetrate new attacks, and also to be very clear, notably to Iran, that they cannot act with impunity against our people, our partners, our interests. I think and expect that the message was clearly received,” Mr. Blinken said.

Congressman Adam Smith, Chairman of the House Armed Services Committee, said that the Syrian strike should serve as a reminder that the U.S. will always defend its partners, allies and interests.

"This makes President Biden the seventh consecutive US president to order strikes in the Middle East. There is absolutely no justification for a president to authorize a military strike that is not in self-defense against an imminent threat without congressional authorisation,” Mr. Khanna said.

“We ran on ending wars, not escalating conflicts in the Middle East. Our foreign policy needs to be rooted in diplomacy and the rule of law, not retaliatory air strikes without Congressional authorization,” he said in a tweet.

The U.S. needs to extricate from the Middle East, not escalate. The president should not be taking these actions without seeking explicit authorisation, Khanna said.

He said that he had spoken "against endless war with (former president Donald) Trump, and I will speak out against it when we have a Democratic President".