Joe Biden has crossed the 270 mark of electoral votes according to projections made by the Associated Press and will be the next president of the United States. 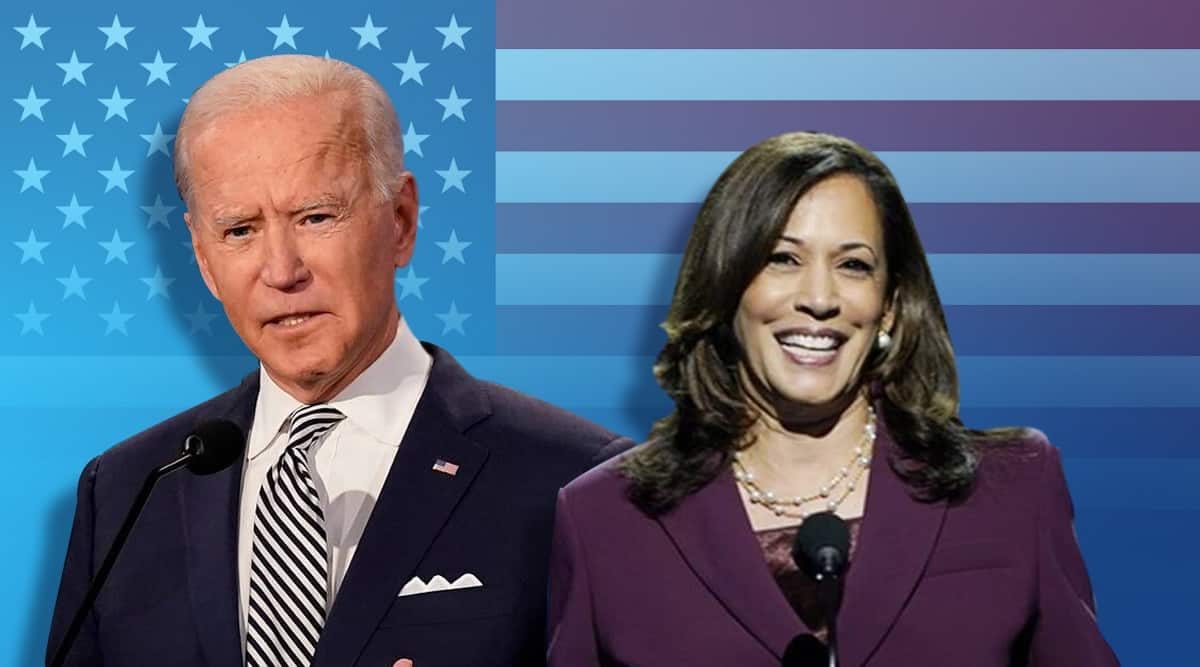 Joe Biden, the former two-term vice president and a Senate veteran, will be the 46th President of the United States, news agency Associated Press (AP) projected Saturday. Indian-American Kamala Harris will be the next vice president, the first woman and the first person of colour to hold the office.

Besides, AP’s projection includes the state of Arizona that gives Biden an additional 11 electoral votes. President Trump has 214 electoral votes as of Saturday night. Many states are still counting votes and will only officially declare results in the days to come. Most of these votes are mail-in votes and a majority of them are projected to be in favour of Biden.

The president-elect’s campaign team, however, will have to face a slew of legal challenges by Trump – many of which have already been dismissed by courts across the US. A recount of votes may also be held in some states with Georgia’s secretary of state Brad Raffensberger confirming there will be one.  It requested a recount in Wisconsin, and filed lawsuits in Pennsylvania, Michigan and Georgia – that legal experts and many Republicans say lack substance. Moreover, CNN reports that the Trump administration is unlikely to concede the election and is hoping to convince the courts – without any substantial claim – that there was electoral fraud.

Anticipating legal and political challenges ahead, Biden’s campaign put out a statement: “As we said on July 19th, the American people will decide this election. And the United States government is perfectly capable of escorting trespassers out of the White House.”

The 2020 election has been 77-year-old Biden’s third attempt at winning the presidency. He earlier entered the Democratic nomination in 1987 and 2008, with the latter resulting in President Barack Obama appointing him as his two-term running-mate. Biden has also been a six-term senator from Delaware that elected him first in 1972.

Speaking from the White House briefing room Thursday, Trump made unsupported accusations of voter fraud to falsely argue the Biden camp was trying to seize power. “We’re hearing stories that are horror stories… We think there is going to be a lot of litigation because we have so much evidence and so much proof,” Trump said, falsely claiming that his campaign had been denied access to observe any counting in Detroit.

On Friday, Trump exclaimed on Twitter that he had “easily” won the presidency “with legal votes cast”. “The observers were not allowed, in any way, shape, or form, to do their job and therefore, votes accepted during this period must be determined to be illegal votes. US Supreme Court should decide!” he said.

Biden, on his part, tried to ease tensions, calling for the counting of each ballot before the results are announced. “Power can’s be taken or asserted,” he said. “It flows from the people. And it’s their will that determines who will be the president of the United States, and their will alone.”

Why AP called Arizona for Biden

The Associated Press called the race in Arizona for Biden at 250 am EST Wednesday after an analysis of votes cast statewide concluded Trump could not catch up in the ballots left to be counted.

Arizona has a long political history of voting Republican. It’s the home state of Barry Goldwater a five-term conservative senator who was the Republican nominee for president in 1964. John McCain, the party’s 2008 presidential nominee, represented the state in Congress from 1983 until his death in 2018.

But, changing demographics including a fast-growing Latino population and a boom of new residents — some fleeing the skyrocketing cost of living in neighboring California — have made the state friendlier to Democrats.

Many of the gains have been driven by the shifting politics of Maricopa County, which is home to Phoenix and its suburbs. Maricopa County accounts for 60 per cent of the states vote and Biden leads there by 34 percentage points in votes that have already been tabulated. – Associated Press

In one case dismissed Thursday a Michigan judge noted that the states ballot count is over as she tossed the campaigns lawsuit to get a closer look at local elections officials as they process absentee ballots.

In Georgia a state judge dismissed a case over concerns about 53 absentee ballots in Chatham County after elections officials in the Savannah area county testified that all of those ballots had been received on time Campaign officials said earlier they were considering similar challenges in a dozen other counties around the state.

In Pennsylvania meanwhile the Trump campaign won an appellate ruling to get party and campaign observers closer to election workers who are processing mail-in ballots in Philadelphia. But the order did not affect the counting of ballots that is proceeding in Pennsylvania and elsewhere as elections officials are dealing with an avalanche of mail ballots driven by fears of voting in person during a pandemic.

The Trump campaign filed a new federal lawsuit after hours Thursday in Nevada alleging that ineligible votes were cast in the Las Vegas area the biggest Democratic stronghold in an otherwise predominantly GOP state.

– With inputs from Associated Press