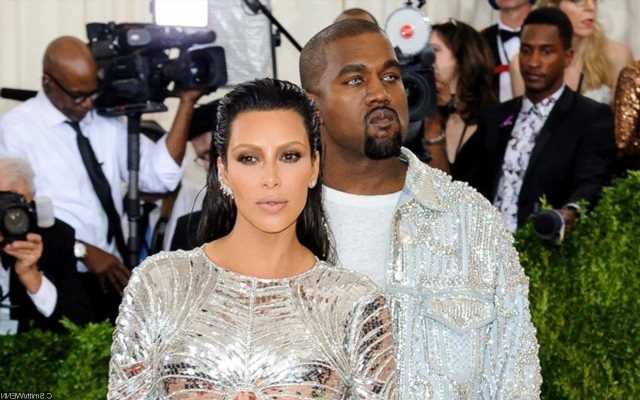 The move arrives after people believe that the ‘Flashing Lights’ hitmaker admits to cheating on the SKIMS founder in ‘Hurricane’, one of the songs off his 10th album ‘Donda’.

AceShowbiz –Kanye West has apparently decided not to keep up with Kim Kardashian anymore. After unfollowing the reality TV star on Twitter earlier this year, the “Donda” artist has hit the unfollow button on his estranged wife’s Instagram page.

Kanye has now only following 9 accounts on the photo-sharing platform. All of them have blacked out icons just like himself. The musician also only had one post on his page, having removed the previous ones.

The move arrived after people believed that Kanye admitted to cheating on Kim in “Hurricane”, one of the songs off his 10th album “Donda”. In the track, he raps, “Here I go actin’ too rich. Here I go with a new chick. And I know what the truth is. Still playin’ after two kids. It’s a lot to digest when your life always movin’.”

A source, however, claimed that Kanye regretted his behavior. “There were things that happened in their marriage that Kanye regrets.” The informant added that the 44-year-old rapper realized that he “wasn’t always the best husband. He knows that he hurt Kim. He will always love her though.”

Another insider, however, spilled that the “new chick” mentioned in the song is not Kanye’s brief fling Irina Shayk. “If you look closer to the lyrics, he is referring to his infidelity during his marriage with Kim, even after two kids,” the source pointed out.

Meanwhile, Kanye was revealed to be unfollowing Kim on Twitter back in June. Ironically, the Grammy-winning rapper unfollowed her family, including Kourtney Kardashian and Khloe Kardashian, after the Kardashians paid tribute on his 44th birthday on their Instagram accounts on June 8.

In her birthday tribute, Kim posted on Instagram a throwback photo of the pair during their happier times with their three older kids. The “Keeping Up with the Kardashians” alum penned in the caption, “Happy Birthday Love U for Life!”