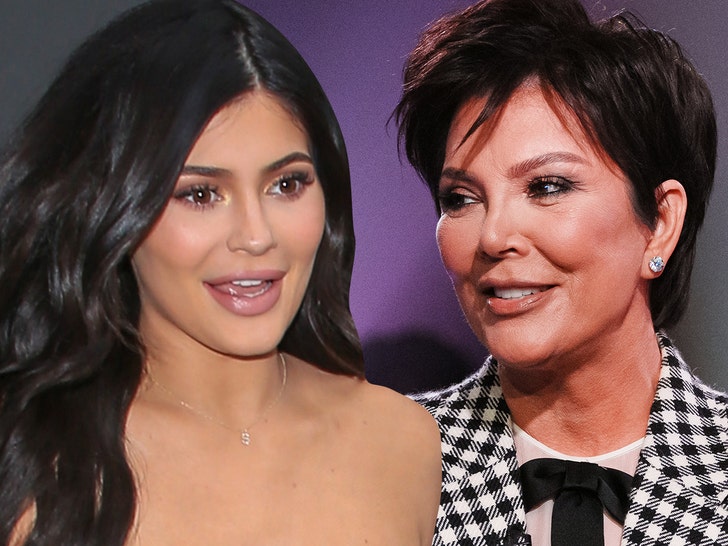 The beauty mogul dished the birth deets to James Corden on ‘The Late Late Show’ this week, talking about what Kris is like in the delivery room … a place she has been many times over the years, for both her own children and her grandkids.

When it came to Stormi … Kylie says Kris was playing doctor, reaching up into her birth canal and yanking the kid out. Apparently, she did this on her own … with pros standing by.

Kris clarified that she wasn’t going in barehand or anything … sounds like she was gloved and scrubbed, so it was kosher and clean. Still, though — it’s not a walk in the park, and it seems Kris tackled it with gusto. The second time around, she was on camera duty.

Speaking of kids, Kylie says she and Travis Scott have yet to settle on a permanent name for their son — who was named Wolf, and still is legally … but, apparently, the parents changed their mind and opted to name him something else — which she didn’t reveal.

Based on how Kylie describes the process, it appears mom and dad still aren’t settled on what to call the boy — but she says they’ll land on something eventually and tell the world.