The Duchess of York has always had a nose for a good story, be it the life of Queen Victoria or her children’s book Budgie The Little Helicopter.

Now I can reveal she is currently in Germany to see if she can dig up some royal skeletons — quite literally — for a documentary about the mother of Prince Albert.

Sarah Ferguson has been invited by Dr Ulrike Grunewald, 61, the deputy head of editorial at the German television company ZDF, to uncover the secret life of Princess Louise of Saxe-Gotha-Altenburg for an hour-long documentary due to be broadcast in September. 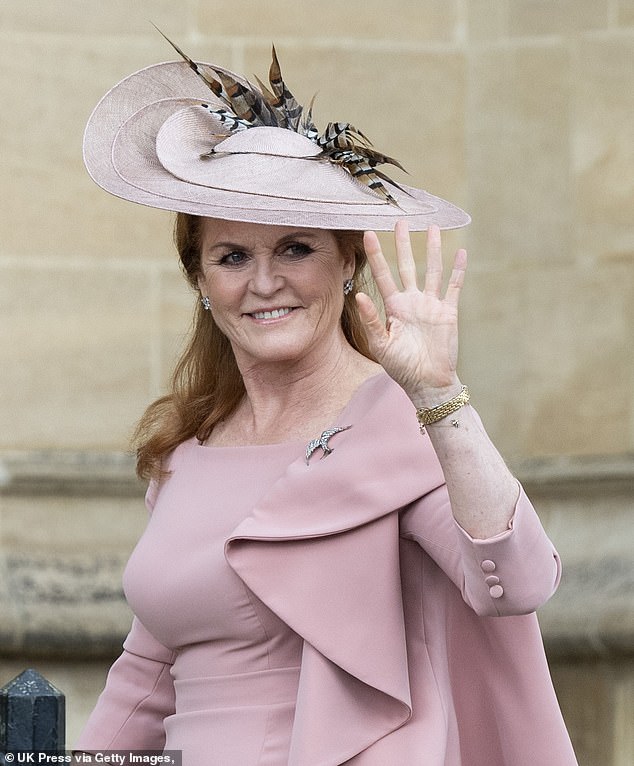 Sarah Ferguson has been invited by Dr Ulrike Grunewald, 61, to uncover the secret life of Princess Louise of Saxe-Gotha-Altenburg

‘We are going to see if we can find Louise’s coffin,’ Dr Ulrike told me last night. ‘We have the key to the mausoleum and want to see if she is buried next to her first husband Ernst I, Duke Of Saxe-Coburg and Gotha.’

The Princess had stipulated in her will that she did not want to be buried next to him.

Fergie and Dr Ulrike are also going to investigate a rumour that Prince Albert’s father may not be the Duke of Coburg, but an officer in the Coburg Court.

Fergie was executive producer on the 2009 film The Young Victoria starring Emily Blunt and Rupert Friend, and wrote about the pilgrimage to Coburg by Queen Victoria and Prince Albert, in her book Travels With Queen Victoria.

She is now travelling with Dr Ulrike to Coburg, Gotha and St Wendel in Germany to meet royal historians and archivists in a bid to unravel the mystery of Princess Louise, who was just 16 when she married Albert’s father Ernst. ‘So what happened to our wonderful Louise?’ muses the Duchess. ‘At the ages of five and seven, the boys Albert and Ernst II lost their mother Louise, who was discarded and abandoned and sent to a small town called St Wendel.

‘Whatever she had done to upset the Duke of Coburg…(he was tired and bored and wanted to divorce) to have to leave her two boys, and never see them again for the rest of her life, was for me beyond words.’

The Duchess of Sussex was cruelly reminded of her status in the royal pecking order this week when rubberneckers thronged the grounds of Frogmore House after it was thrown open to the public as part of the National Gardens Scheme.

The masses pounced on the chance to nose around this piece of royal Windsor on which stands Harry and Meghan’s marital home, Frogmore Cottage. Some openly sneered at the ugliness of the modern windows of the refurbished cottage, which now has the bland appearance of a care home in Bognor. ‘A small area was roped off, but you could still get a close-up view of it,’ says my man in green wellies.

Miranda ahead of the age of apps 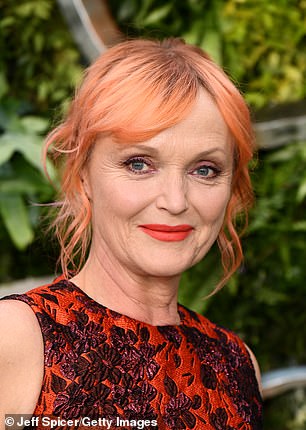 Miranda Richardson, who played Queenie in Blackadder, is glad she began acting before the advent of social media.

‘I consider myself lucky to have started my career at a different time,’ she tells me at the premiere of Amazon’s new TV show Good Omens.

‘I think there are more opportunities now for women in telly, but in film the real character roles are still too few.

‘I’ve tried not to get typecast — I think that’s been easy, though, because I’m not any particular “type”.’

Trainers save Naomi from a cobble wobble

Naomi Campbell knows better than anyone how perilous teetering around in high heels can be, as they famously once caused her to fall flat on her derriere during a Vivienne Westwood show in 1993.

This week, the 49-year-old was clearly taking no chances as she put comfort before style to navigate the cobbled streets of Rome. 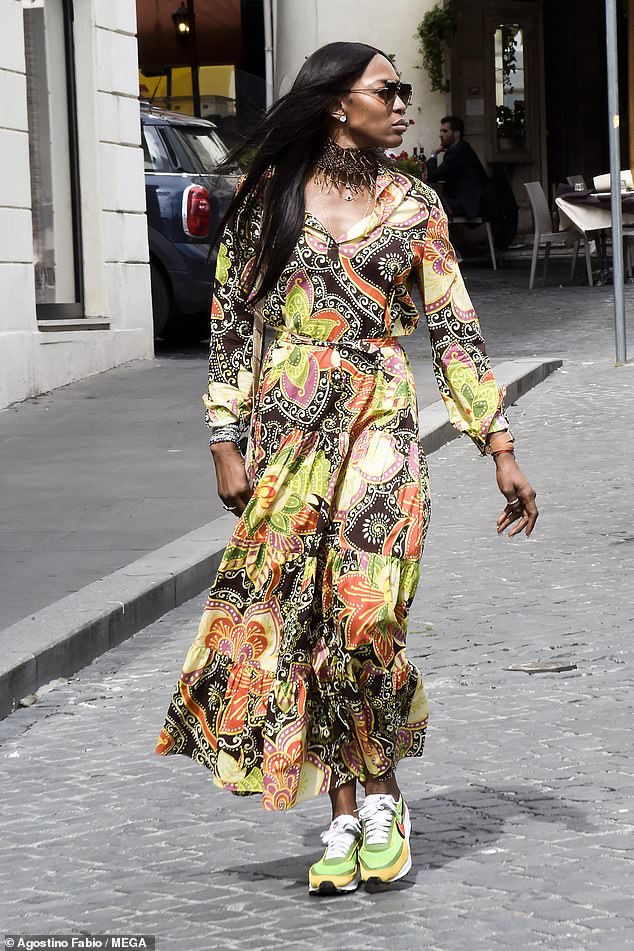 The supermodel turned heads in £142 Nike trainers, whose green, yellow and orange hues almost detracted from her floral-print maxi dress, which was cinched at the waist with a matching belt.

Sportswear has recently become a wardrobe staple for former gym-avoider Naomi, as she now takes regular boxing lessons in London.

Ed Sheeran didn’t become the world’s best-selling pop star by causing undue political offence. Contributing to a report calling for more government investment in the arts, the MBE-holder delivered the uncharacteristically punchy quote: ‘If you cut the funding to art, drama and music for young people, then you just won’t have any home-grown talent at all.’

But after due consideration, Sheeran’s quote was updated to the less punchy: ‘If we don’t support funding for art…’ Come on Ed, just say what you think.

Despite the dwindling number of small birds reported in English gardens, David Cameron’s sister-in-law Emily Sheffield claims she’s found a fledgling in rather unusual circumstances at her home in West London.

The former Vogue deputy editor, whose sister is fashion designer Samantha Cameron, shared a picture of herself with the bird online yesterday.

‘We’ve got a new friend at home — we think it’s a baby chaffinch, fell out of its nest in our attic. I was in the garden last night digging up worms and aphids… it’s very greedy!’ says Emily (pictured).

My twitcher thinks it looks more like a blue tit, Emily! 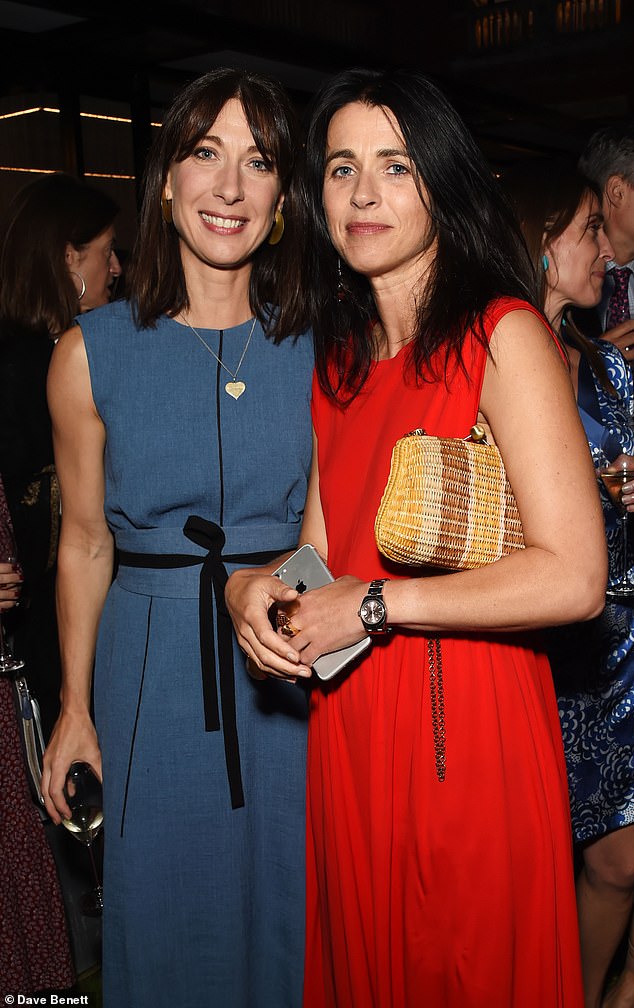