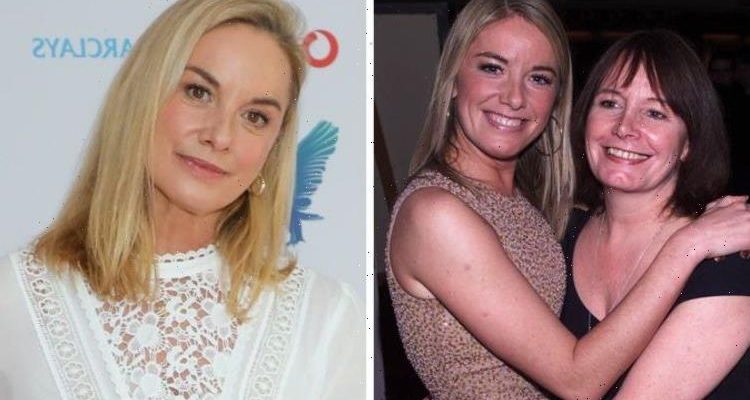 Tamzin Outhwaite’s mother, Anna Santis, died suddenly from an aneurysm in 2018. The former EastEnders actress was in “complete shock” by her mum’s passing as the latter hadn’t shown any signs of an illness in the lead up to her death.

She didn’t realise she was ill either

Anna was only 67-year- old and had left behind three children and multiple grandchildren.

In a new interview with OK! Magazine, the Ilford-born actress said she believed her mother’s death had played a significant part in why her life became “so unsettled”.

“She didn’t realise she was ill either,” the mother-of-two explained.

“It was a complete shock.

“The whole living with grief thing has been a problem.”

Tamzin, who played Mel Owen on the BBC soap from 1998 to 2019, addressed how her mother’s death later led her to seek counselling.

The mother-of-two believed she would learn not to be so hard on herself by seeking therapy.

“I’ve decided to have grief counselling because I feel that losing mum may be a part of why I’m feeling so unsettled,” she expressed.

“I mustn’t be so hard on myself, and I think getting grief counselling will help.”

Tamzin concluded by saying her mum “is still alive and living in Spain.”

“It feels that real”.

In October, the Ridley Rod star spoke candidly about never receiving the inheritance money her mum had left behind because Anna never had a formal written will set in place for her family.

While dealing with her mum’s death, Tamzin also recalled coming to terms with the fact that she wouldn’t be receiving much from her inheritance.

“I know what my mum would have wanted, but she didn’t have it written down,” she told The Sun.

“My advice is to prevent it happening and write it down, especially if you have property.”

Seeing that there was no will, Tamzin expressed that she couldn’t do much about the situation at the time, meaning that she and her siblings had been left out of “what was meant for them”.

Tamzin said it was the complete opposite of what their mum would have wanted for her kids.

“There were no tears over not getting money but the feeling that my mum’s wishes weren’t carried through,” she explained.

As she began grieving the loss of her mother, Tamzin stressed it was her boyfriend Tom Child who had provided her with love and support during a time she felt her entire world was falling apart.

The doting couple has been together for five years, having first met at a yoga studio in London in 2017.