However, all the convicts were granted bail the same day and their advocate said that they would move the session court against the verdict of the trial court. 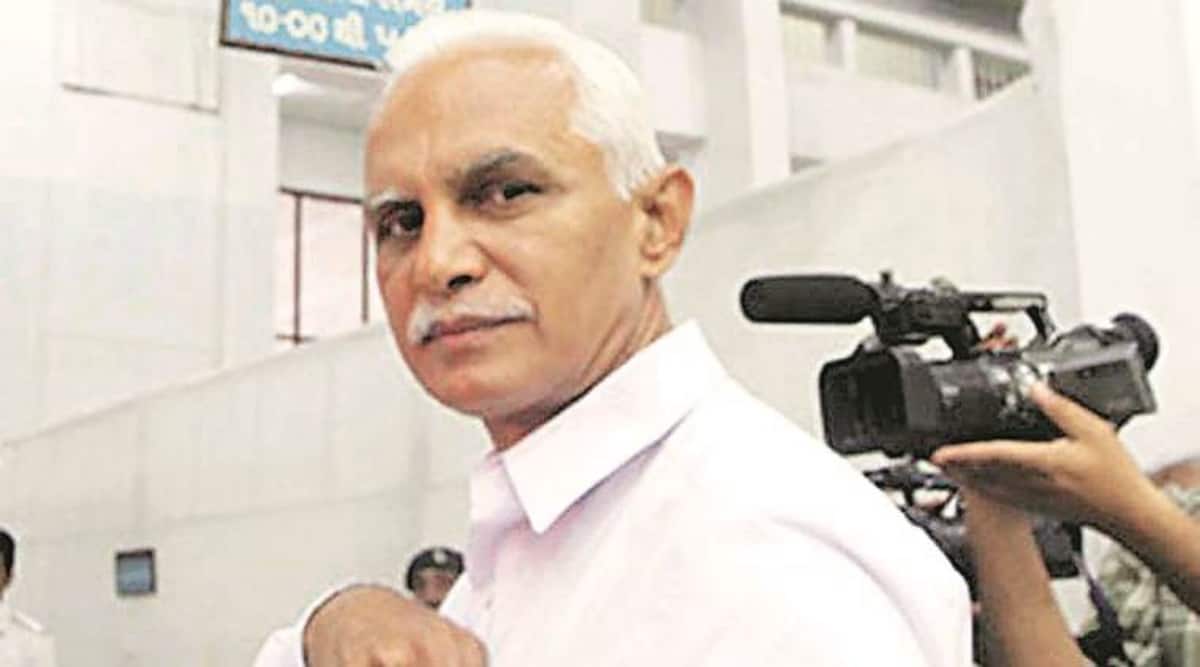 A LOCAL court in Talaja town of Bhavnagar district on Thursday sentenced former BJP MLA Kanu Kalsariya and six others to six months of imprisonment in a case of trespassing into limestone mining site of a cement company in 2018.

However, all the convicts were granted bail the same day and their advocate said that they would move the session court against the verdict of the trial court.

The conviction comes around a week after Kalsariya was acquitted in a case of alleged assault on police during his agitation against a proposed cement plant of Nirma in Mahuva taluka of Bhavnagar.

The court of judicial magistrate (first class), Alpeshkumar Dodia pronounced Kalsariya and six farmers opposing limestone mining by UltraTech Cement Limited (UCL) guilty under IPC sections 427 (mischief causing damage to the amount of Rs50) and 447 (criminal trespass) and sentenced them to six months imprisonment. The court also imposed Rs 700 fine on each of the convict. However, the court acquitted them of the charges under IPC sections 143 (unlawful assembly), 147 (rioting) and 120-B (criminal conspiracy).

Incidentally, Bharat Bhil is also in the race to get a Congress ticket to contest Kalsar seat of Bhavnagar district panchayat. The Kalsar seat comprises six of the 11 villages affected by the mining project.

According to the prosecution, Kalsariya had a led a group of farmers to the limestone mine of UCL in Bambhor village on November 16, 2018 to force the cement major to stop mining of the limestone, claiming that the land belongs to farmers. The farmers had also filled up excavated areas with soil.

“We produced in the court revenue records proving the land in question belonged to the company and not the farmers. An engineer of the UltraTech and a few policemen who were eyewitness to the crime testified to the effect that the accused had entered the mining site,” Bhupendra Khambhalia, special public prosecutor in the case, told The Indian Express.

The case was fast-tracked as Kalasariya is a former MLA. He was BJP MLA from Mahuva Assembly seat till 2012 but had fallen out with his party over allocation of land to Nirma for setting up a cement plant in his constituency around 10 years ago. Kalsariya had led the agitation by farmers against the proposed cement plant and through a legal battle had forced the cancellation of the proposed plant.

“Besides, the testimony of eyewitness and documentary evidence, complainant in the case, the HR manager of UltraTech in Kovaya, also produced a video CD purportedly showing the accused at the mining site and committing the crime,” Khambhalia further said.

But Kalsariya told The Indian Express that he had not committed any offence and would move Bhavnagar sessions court against the verdict. “Ultratech was given permission for mining despite objections from farmers and therefore it is an illegal activity. We did not enter the company’s mining site but agricultural fields of farmers and yet we are dragged to court. We shall appeal against this judgement,” he said.

Kalsariya’s conviction comes days after a court in neighbouring Mahuva had acquitted him and eight others in a case of alleged assault on police during a rally he was leading against the proposed cement plant of Mahuva in 2010.