The BMC has come up with a seven-day plan to move the corals from their current to new locations. Assisting the BMC team and NIO experts are a marine biologist and a forest ranger from the state forest department. 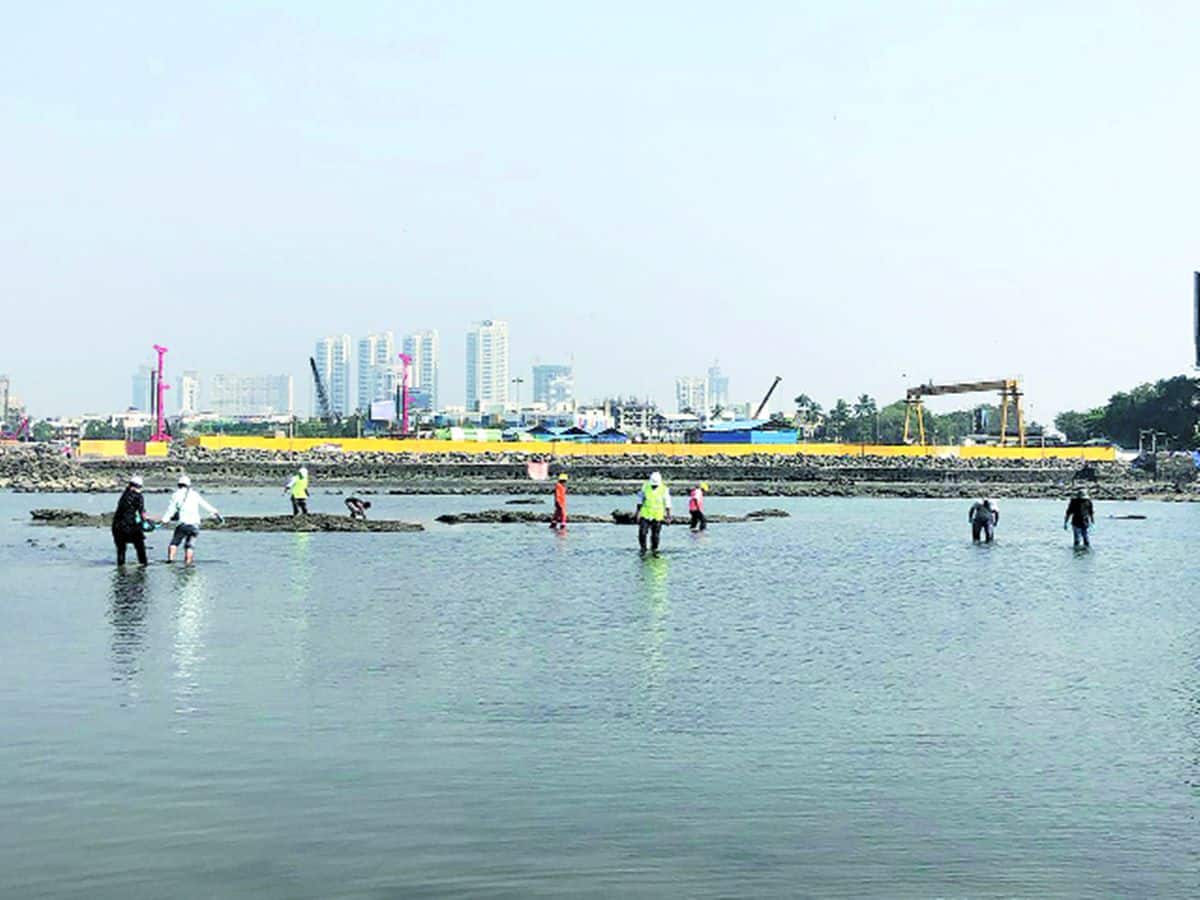 The Brihanmumbai Municipal Corporation (BMC) and experts from the National Institute of Oceanography (NIO) have started the process of translocation of corals in the path of Mumbai’s upcoming coastal road in the sea off Worli and Haji Ali. The work is expected to be completed in the next few days.

Once translocated, the corals will be tracked via the Global Positioning System, BMC officials said. They will be given numbers with plastic tags for easy identification.

The teams working on the project on Thursday began a survey of the corals that are to be shifted from Haji Ali. On Friday, a team will visit Worli to survey the corals present there.

The BMC has come up with a seven-day plan to move the corals from their current to new locations. Assisting the BMC team and NIO experts are a marine biologist and a forest ranger from the state forest department.

“BMC had already identified the coral colonies at Worli and Haji Ali and taken GPS locations. On Thursday, the BMC team started identifying boulders that have ‘false pillow’ species of corals present in a large tide pool at Haji Ali. These rock boulders with corals are dispersed in the tide pool and once we are sure all coral boulders have been identified, they will be assembled at one location in the tide pool. By doing this, on the day of translocation, it would be easy to move them to other places without too much difficulty,” said Virendra Tiwari, Additional Principal Chief Conservator of Forest (Mangrove Cell).

He added before the translocation, the exact unit area of the corals on assembled rocks will be identified for future reference to keep a check on their survival and growth.

On Friday, another team will visit Worli to assemble the corals present there at one location. A BMC official said that another procedure will be followed at Worli, as the species identified there, the Rhizanglidae, has a different ecology that does not need entire boulders to be shifted.

“At Worli, the identified corals will be removed by cutting the slice of rock on which they are present. These portions will not be required o assembled at one location like in the case of the Haji Ali corals. These rock slices with corals will be fixed on some other rocks inside the sea with some adhesive-like material like cement concrete,” said Harshal Karve, marine biologist with the Mangrove Foundation.

The BMC has permission until December 31 to move these corals. However, it is trying to move them in the next few days, as November 14 and 15 are set to witness this year’s lowest low tides. The species documented are hard corals and visible during the low tide.

Earlier, Principal Chief Conservator of Forests (Wildlife) in Nagpur had given the BMC permission to translocate 18 colonies of corals that are present in the alignment of the 10.58-km coastal road being constructed from Princess Street flyover to Worli.

The permission letter has stated that the chief engineer of the project should ensure adequate protection to the coral species and also monitor their survival and growth after translocation. Further, BMC has been asked to submit a completion report before the state and central governments.

The letter also said that translocation of the corals should be completed between October 29 to December 31 in the presence of additional principal chief conservator of forests (Mangrove Cell) or representative of the forest department and an expert from Wildlife Institute of India or NIO.

Corals are marine invertebrates that attach themselves to rocky intertidal regions and sustain a variety of marine life. They garner the same protection as a tiger or elephant under Schedule I of the Wildlife Protection Act (WPA), 1972.

The NIO, which was appointed to study the presence of marine biodiversity along the coastal road project area, has identified six coral species at Worli and Haji Ali – two species of the Rhizangiidae family (Oulangia and one unidentified species) with 18 colonies documented across 0.251 sq m in Worli and Dendrophylliidae family, along with Rhizangiidae, across 0.11 sq m area at Haji Ali.