It has taken 18 months for the city to record half a million Covid cases. Joy Merwin Monteiro from IISER, Pune reflects on this period and the lessons it has for us 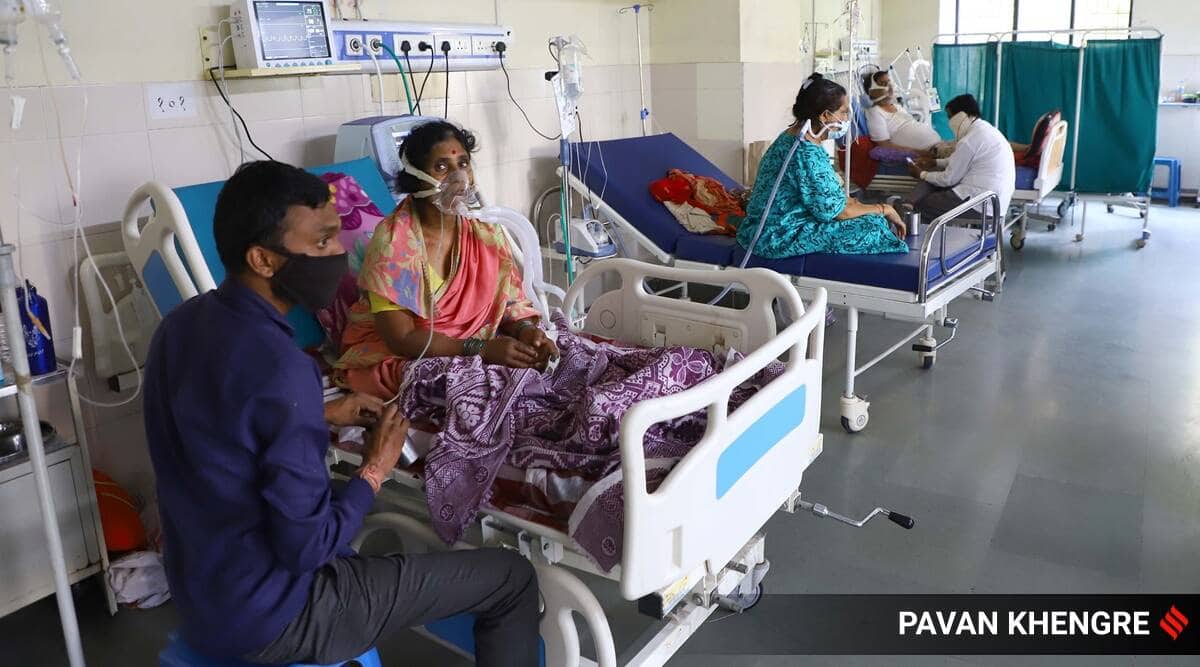 Pune city, the area under Pune Municipal Corporation (PMC), has reached the unwanted milestone of recording half a million cases of Covid-19 and more than 9,000 deaths since the first case was reported on March 9, 2020. It has taken us 18 months to get there, with most of the cases being reported in the span of eight months – July-October 2020 and March-June 2021. In this article, I will reflect on these 18 months and see if there have been any lessons learnt to help us be more prepared for future waves of Covid-19 or any other infectious disease that will inevitably affect us.

In the first four months after the pandemic spread to India, there was a complete national lockdown and creation of containment zones across the city, especially in the densely populated peths. Was this national lockdown necessary? Absolutely. Even a rich city such as Pune, with a large number of high-quality hospitals, was unprepared to deal with an epidemic of this scale, and the lockdown gave the city administration and public health infrastructure time to devise a suitable response.

Did the national lockdown keep cases in check? Not as much. Our study on the effectiveness of lockdowns in Pune indicates that while it bought us much-needed time to learn how to respond to Covid-19, the rate of infection kept increasing throughout the national lockdown period. This was due to a number of factors which range from WHO’s misunderstanding regarding spread of Covid-19 to sub-par contact tracing and containment in Pune.

In contrast, the regional lockdown for a brief period at the end of July was much more effective in reducing the rate of infection for a number of weeks subsequently. This contrast tells us that we still have much to learn about how to use lockdowns effectively, both in terms of duration as well as timing.

The acid test of our ability to contain Covid-19 came when the first serosurvey was conducted in Pune in late July 2020. The survey suggested that in some of the worst affected localities in the peths, we had identified only 1 in 20 to 30 cases. However, the infection fatality rate for Pune was similar to that calculated for other parts of the world, indicating that the undercounting of Covid-19 related deaths was minimal in Pune (and probably most of Maharashtra), notwithstanding the horror stories that were recently doing the rounds.

The results of the serosurvey made two things clear: Firstly, Covid-19 was much harder to tackle thanks to the large number of asymptomatic carriers and secondly, the scale of testing and contact tracing in Pune was not even close to what was required to contain such an epidemic. The lack of an adequate public health response was not unique to Pune – very few countries apart from China and South Korea have been able to contain waves of Covid-19 over the past two years.

By August 2020, it was clear that the data infrastructure required to handle real-time epidemiological and clinical data during a large-scale epidemic was sorely lacking in Pune (actually, the entire country). A large group of volunteers from industry and academia has been assisting the Pune Municipal Corporation in curating and analysing Covid-19 data since mid-2020. However, such efforts can only be short-term and city and state governments across the country must make it a high priority to build local expertise and infrastructure to be able to respond to future epidemics.

The efforts of PMC in ramping up beds, ICUs and testing paid dividends – Pune’s healthcare facilities were stretched, but not insufficient at any time during the first wave, and all of us were cautiously optimistic about Pune’s ability to handle any future waves. By the end of 2020, things were slowly returning to normal, helped no doubt by inaccurate assertions about India reaching herd immunity and misplaced confidence in our innate immunity.

And then arrived the Delta variant. Delta completely changed the appearance of the pandemic in Pune – the highest cases were now from the wards at the periphery of PMC instead of the peths, housing societies and apartment complexes were affected as badly as slum areas, and the cases began to rise at rates that made our heads spin. Analyses currently being done by scientists at IISER Pune, NCL (National Chemical Laboratory), BJGMC (Byramjee Jeejeebhoy Government Medical College) and Genepath show how, within a month, the Delta and Kappa variants went from being negligible actors to major contributors to new infections in Pune.

The response of Pune’s public health infrastructure, both public and private, was much better during the second wave as compared to cities like Delhi. Private RT-PCR testing labs led the way by testing as many, if not more people than the major government testing labs. The major government labs at NIV and BJGMC were also up to the task, allowing testing to ramp up from 4,000 tests per day to nearly 20,000 tests per day within a month (we were barely able to reach 7,000 tests per day during the first wave). The maximum test positivity during the second wave was actually lower than the first wave despite the huge difference in cases. This meant that more infected individuals were identified and quarantined, which had a direct impact on the spread of Covid-19. Private philanthropy also helped in dealing with the oxygen crisis. All in all, the second wave crisis demonstrated that different parts of society working together can mount an effective response.

Covid-19 has underscored the fragility of our public health infrastructure and showed in no uncertain terms that this fragility can result in the suffering of millions of people, even those who did not actually contract the disease. While we rightly celebrate the heroic efforts of individuals and voluntary organisations around the country, we must also remember that such heroism (and the toll it takes on ordinary citizens) would not be necessary if we as a country can put into place a robust public health system that is alert, responsive, data-driven and scalable. Another indisputable fact is that such a system has to be decentralised, since the same “ICMR guidelines” are unlikely to be useful in driving the public health response in both cities like Pune and villages. Development of local health infrastructure, staffed by locals who are personally invested in the health of the community is the correct way forward in the socio-cultural mosaic that is India.

(The views in this article represent the author’s personal opinion)