According to documents accessed by The Indian Express, the proposal for appointment of special public prosecutors in the case has been going back and forth between the Home and Law Departments of the Delhi government for over one year. 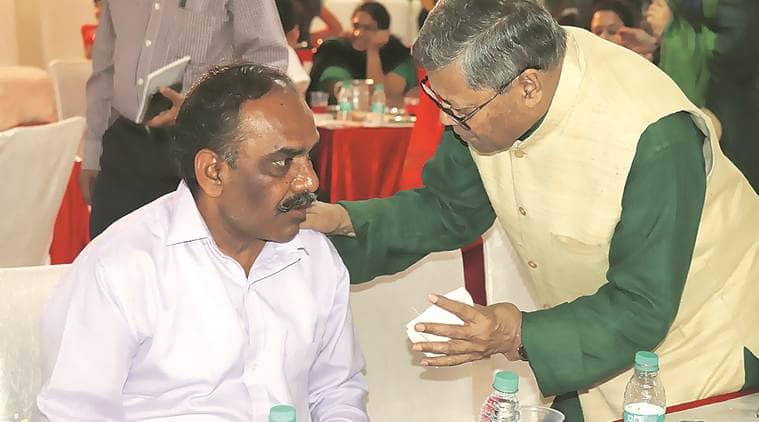 “Cheated” is how the father of Ankit Saxena, killed last year by the family of a woman he was in a relationship with, said he felt.
“Main apne aap ko thaga hua mehsus karta hoon (I feel cheated),” said Yashpal Saxena, speaking to The Indian Express about the unkept promises made by Delhi government regarding appointment of a special public prosecutor (SPP) and compensation of Rs 5 lakh after Ankit died.

The appointment of a special public prosecutor, Saxena feels, could have ensured justice for the family. “I want SPPs as I feel the government lawyers are not being able to argue our case properly and the accused are gaining the upper hand. I am also disappointed because having not done anything, they (the government) indulged in propaganda. Instead of healing my wounds, they turned me into a poster,” Saxena said.

According to documents accessed by The Indian Express, the proposal for appointment of special public prosecutors in the case has been going back and forth between the Home and Law Departments of the Delhi government for over one year.

Home Minister Satyendar Jain, citing the July 4 Supreme Court judgment on allocation of powers, recently issued a fresh order around March that senior lawyers Rebecca John and Vishal Gosain be appointed as SPPs in the case. The directions have not been followed.
Miffed with the delay, Saxena had also filed an RTI application with the L-G office to find out the status of the SPP proposal after being told that it was stuck due to jurisdictional issues. But on May 1, the L-G office responded that no such proposal was pending with it.
Ankit was murdered on February 1, 2018. His father’s appeal to not communalise the issue had received widespread praise. Later, the family had also thrown an iftar to send out a message of communal harmony.

“Whatever I had said was based on principles I held dear all my life. That was not to get published in newspapers and earn accolades. And I want to live by those views till my last breath. But I have lost everything, and I have started feeling, if the accused come out and laugh at me how will I feel? I don’t want the issue to be communalised,” he said.