Punjab has over 60 per cent Ravidassia population out the total Dalit population of nearly 32 per cent. Doaba region — Jalandhar, Hoshiarpur, Nawanshahr and Kapurthala districts — of the state has the highest population of Dalits. 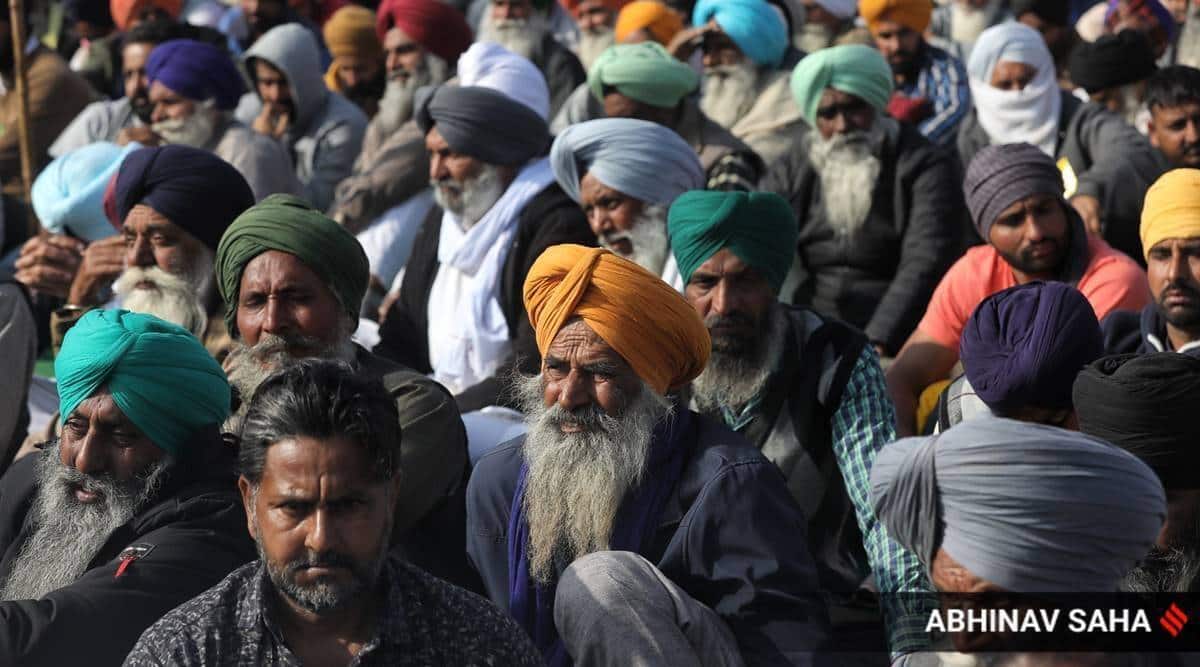 of Guru Ravidass at the Singhu border. This is for the first time that the Jat Sikh farmers will be overwhelmingly joining celebrations for Guru Ravidass Jayanti in an attempt to bridge the divide with the Dalit community, said sources.

Interestingly, during his rally in Mehraj recently, even gangster Lakha Sidhana had stated that Dalits were participating in protests but in limited numbers. He had even appealed to them to increase their participation.

Why Dalits matter in Punjab

Punjab has over 60 per cent Ravidassia population out the total Dalit population of nearly 32 per cent. Doaba region — Jalandhar, Hoshiarpur, Nawanshahr and Kapurthala districts — of the state has the highest population of Dalits.

Also in Punjab, out of 117 Vidhan Sabha seats, 34 are reserved for SCs.

After appointing Sampla as the head of the National SC Commission, Punjab BJP’s organising secretary Dinesh Kumar said: “We cannot ignore the Dalits. The appointment of Samplaji is of great importance as SC and OBC communities that consist of 62.9 per cent of the total population of Punjab and still this section is hardly given any representation by any political party except BJP. Already, Som Parkash ji, who is MP from Hoshairpur, is a Union Minister and now Sampla ji, a former Union Minister, has been made the national Chairman of SC Commission by the NDA government. This is also a Union Cabinet rank. So, it is high time that SC population should think which party is acknowledging them the most.”

He added: “Jat Sikhs comprise about 25 per cent of the population of the state, but SCs are close to 32 per cent of the total population. Hence, we will be going among people with this intention in mind as we are constantly working for the upliftment of Dalits.”

Both Sampla, as well as Som Parkash, are from Ravidassia community from the Doaba region, said Kumar.

Soon after taking over, Sampla said, “I will work for the upliftment of the SC communities and also to provide them due justice.”

Much before appointment as SC Commission chairman, Sampla was seen active in the state and was even meeting families of Dalits who had allegedly faced caste bias.

The BJP also does not shy away from admitting that it is doing this with an eye on the next elections.

Kumar said, “Looking at the 2022 polls, this appointment is very important. We are already reaching out to Dalit population of the state and will be meeting them in future as well. Like, West Bengal, you will see many changes in Punjab politics as well when many faces will quit other parties and will join us. We are hopeful of making our government in 2022, local bodies polls were a farce where Congress followed all unfair means.”

According to Kumar, “BSP came in Punjab with this ideology of representatives of Dalits but they could not achieve anything and hence, we are here to give due representation to Dalits. BJP leader Manjit Singh Rai remained as Vice-Chairman of National Minorities Commission as well from October 2017-October 2020 and now again his file has been sent to Union Ministry, let us see if he gets another role in the minorities commission.”

Zora Singh Nasrali, president of the Punjab Khet Mazdoor Union (PKMU), said: “We too are part of the protest against farm laws along with farmers. However, we are aware that many Dalit communities are being approached by political leaders discouraging them to be part of agitation….We don’t know what political parties such leaders belong too.”

What farmer unions’ are doing

Celebrations of Guru Ravidass’ birth anniversary by the SKM are aimed at broadening the base of the ongoing protest. Farmers even took out a Nagar Kirtan on the eve of Guru Ravidass Jayanti at Phagwara on Friday.

“In Doaba, among the Dalits, Ravidassias are more awakened, educated and most of them are NRIs and settled in various countries across the globe where they have temples of Guru Ravidass. Such celebrations of Guru Ravidass’s birthday by SKM may earn a huge support for the move across the globe by the Dalit NRIs settled abroad,” said a Dalit leader.

Although there are 15 lakh farm laboures in Punjab and majority of them belong to the Dalit community, but in Doaba region there are large number of Dalits who are not farm labourers.

It was Satman Singh Sahni, general secretary of Bharti Kisan Union (Doaba), on behalf of the Sanyukt Kisan Morcha (SKM), who had announced that Guru Ravidass’ birth anniversary will be marked by dedicating the entire day for the celebrations at Singhu where kirtan will be performed and the experts on Ravidassia history and culture will address audiences from the stage to educate people about the life and teachings of Guru Ravidass ji.

“We have been giving the slogans like ‘Kisan Mazdoor Ekta Zindabad’ and now we want to give this unity a practical shape at the ground level and is not limiting it to the slogans only,” Saini said, adding that all our Dalit brothers are important part of our social system and we must understand it.