The state government has now sought a report from the Solapur district administration in connection with the death of the teacher and his family members. Mane had neither been vaccinated nor undergone a Covid test before joining poll duty. 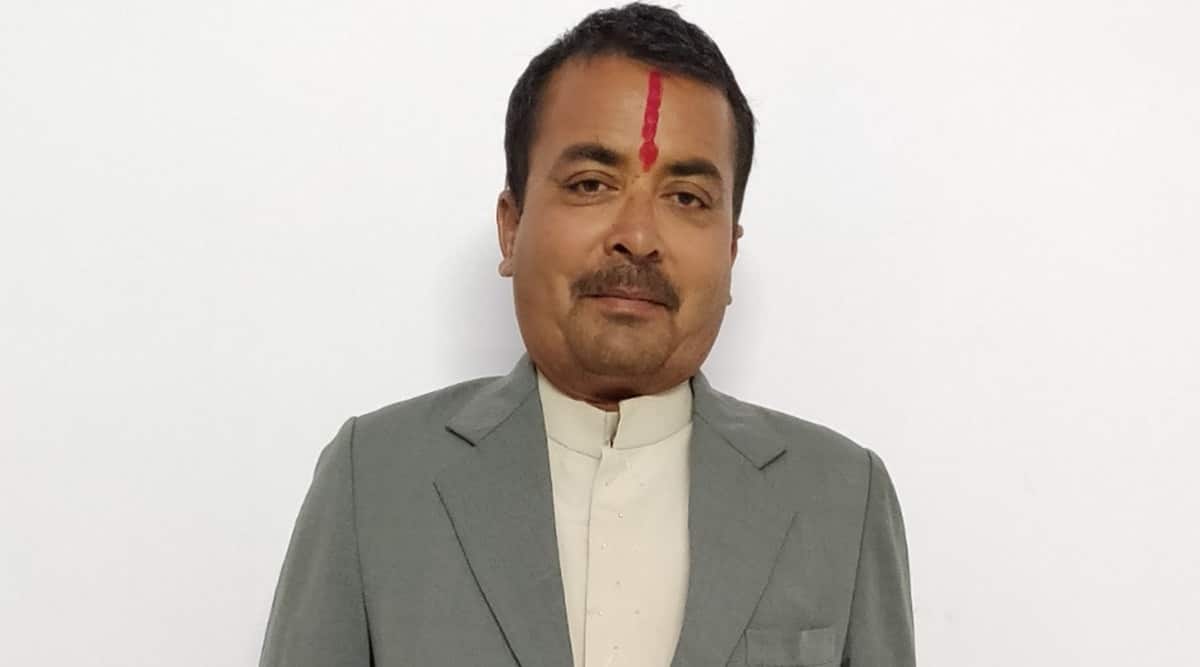 A 52-year-old primary school teacher from Solapur district died of coronavirus infection over a fortnight after he was deployed on election duty in the Pandharpur-Mangalvedha by-election. According to his family, two days after the teacher, Pramod Mane, had returned home to Gherdi village in Sangola taluka of Solapur district after poll duty, he had developed a fever and tested positive for Covid-19.

The state government has now sought a report from the Solapur district administration in connection with the death of the teacher and his family members. Mane had neither been vaccinated nor undergone a Covid test before joining poll duty.

The four members of the family died on four consecutive days, in the same Navi Mumbai hospital, on May 4, 5, 6 and 7.

“My brother died first… Our parents and aunt were in the same ICU. But I didn’t inform them about his death… other members of the family, who were in the ICU, were also not informed about the subsequent deaths,” said Dr Pravin Mane, who runs the hospital in Navi Mumbai area.

It was Dr Mane who decided to shift his brother from a hospital in Sangola. “… I was not happy with the treatment he was getting in Sangola… I decided to take him to Navi Mumbai, where I run a hospital along with my relative,” he said.

After their parents and aunt also tested positive, Dr Mane shifted them to the Navi Mumbai hospital as well.

Pramod, a primary school teacher for more than 25 years, was called for election duty in Pandharpur-Mangalvedha on April 17. He returned home on April 19.

Though the family had urged him to avoid contact tracing, Pramod, who was known for his dedication to work, refused to do so. “He was a dedicated government employee… Despite the fact that he was over 50 and a diabetic, he religiously did his duty,” said Dr Mane.

Dr Mane said all four members of the family suffered some co-morbidity or the other. “They either had heart ailments or were diabetic. Initially, they were doing fine but there was a sudden drop in their oxygen saturation levels and they had to be put on ventilators. Despite our best efforts, we could not save them…,” he said. Pramod had also not undergone a Covid test before going for poll duty.

Dr Mane said he failed to understand how someone, who had a co-morbidity and was unvaccinated, was called for poll duty. “My brother had not taken the vaccine as he was busy with contact tracing work. Then, all his colleagues had decided to go together for vaccination, which did not happen,” he said.

However, he said he didn’t want to link his brother’s death to election duty. “I don’t want to make it look political. My brother did his duty like a committed employee… But because of him, our parents and aunt might have got infected,” he said.

Gajanan Gurav, who served as a Returning Officer till May 4, said, “I have got a call from the Mantralaya… the government has asked me to submit a report in connection to the deaths in the Mane family… I am in the process of submitting the report.”

Gurav said as per his information, the district election office had asked all 2,606 poll staff to undergo Covid-19 tests and also get vaccinated before reporting for poll duty. “The collector had also asked the health department to conduct Covid tests for the poll staff for free,” he said.

Gurav said a day before polling, as many as 35 staffers had Covid-like symptoms and on polling day, 125 staff said they were feeling unwell. “We sent all 35 home and had shifted the 125 staffers to other places, and asked them to seek treatment,” he said.

He said he would also be sending the report to the Election Commission. “The teacher’s family is slated to get compensation…,” said Gurav.