Naravane said “legacy issues and differences need to be resolved through mutual consent and dialogue and not by unilateral actions”. 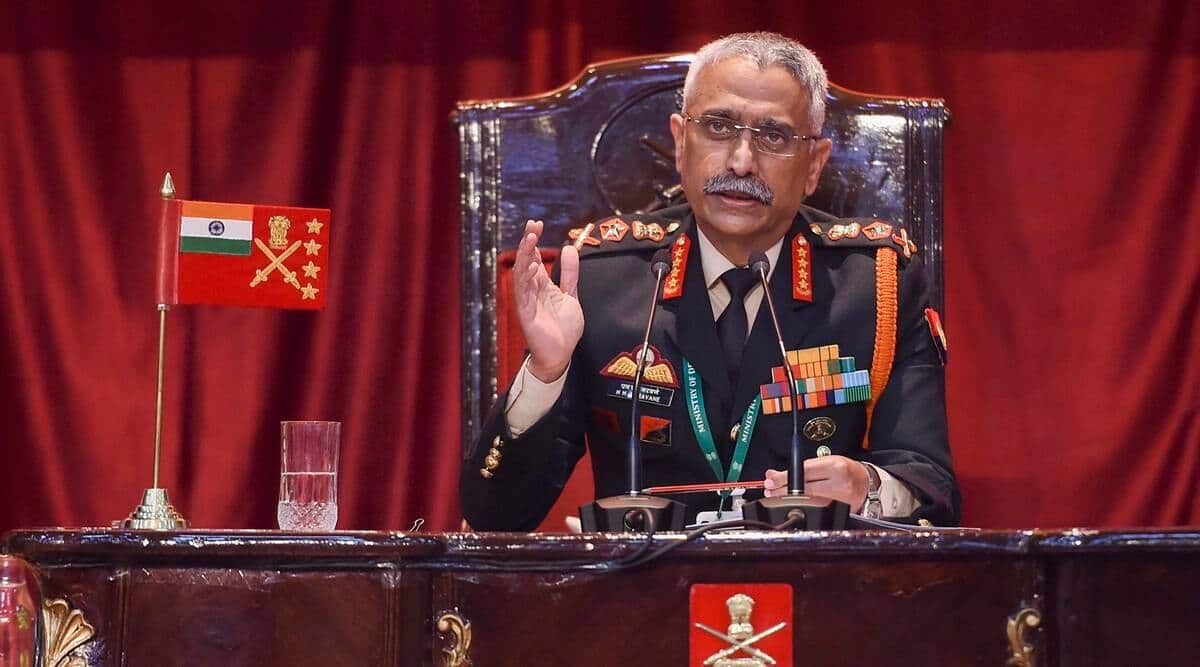 Since the armies of India and Pakistan agreed to adhere to the ceasefire agreement in February, there has been no firing across the Line of Control (LoC) said Army chief General MM Naravane on Monday, and, regarding the standoff with China, he added that the hope is to settle issues through negotiations.

Addressing a symposium organised by the Australian Army, where chiefs of Australian, Indonesia, Singaporean and Japanese armies were present, Naravane said “legacy issues and differences need to be resolved through mutual consent and dialogue and not by unilateral actions”.

The comments come at a time when India and China are involved in an over 11-month long standoff in eastern Ladakh. While disengagement in the Pangong Tso region took place in February, with both sides pulling back from eyeball-to-eyeball situations, in the 11th meeting between senior military commanders on April 9, China refused to withdraw its troops from the Indian side of the Line of Actual Control (LAC) at Hot Springs and Gogra Post.

At the symposium, Naravane said in his address that India has a land border of over 15,000 km, and “active and unsettled borders to our West with Pakistan and to the North and East with China, and of course there are associated challenges”.

“Over time we have developed various mechanisms to address these challenges and move forward,” he said, adding that “progress and development of any nation and the well-being of its citizenry are, to a large extent, contingent on peace and tranquillity on the borders”.

Regarding Pakistan, he said, “we have recently entered into a ceasefire understanding” with their Army in February “and since then there has been no exchange of fire on an otherwise active Line of Control”. This, he stated, “bodes well for the future”.

“With China too, there have been positive developments along the Line of Actual Control, an area where both countries have differing perceptions on the alignment of the land borders. This has led to disengagement of troops in eastern Ladakh. We have recently concluded the 11th round of Corps Commander level talks between the two armies and we hope to settle our other border through further negotiations.”

India, he said, “looks to maintain peace and harmony with all its neighbours and in the region”. “Maintenance of peace and tranquillity requires joint efforts. All nations need to come together to uphold rules-based order, respect international laws and norms and develop mutual respect for each other.”

He also mentioned that India has “strong historical and cultural linkages” with Nepal and Bhutan, and with Bangladesh, he said, “our relations are anchored in shared history and common heritage” and added that both armies have “strong institutional bonding”.

India’s relations with “all its neighbours are on an upward trend,” said Naravane.

The Covid-19 pandemic has “exposed our vulnerability to global supply chains, forcing us to re-engineer our dependencies and work towards self-reliance,” the Army Chief commented, and said for India, it has “become a strategic imperative”.

“The changing character of war is throwing up new challenges for the armed forces the world over. Our own region is witness, that wars are no longer confined to the customary hard core kinetics but being increasingly contested in the ambiguous grey zone.” Naravane said.

“Geo-strategic spaces are being constricted and geo-strategic realities are being altered without physical battles. Conflicts are also steadily moving to the new domains of space, cyber and informatics… The stretching of domains has made the physical boundaries meaningless. Leveraging technology has become a key determinant in future wars.”

Indian Army, its chief asserted, is “on the path of modernization towards a technology-oriented Army” and mentioned that niche technologies “need to be acquired to remain and capable to face future threats”.