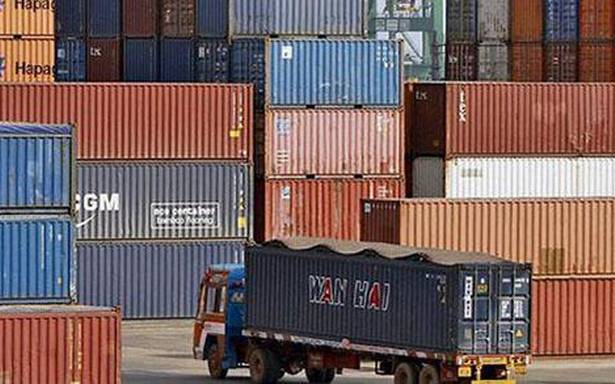 Addressing a press conference here on Monday, Mr. Goyal highlighted the pursuit of export-oriented programmes by the Uttar Pradesh and Tripura governments.

“In every sector, there has been significant growth in exports,” said Mr. Goyal. He claimed that every month’s export data from April to December 2021 had displayed a “historic high”.

Export figures for December, reflected a 37% increase from $27.22 billion a year earlier.

The Minister said the services side, especially the IT sector, had received special focus of the government. “We have seen $178 billion [services exports] in the first nine months and we are well on track to go up to about $230 billion or upwards of that, which will also be a historic high [for] services exports,” he said, explaining that the sector had performed successfully despite the “big setback” experienced by the travel and tourism industry because of the ongoing pandemic.

He also said that credit should also go to India’s diplomatic missions across the world, exporters, industry associations and export promotion councils for collectively working to explore newer global regions and to help expand the “export basket”.