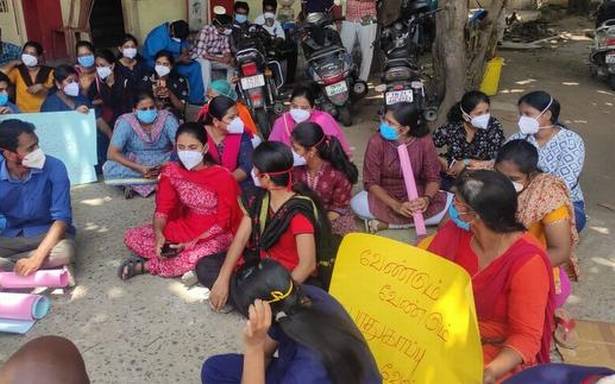 Eleven COVID-19 patients, who were admitted to the Chengalpet Government Hospital are suspected to have died due to non-availability of oxygen, on Tuesday night.

While the district administration denied this, the doctors at hospital staged a a strike on Wednesday, demanding oxygen supply to the hospital.

The victims are yet to be identified by the Chengalpet district administration.

Chengalpet Collector John Louis had initially said that there was a fault in the oxygen supplying machine, which was rectified, but denied that the patients died due to oxygen shortage. Later, he could not be contacted.

While officials said that the district administration has made arrangements, for treating more than 500 COVID-19 patients, a source at the hospital said the hospital had only 450 beds with oxygen facility available. As all the beds with oxygen facility were occupied, patients who required oxygen from Tuesday evening could not be accommodated, and this is suspected to have led to the deaths, the source said.