While INLD's Abhay Chautala will fight to save his party's existence in the Vidhan Sabha, both the BJP and the Congress have also fielded candidates who enjoy significant support in the constituency. The results will be announced on November 2. 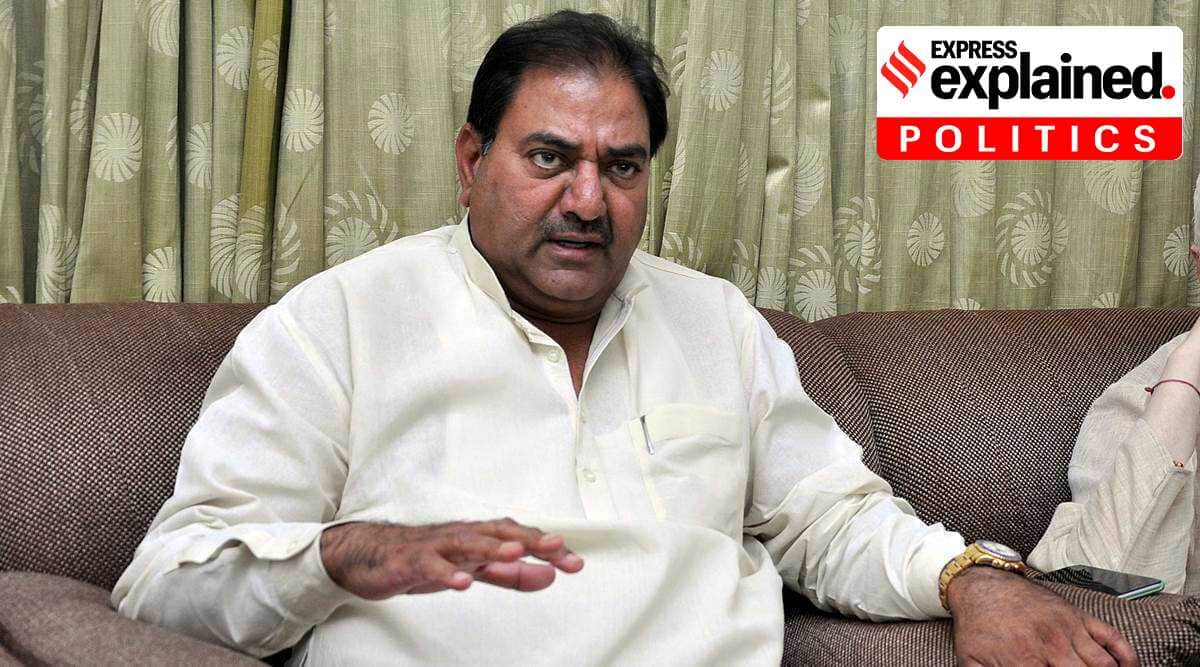 The Ellenabad constituency in Haryana is set to witness a triangular contest – among INLD, BJP-JJP and Congress – during the bypolls scheduled to be held on October 30. While INLD’s Abhay Chautala will fight to save his party’s existence in the Vidhan Sabha, both the BJP and the Congress have also fielded candidates who enjoy significant support in the constituency. The results will be announced on November 2.

What necessitated the Ellenabad bypoll?

On January 27 this year, Abhay Chautala — INLD’s lone MLA — drove a tractor to the Haryana Vidhan Sabha to hand over his resignation to Speaker Gian Chand Gupta. Chautala, who represented Ellanabad Assembly constituency, was the first MLA in the 90-member House to resign expressing solidarity with the farmers. As per the rules, the bypoll had to be conducted within six months, but it got extended due to Covid-19 restrictions.

Will farmers’ agitation have an impact in the bypoll?

It is going to be a tough contest for the ruling dispensation’s candidate as the BJP-JJP alliance is already facing immense opposition from the farmer community over the three central farm legislations.Insiders told The Indian Express that nominating Gobind Kanda was part of the BJP’s strategy, since he enjoys significant support in the constituency. While Chautala claimed that he has got immense support of farmers as he resigned expressing solidarity with their agitation, Kanda is also facing opposition from within the BJP because he was considered an outsider. The Congress, on the other hand, too had been building their entire campaign around the ongoing farmers agitation to woo majority of the rural population of the constituency.

How is it more important for INLD than the ruling dispensation or opposition Congress?

For INLD, the bypoll is far more important than the ruling BJP-JJP or the main opposition Congress. The only way for INLD to keep its existence in the Vidhan Sabha is through this bypoll. If Abhay Chautala fails to secure a victory in Ellenabad, INLD shall stand completely wiped out in the Vidhan Sabha.

For the BJP, a defeat in the constituency would have an adverse impact on the ruling party’s image as it has already lost a bypoll to Congress in Baroda assembly constituency. Despite fielding Olympian Yogeshwar Dutt, the party lost to Congress’ rookie candidate Indu Raj Narwal. A victory in the Ellenabad would enhance BJP’s numbers to 41 and give the party a bit more commanding position over its ally, the JJP that currently has 10 MLAs.

For the Congress, a victory would definitely strengthen its claim that the BJP-JJP combine is losing the people’s mandate. However, a defeat would not impact Congress much as it continues to remain the second largest party in the Vidhan Sabha with 31 MLAs.

Who are the top three candidates in fray?

Ellenabad has traditionally been a stronghold of the Chautala clan. While Abhay’s father and INLD supremo Om Prakash Chautala won from Ellenabad in 2009, Abhay won from the assembly segment three consecutive times, first in the by-elections in 2010, then in 2014 and 2019.

Congress, on the other hand, has nominated BJP rebel Pawan Beniwal as its candidate. Beniwal had contested in the constituency on a BJP ticket in 2014 and 2019. He lost both times to Abhay Chautala. Recently, Pawan quit the BJP and joined the Congress. In 2019, while Abhay got approximately 57,000 votes, Beniwal finished second with about 45,000 votes while Congress’ Bharat Singh Beniwal had got approximately 35,000 votes and JJP candidate OP Sihag had received over 6,500 votes.

What is the demographic position in the constituency?

A majority of the voters in Ellenabad constituency stay in villages. The total number of voters in Ellenabad constituency is 1,85,869 – 98,930 male and 86,639 female as per the website of state’s chief electoral officer. Of the total 190 polling stations in the constituency, 166 are in rural areas and 24 in urban areas. In the 2019 assembly polls, Ellenabad had 1,81,021 registered voters. Due to the majority of rural population among the electorate, it is going to be a tough contest for the ruling dispensation’s candidate since the BJP-JJP alliance is already facing immense opposition from the farmer community due to the ongoing agitation against the three central farm legislations.