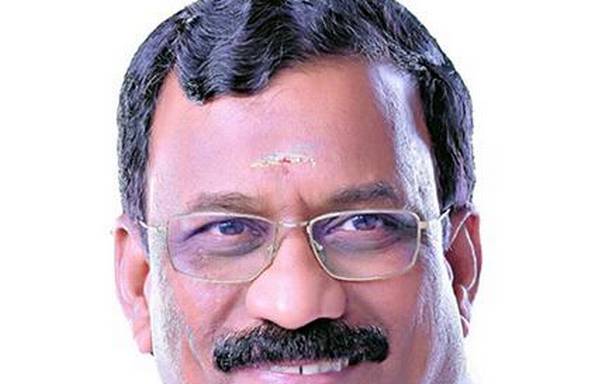 Decision after talks between BJP Central leadership and CM

Ending days of speculation, former nominated legislator representing the Bharatiya Janata Party S. Selvaganabathy has been named as the NDA candidate for the lone Rajya Sabha seat from the Union Territory.

A press release issued by Arun Singh, BJP national general secretary and headquarter in-charge, on Tuesday night said “the BJP central election committee has decided S. Selvaganabathy as the candidate for the biennial election to the Council of States from Puducherry.”

The decision was taken after back-to-back talks between the BJP Central leadership, Home Minister A Namassivayam and Chief Minister N. Rangasamy for the last two days. Mr. Selvaganabathy was nominated to the Assembly by the Centre in 2018 and his term ended in the 14th Assembly. He runs educational institutions and is an RSS sympathiser.

After he called on the Lt. Governor on Monday morning, the Chief Minister had convened a meeting of the party legislators on Monday night at a private hotel. The meeting, which went late into night, had a detailed discussion on the claim made by the Bharatiya Janata Party for the lone Rajya Sabha seat.