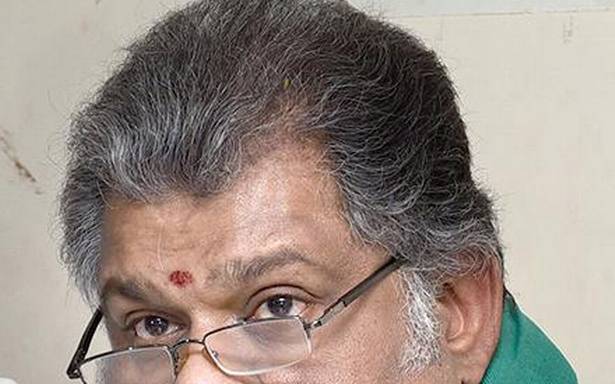 ‘At the same time, the unprecedented hike is hitting the common man hard’

Though the fuel price hike is “temporary”, the unprecedented increase of petrol, diesel and liquefied petroleum gas price is unacceptable since it was hitting the common man hard, Tamil Maanila Congress president G.K. Vasan has said.

Speaking to reporters here on Monday evening, Mr. Vasan said the oil companies that would fix the fuel price based on the crude oil price in the international market had increased the price of petrol, diesel and liquefied petroleum gas, which was only “temporary”. Since the global economy and international crude oil prices were responsible for the fuel prices in India, the price hike had become unavoidable.

Moreover, the COVID-19 and the borrowings by the previous government had made the situation worse now.

“At the same time, the unprecedented temporary fuel price hike cannot be accepted since it is hitting the common man hard,” Mr. Vasan said.

The Tamil Nadu Government should allow the opening of Navodhaya schools in Tamil Nadu and take sincere steps for rejuvenating the Nanguneri Multi-product Special Economic Zone, which was remaining lifeless since 2001 as no hefty industrial investment had been made there to start new manufacturing units, the TMC leader said.

The DMK government, which should fulfill its poll promises, should go by the law in the Kodanadu heist case instead of taking revenge on political opponents.

While allowing the parents to pay 85% of the tuition fee in three instalments, the State government should strictly implement the COVID-19 protocol on the school premises to avert new infections. Since the festival season was fast approaching, the State government should discuss with experts in the Department of Public Health once again on allowing the functioning of educational institutions, Mr. Vasan said.

While speaking to reporters in Thoothukudi, Mr. Vasan said the expansion of the Thoothukudi airport and the seaport should be taken up immediately and completed within the stipulated period to ensure growth in export and import of goods.

On TMC candidates contesting in the upcoming civic polls, he said the party, having good relationship with the AIADMK, would identify winnable segments and field its candidates.