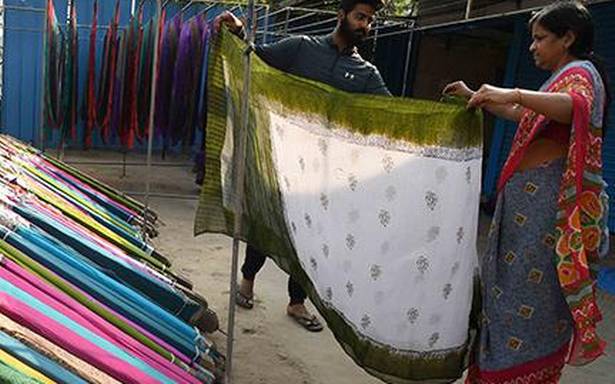 ‘Deferment is big relief to industry’

The textiles and clothing industry, which welcomed the decision of the GST Council to defer the increase in rates for textile products, has sought a permanent solution to the issue.

Sanjay K. Jain, vice-president of the Federation of Hosiery Manufacturers’ Association of India, said the decision of the Council was “a big relief to the textiles and clothing industry.”

He said the industry had proposed 7% to 8% rate to the Finance Minister. However, there was no 8% slab in GST. “We will work for the 8% slab,” he said.

The South Indian Hosiery Manufacturers’ Association president A.C. Eswaran said while the body welcomed the decision to defer the rate increase, “we want a permanent solution. The common man purchases basic wear and garments priced at less than ₹1,000. The rates for these should be retained at 5%,” he said.

According to a press release from the Clothing Manufacturers’ Association of India, the industry was reeling under one of the most severe cost increases in recent years. Now is not the right time to increase the GST on garments, it said.The Association would continue to work with the government on this issue so that there was a win-win solution. The Confederation of All India Traders said the decision to increase the GST rate on footwear should also be postponed.