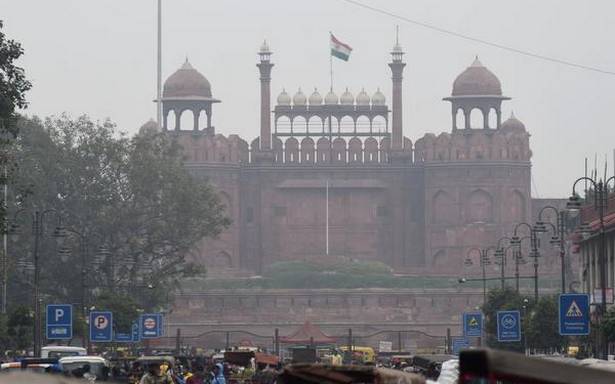 The Delhi High Court on Monday dismissed a petition by the wife of the late Mirza Mohammed Bedar Bakht great-grandson of last Mughal emperor Bahadur Shah Zafar to hand over to her the possession of the Red Fort.

Justice Rekha Palli rejected the petition, noting that Sultana Begum had not been able to give any “justifiable explanation” for filing her case after a delay of over 150 years.

Ms. Begum, in her plea, said she was “the rightful owner of Red Fort as she inherited this property from her ancestor Bahadur Shah Zafar II the king of Delhi and the government of India is illegal occupants of such property”.

In her petition, filed through advocate Vivek More, the 68-year-old said she is currently living in a slum area in Howrah, West Bengal “in very unhygienic conditions”. Ms. Begum, who also claims to be illiterate, said her family was deprived of ancestral property, which was taken forcibly by the British East India Company in 1857, without any compensation.

Justice Palli, however, questioned why Ms. Begum or other descendants of Bahadur Shah Zafar did not raise this issue till today. Everybody knows that Bahadur Shah Zafar was exiled by the British, the judge said adding, “Why was nothing filed in time? If her ancestors didn’t do it, can she do it now?”.

When advocate More tried to justify the delay in filing the petition as Ms Begum was illiterate, the court rejected it saying that this was not a valid justification why steps were not taken in this regard at relevant time. “What were you doing for all these years” it asked.

In her petition, Ms. Begum said that in 1960, the Government of India under the prime ministership of Jawaharlal Nehru recognised Mirza Muhammad Bedar Bakht as the inheritor of the late Bahadur Shah Zafar and a political pension was also granted to him.

She said her petition was filed challenging the injustice done by the British East India company when it dethroned the last Mughal emperor and sentenced to exile in Rangoon (now Yangon in Myanmar). On November 11, 1862, Bahadur Shah Zafar died at the age of 82.