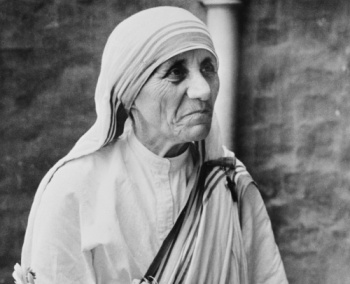 ‘I worked closely with Mother for decades, not once did she say become a Christian.’ 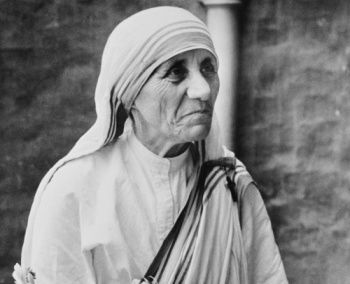 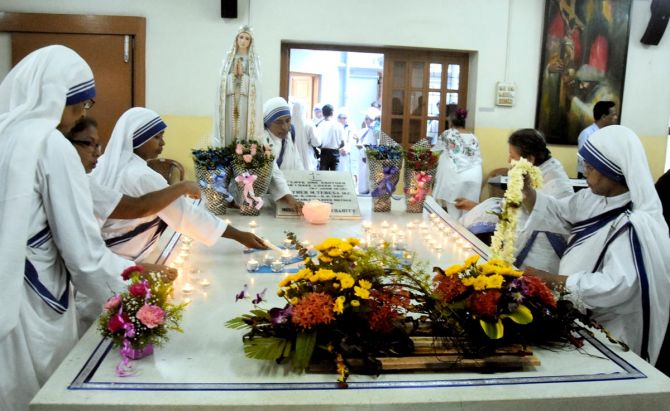 It was in 1966 that I began my association with the Missionaries of Charity. First as a co-worker and then I also took on the responsibility of being the official spokesperson for the congregation.

Mother told me to continue living as I did. Don’t give up travelling. Because of my husband, Naresh Kumar, being a tennis player, we travelled to Wimbledon etc. Mother said just carry on with your life.

By giving me that flexibility Mother made it so easy for me. It has been 56 years and even now I am involved with the order. 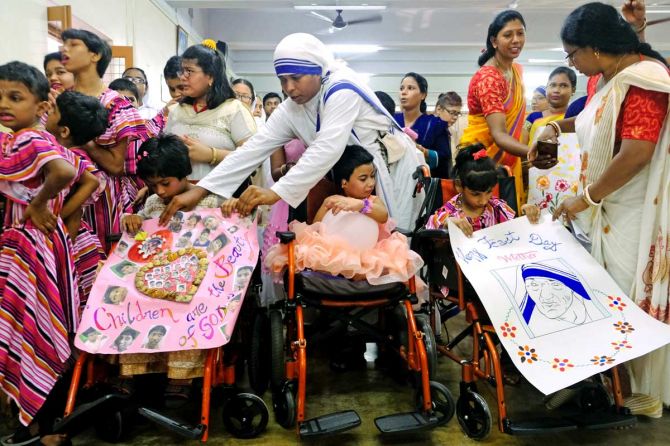 “Mother guided me constantly. Initially I was very reluctant to go to some of the homes to see the work being done for the mentally challenged or the dying. Mother escorted me and on the way told me not to be frightened when I saw them and not to shed a tear.

She asked me to just smile. Her presence made me very comfortable. The inmates were so happy to see a visitor. They extended their hand and, of course, I held their hand. My inhibitions and hesitation slowly melted away. Mother created that strength in me. “Sometimes people come up with wild allegations of children being sold and other stupid stories. But I tell them nothing of the sort is happening. I tell them to visit the home and see for themselves.

Mother would say no matter what work you do, how much you do, there will always be criticism. So don’t worry about it. You just carry on working. 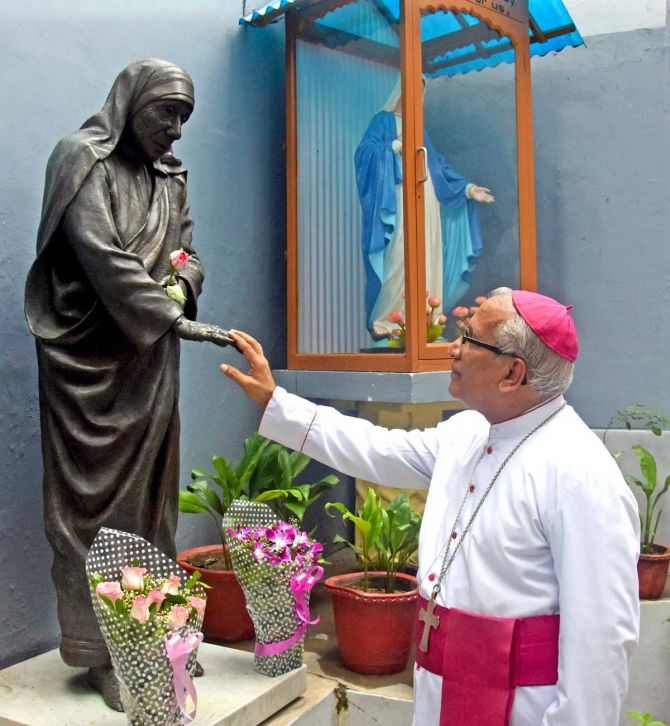 Regarding conversion, I worked closely with Mother for decades, not once did she say become a Christian. On the contrary she respected our faith.

Before every trip we would go and pray with her in the chapel. She would say ‘I’ll bend down, you sit the way you sit for your prayers.’ She would kneel and say ‘Hail Mary’ and we would pray to Guru Nanak and say ‘Ek Omkar’.

She encouraged us. She accepted all faiths. The sisters are following all that Mother stood for even more fervently to please her. Mother is watching them. Nothing has changed in Mother House. 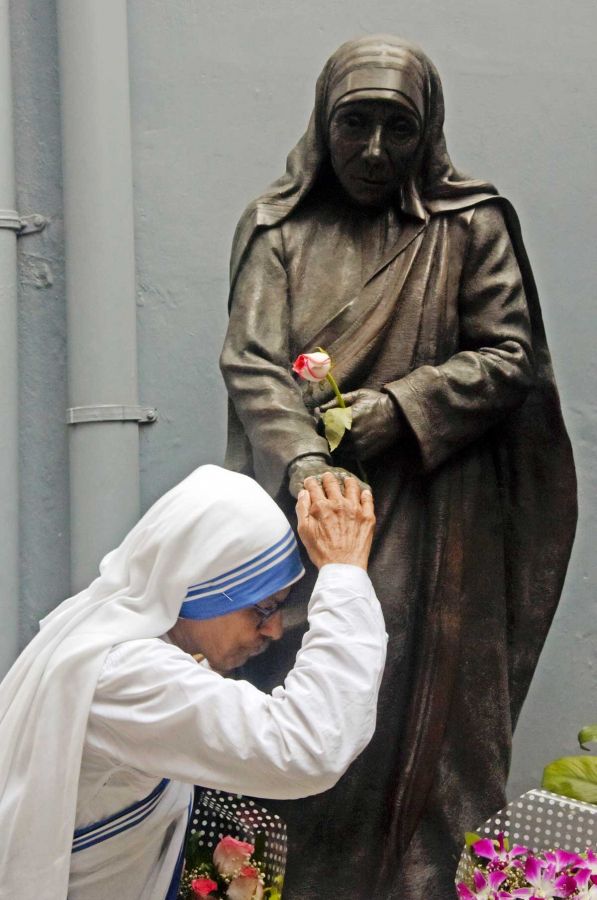 As a 7-year-old child I knew Mother Teresa. Today I am a senior citizen. A year ago I relocated to New Delhi. My memories of Mother House are closely held in my heart. My mother Saroj Khanna was compelled to shift to Calcutta as I was suffering from a rare infection. 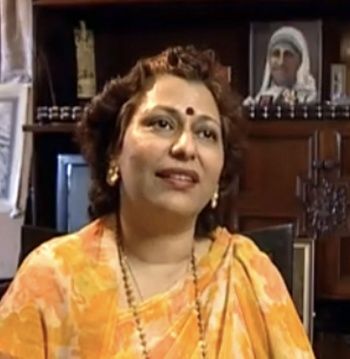 The doctors in Punjab had given up on me. We were told there was a doctor in Calcutta who could help us. It was our destiny that brought us to Mother Teresa’s city. A meeting with Mother changed the course of our life.

My mother began volunteering with the Missionaries of Charity and became a co-worker. She had heard about Mother Teresa’s healing powers. One day Mother Teresa asked her to bring me over.

Mother gave me a sublime smile and an intense look. Then she took me in her arms and said ‘Don’t worry my child you will become all right. I am praying for you.’ 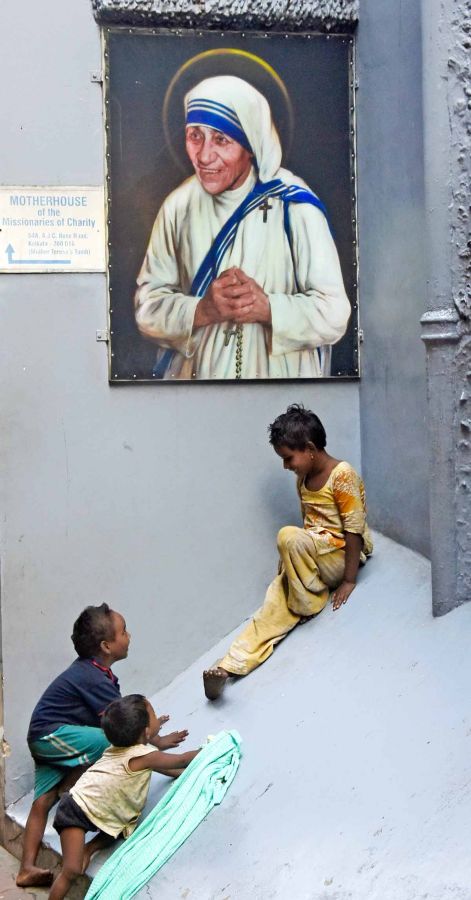 Doctors had thought I wouldn’t survive, but gradually I became absolutely fine and I was off medication. While my Mother went with the Sisters to Nirmal Hriday in Kalighat to serve the dying, I would be in Mother House with sheets of paper and pastels to colour. I would draw the Sisters with their blue-bordered white sari.

I remember an amusing incident. An ebony black dog was nurtured by the Sisters. He would be curled into a bundle. The Sisters had affectionately named him Kaala Bhoot! One day I drew a picture of him. When Mother saw my work of art, she picked up the drawing and showed it to the dog, ‘See how well Ritu has drawn your portrait!’ I was a child and just dissolved into giggles!

Mother’s humility, sweetness, the love in her words and actions touched my heart. Whenever my mother and I faced any problem, Mother would hear us and miraculously the problem would be sorted.

She was my muse, my favourite subject. Whenever I would paint, Mother would appear in the painting. I had done a hundred paintings with Mother as my theme.

It has been 25 years of her leaving us. I miss my mentor, my inspiration, my deity. Even before she was canonised in 2016, I kept her picture in my temple at home. For me she will always be the Goddess of Mercy.