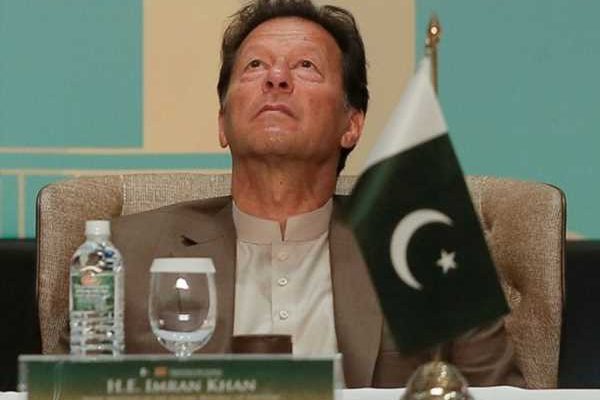 Imran Khan-led Pakistan Tehreek-e-Insaf government on Saturday filed a review petition in the Supreme Court challenging its decision to declare the ruling of the deputy speaker to dismiss the no-confidence resolution against the prime minister as unconstitutional.

In a body blow to Prime Minister Khan, Pakistan’s Supreme Court on Thursday unanimously struck down the ruling by deputy speaker Qasim Suri on the rejection of the no-confidence motion against him and ordered restoration of the National Assembly, saying the prime minister’s move to dissolve Parliament and call early elections was “unconstitutional”.

In a landmark 5-0 verdict, a five-member bench headed by Chief Justice Umar Ata Bandial ruled that the deputy speaker’s ruling was “contrary to the Constitution and the law and of no legal effect, and the same are hereby set aside.”

The petition, the copies of which are available to media, urged the apex court to “review, recall and set aside” its order, “which is based on errors floating on the surface” and “the captioned causes be dismissed/discharged”.

The government’s counsel further appealed that the execution of the “impugned order be suspended”.

The review petition argued that the court order, in the absence of any detailed reasons, was not a judicial determination according to Article 184(3) of the Constitution which states that an issue needs to be of public importance if the court has to have jurisdiction on it.

The petition further said that the order has given a “time table to proceed in the National Assembly which amounts to interfering in the affairs of the house/NA”, which is in violation of the Constitution.

The petition also pointed out that the procedure for a no-trust vote was elaborately provided in the Constitution and, therefore, “the honourable apex court is not entitled to micro-manage the affairs of the Parliament”.

Meanwhile, the National Assembly is in session to implement the order of the top court to conduct the vote of confidence.

The members of the PTI were making long speeches, clearly to buy time to delay the crucial vote.

Speaker Asad Qaisar has said the apex court verdict would be implemented in letter and spirit.

Pakistani media has reported that the vote on the no-confidence motion may take place after Iftar.