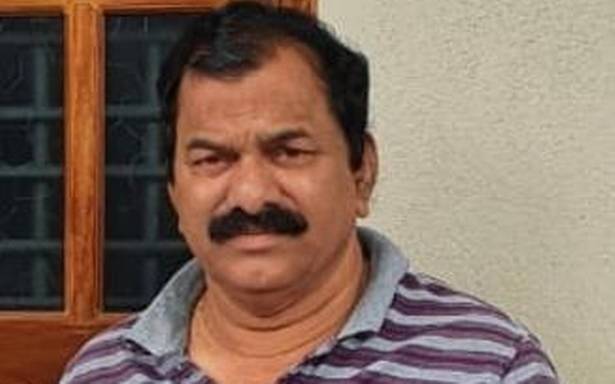 The accident occurred near Hiriyur on July 1 night

Journalist Ramu Mudigoduar, 55, lost his life in an accident while following the ambulance carrying the mortal remains of his deceased sister to his native place.

The accident occurred near Hiriyur in Chitradurga district on July 1 night. Mr. Ramu’s sister had passed away in a Bengaluru hospital. He was heading to Hirekerur in a car, following the ambulance carrying his sister’s body. His car hit a truck. He died on the spot.

He was also president of Taluk Kannada Sahitya Parishat and held a few other posts. He is survived by his wife and two children.

The Karnataka Union of Working Journalists (KUWJ) and HDUWJ mourned his demise.