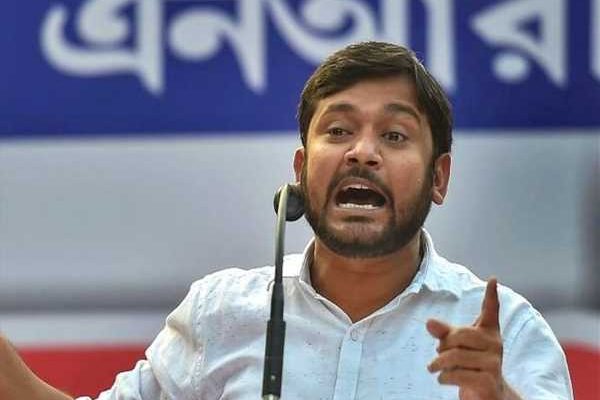 ‘Kanhaiya is eager to play a more active political role as a young leader of a major mainstream party.’ 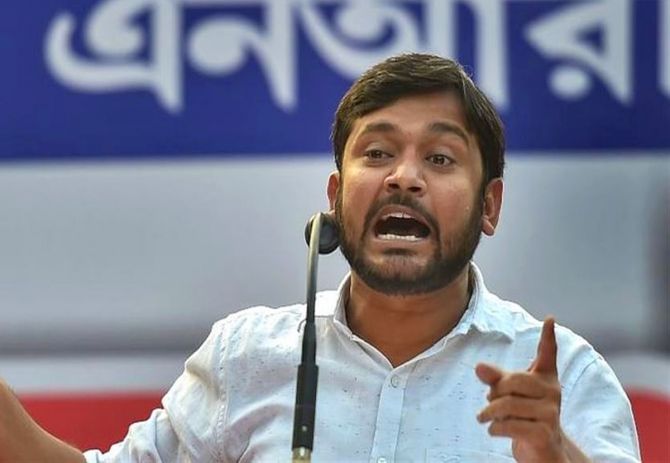 Kanhaiya Kumar, former Jawaharlal Nehru University Students Union president and firebrand Communist Party of India leader, is set to change his ideological position from ‘Left’ to ‘centre’, as he is set to join the Congress on September 28.

Speculation is rife as to what led him to change his politics. For, a few years ago, Left-leaning intellectuals, liberal-progressive activists and CPI leaders and workers saw in him a ray of hope for the revival of Left politics not only in Bihar, but across the Hindi heartland thanks to his aggressive political tone and sharp oratory skill.

“Kanhaiya Kumar has not changed, he is still a hard critic of Narendra Modi and hardly misses a chance to fight against the RSS-BJP (Rashtriya Swayamsevak Sangh-Bharatiya Janata Party)’s Hindutva politics. But he is eager to play a more active political role as a young leader of a major mainstream party,” says a young activist, closely associated with Kanhaiya since he unsuccessfully contested the Lok Sabha polls in 2019 as the CPI candidate from Begusarai in Bihar.

Kanhaiya hit the national headlines in 2016 when he along with other student leaders from the Jawaharlal Nehru University were arrested on the charge of sedition.

Then Kanhaiya’s mother Meena Devi told this correspondent that he was targeted for his Communist ideology as he has been challenging and countering the BJP, the RSS and the Akhil Bharatiya Vidyarthi Parishad in and outside the campus.

As per reports, the popular ‘Comrade’, who would smile at being greeted with ‘Lal Salaam’ will cease to be one from Tuesday when he will join a long list of former JNUSU presidents from Left party student politics to join the Congress. 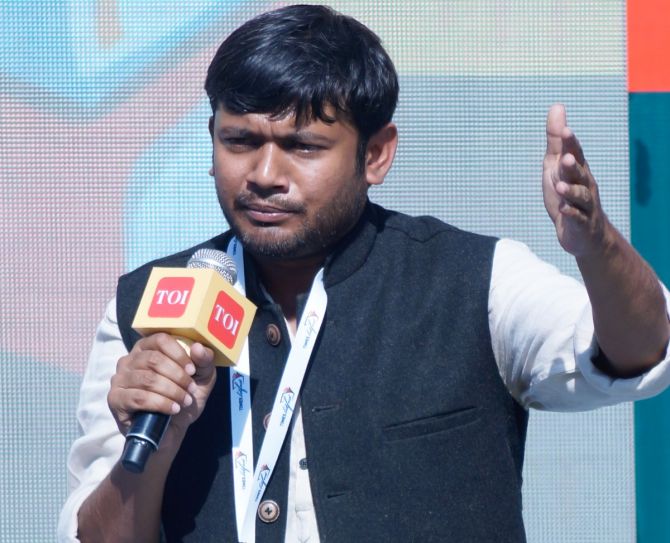 According to sources close to him, Kanhaiya was uncomfortable with the CPI and not happy with the way he was being treated by the party, particularly by local leaders (in Bihar and Begusarai), despite his association since childhood with the party.

“Kanhaiya was disappointed when in January 2021, the CPI at its three-day national council meeting in Hyderabad passed a censure motion against him for his unruly behaviour at the party’s Patna office in December 2020. It was a clear cut action against him that did not go well,” another political activist close to Kanhaiya said.

Sensing the action against him, Kanhaiya did not attend the meeting in Hyderabad despite being a member of the national council. Later he played the incident down.

Kanhaiya was also not happy with the functioning of the CPI old guard in Bihar, mainly in his home district of Begusarai.

“Kanhaiya was ignored by them and they played all tricks to cut him to size and create hurdles for him, fearing that his rise would end their dominance of decades.

“The apathy of local party leaders always hurt Kanhaiya, who had made up his mind not to go anywhere. Vested interests of some senior CPI leaders in Bihar forced him to change his political equations,” an activist points out. Taking advantage of Kanhaiya’s growing distance from the CPI, some Congress leaders approached him and even facilitated his meeting with party leader Rahul Gandhi twice.

Kanhaiya was reportedly asked by his coterie in Delhi to go ahead and take an ideological shift in view of the shrinking CPI base.

“Kanhaiya was impressed by the logic to work with a party to get the maximum hit of his political fight against the powerful BJP,” says someone who knows him.

“As the CPI is longer enjoys a stronghold in rural Bihar and the party has lost its say in state politics,” he adds, “it has been facing a lack of resources. Kanhaiya was told that all his energy will be put to revive the party in place of fighting fascist forces.”

Interestingly, a senior Bihar Congress leader, who along with Kanhaiya, took out a state-wide yatra against the CAA-NRC last year, and who is known to have persuaded him to join the Congress, is out of the country now.

Sources in the Congress said the party invited Kanhaiya to join its ranks so he can help in the crucial assembly polls in Uttar Pradesh next year.

“Kanhaiya’s communication skills in Hindi and his capacity to draw people will be useful for the Congress.”

In February 2021, when Kanhaiya Kumar met senior Janata Dal-United leader and Bihar Minister Ashok Choudhary at his residence in Patna, it raised many eyebrows. Ashok Choudhary, who is seen as close to Chief Minister Nitish Kumar, later termed it a normal meeting.

Kanhaiya belongs to the powerful upper caste of Bhumihars, but the fact is that his family background is poor. This, and his Left-liberal image and fight for the oppressed rule him out as the community’s natural leader.

The CPI widely projected Kanhaiya as the voice of the marginalised, deprived, poorest of the poor and people in distress. Ironically, he was absent on the ground in Bihar during the first and second waves of the Covid pandemic.

This was raised by many ,but the CPI chose to keep mum over it.